Justin Bieber has written an… interesting poem about his wife Hailey.

Posting a photo of her looking typically gorgeous and windswept in Paris, Justin said he was compelled to “publicly honour” her as “God’s greatest creation”.

Have a read of it here:

Sunlight falls into the Abyss Just like i fall into your lips Waves crash onto the shore My love for you grows more and more Sound of the crickets a true meditation I think about you, Gods greatest creation. As i fall into this blissful state I ponder on how you’re my one true SOULMATE Its getting dark to dark to see A chilling breeze embraces me The smell of camomile fresh from the garden My life is a movie that both of us star in. Speaking of stars I’m starting to see some They light up the sky, reminds me of my freedom How big and how vast our world is around us So grateful for god we were lost but he found us So i write the poem with him always in mind Things all around us Just get better with time. I fall more in love with you every day! You have walked hand and hand with me as I continue to get my emotions, mind, body and soul in tact! You have given me so much strength, support , encouragement and joy. I just wanted to publicly honor you, and remind you that the best is yet to come! Have a great shoot today my love!

Some couplets we enjoy:

Sound of the crickets a true meditation
I think about you, God’s greatest creation

Look, it’s not going to set the literary world alight, but it does make Hailey sound like a living angel. So good for her, we guess.

Even if things between the Spice Girls are rocky right now, we have one thing to look forward to with this tour, because fans think Drake is designing the merch. 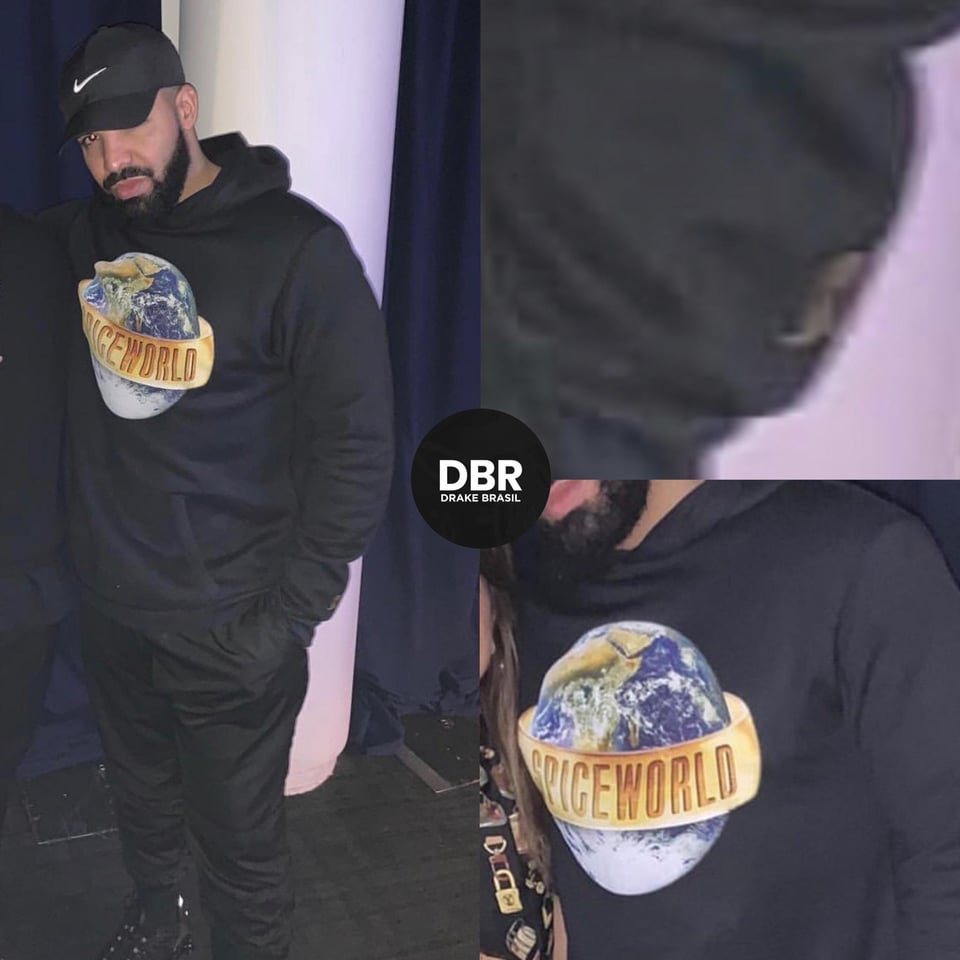 OK, it’s a reach. But fans are taking it as a sign that OVO is going to produce the merchandise for the tour. Either way, we want to know where he got this hoodie. C’mon Drizzy.

Yesterday, Kim Kardashian shared an adorable photo of her and Kourtney dropping North West and Penelope off on their first day back at school after midterm. The little uniforms!

North is wearing a pair of white Converse with her school clothes, which is pretty normal considering her parents’ usual getups – but Penelope is making up for that with her Gucci loafers.

Fans were quick to criticise Kourtney for dressing her daughter in €343 shoes, saying, “I also wore my Gucci mules to primary school.”

Oh come on. She’s a member of one of the world’s most famous families. They’re swimming in cash. Who is honestly surprised the child is wearing shoes worth hundreds of dollars? Not us.

And finally it’s time for… #SponConCorner

Spon con = sponsored content. Who’s flogging what, and why?!

Breakfast at 5:30pm @blisssanctuaryspaforwomen body clock a little bit way ?? AD | Did you know @danielwellington watch straps are interchangeable?! It’s your last chance to get an extra strap free with every watch purchase (until 10th April) & with my code ELLIEBROWN you can get an additional 15% off on too! Available at www.danielwellington.com and in DW UK stores!

Both Ellie and Zara from Love Island are currently doing ads for a ‘women’s sanctuary’ in Bali, which is a) jammy and b) probably needed after a year of being messed around and dumped by useless lads. According to its website, the sanctuary offers women-only retreats with lots of yoga, massages, and healthy food.