Insta Creep: Khloe Kardashian Attempted To Twerk For Tristan Thompson, But He Didn’t Even Notice…

Khloe Kardashian tried to do a sexy dance for Tristan Thompson but eh, it didn’t really work out. Awks.

After a 2018 filled with sizeable ups and downs, Khloe and Tristan rang in the New Year together in a club in Cleveland. In a clip posted to a pal’s Instagram Story, Khloe (attempts to) twerk on her BF, then turns around to give him a kiss… but he wasn’t paying a blind bit of notice to her.

After failing to get his attention, she rolls her eyes and mutters “I don’t know” to whoever was taking the video:

Khloe wants to twerk but her man is not interested ??

We’ll give Tristan the benefit of the doubt – he was just distracted in that moment and otherwise is doing his utmost to prove to Khloe that he loves and respects her after putting her through so much last year. Here’s hoping!

Happy new year from a remote but beautiful land far away where wifi often eludes us but 2019 will not. Best to one and all in this coming year for good health, adventure, time with loved ones, patience, humor, perseverance, joy, good love and good loving. X, SJ

The SATC actress and her husband Matthew Broderick have had a holiday home for years and years, and often come to take some time away from the glitz and glamour.

Wishing her followers a happy New Year, she said she was celebrating in “a remote but beautiful land far away where WiFi often eludes us but 2019 will not.”

She followed up with a video of the gorgeous landscape surrounding their home, taken on January 1:

She’s dead right going on holidays right now. We’d do the same if we could. 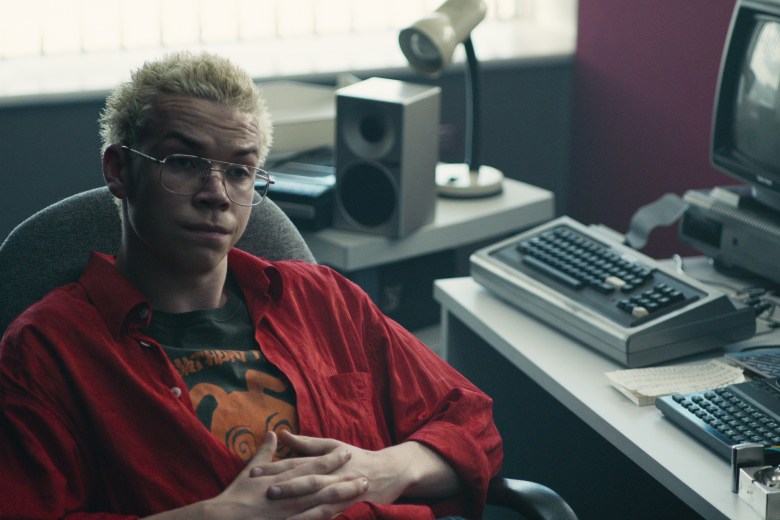 Black Mirror: Bandersnatch actor Will Poulter has left social media after the reaction to his role in the interactive episode turned nasty.

Will played game programmer Colin on the show – and while he didn’t say exactly what caused the decision, fans believe it’s due to bullying over his appearance.

Thanking everyone who has watched Bandersnatch in a statement on Twitter, he said that in the interest of his mental health he’d be stepping back from social media, but still posting for the anti-bullying organisations he works with.

“I am privileged to have this platform. I hope that this shift to reduce my personal expression and increase the focus on issues that matter will result in a better outcome for everyone,” he wrote.

i can’t believe twitter rly bullied will poulter for his looks and made him have to step back from social media because of it. this is disgusting. he is an amazing person and it’s not funny to make fun of someones appearance. it’s not okay.

Why can’t people just be nice for once in their goddamn lives?

Yesterday, Chrissy slagged Kim Kardashian over Bird Box, that Netflix film you’ve been hearing about for the past week or so. Kim and Chrissy are poles apart when it comes to being plugged in to the internet, aren’t they?