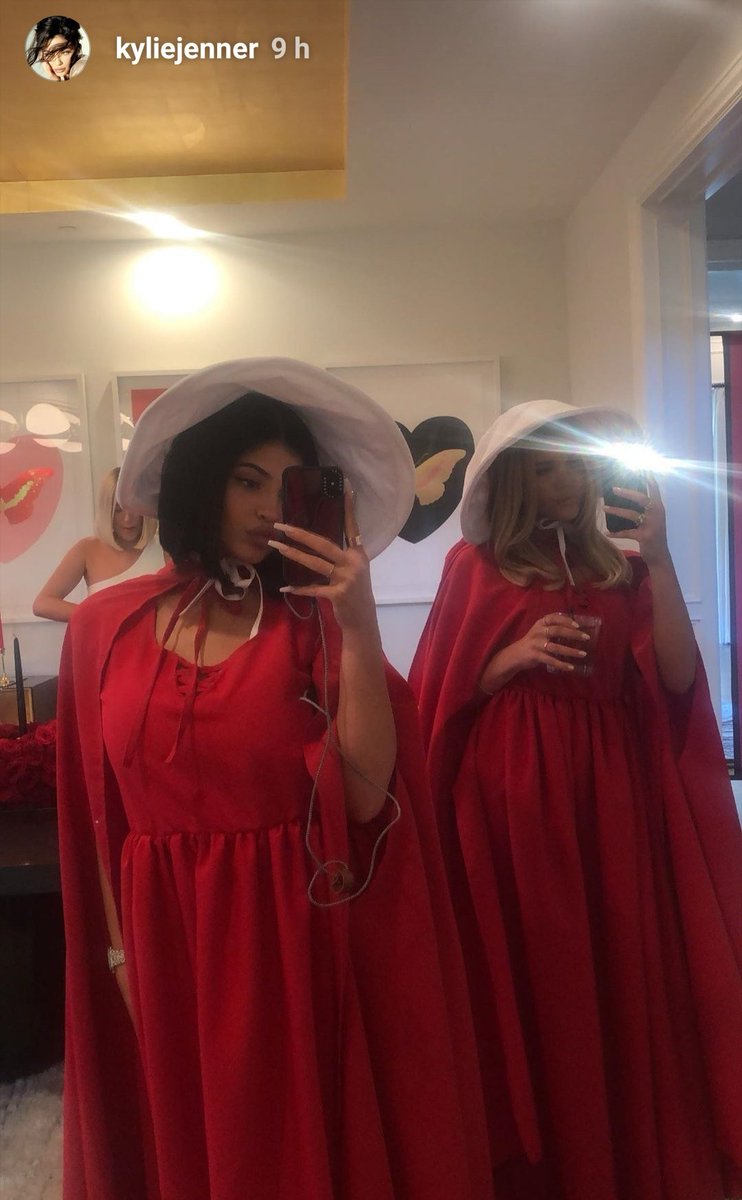 The party was held in Kylie’s house, which was decorated with red drapes and Gilead flags – Kylie captioned a video of the setup: “You know The Handmaid’s Tale is my favourite show ever… so for Stassi’s birthday… welcome to Gilead.”

The reality TV star provided her guests with the red robes and white bonnets worn by the Handmaids in the series, and women dressed as Marthas (domestic servants to the wealthy families of Gilead) greeted them at the door with a “Praise be”. 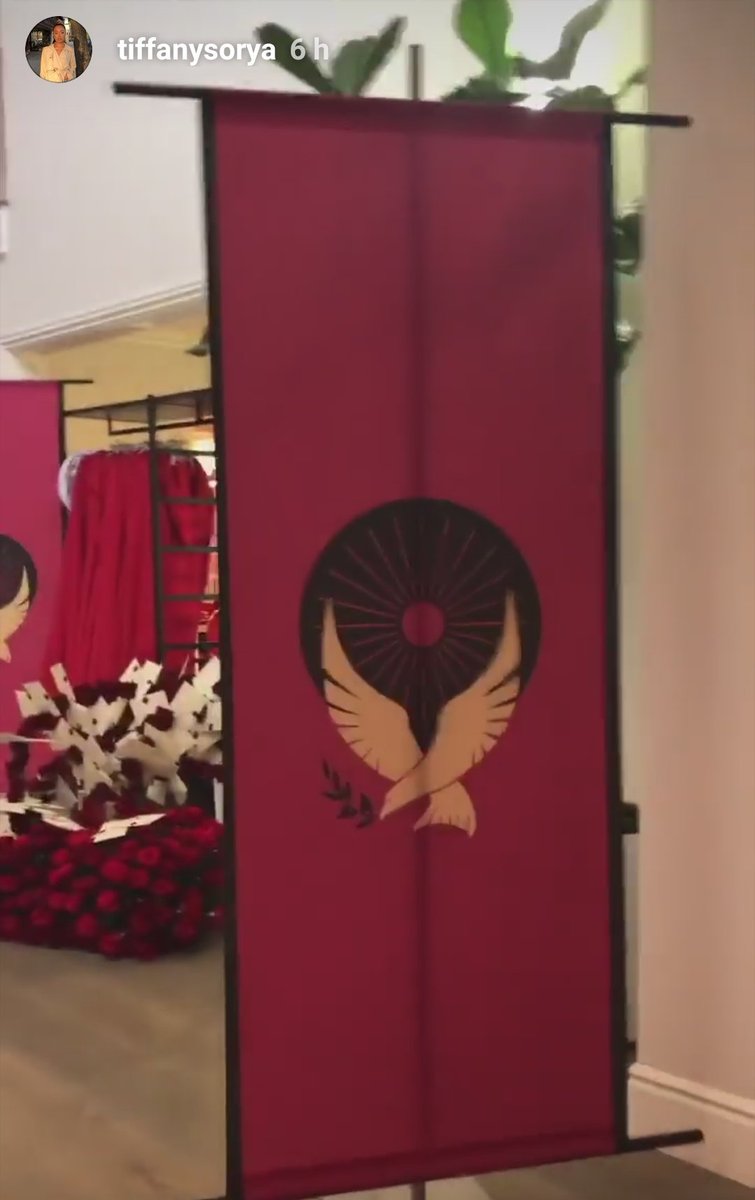 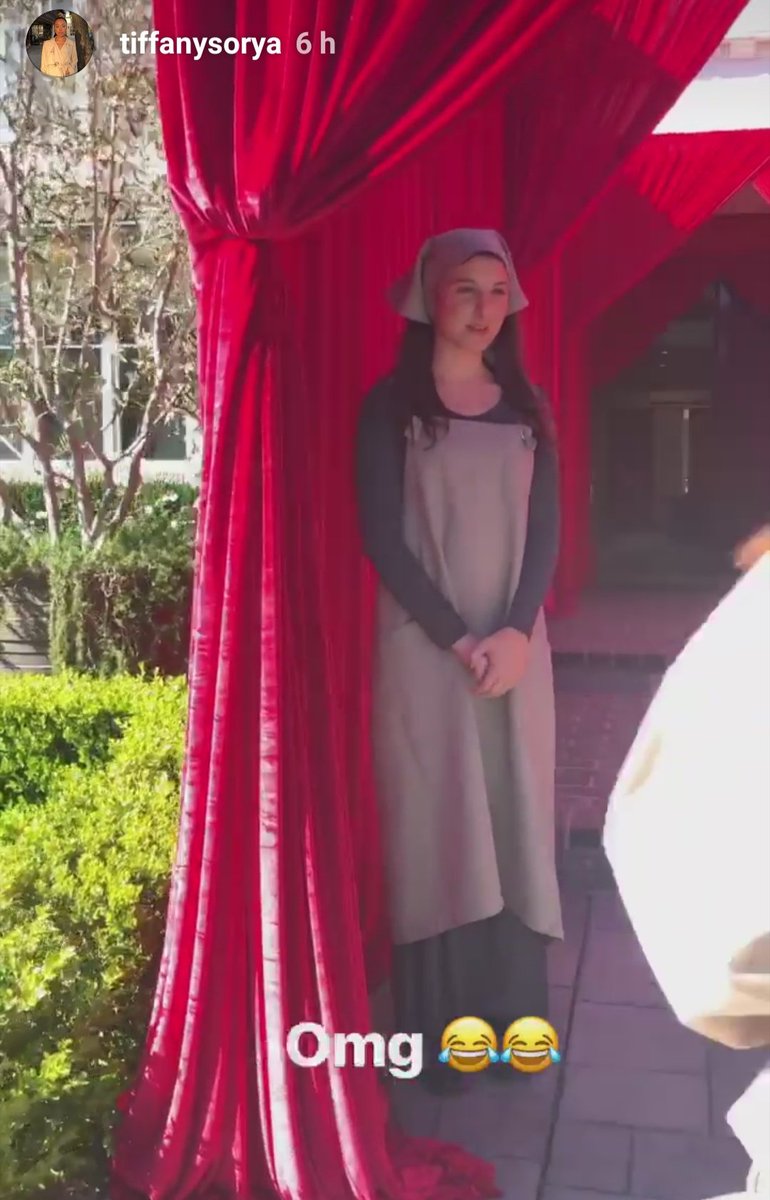 In another video, Kylie talks her followers through the cocktails she was serving for the evening, which included ‘Praise Be Vodka’ and ‘Under His Eye Tequila’. 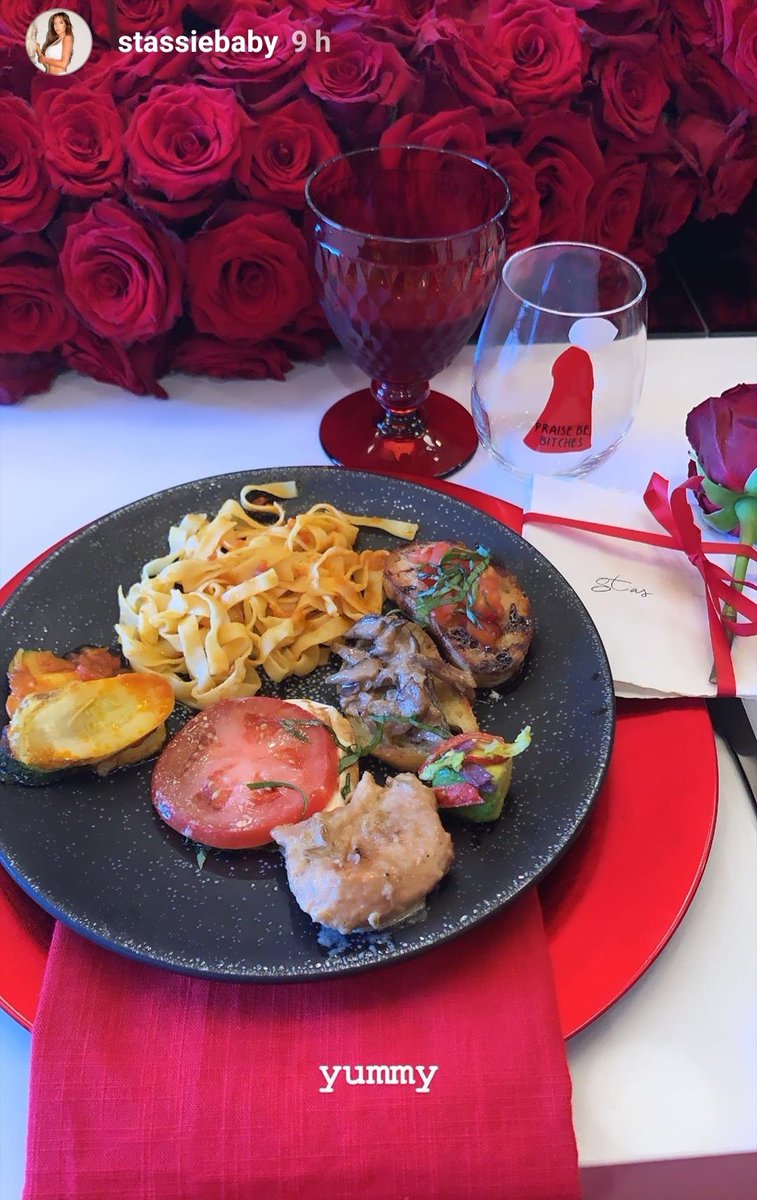 Nothing says ‘happy 22nd birthday’ like cosplaying as enslaved women from a dystopian near future, right? Never mind what’s actually happening in their own country with reproductive rights. And we must scream.

Do not let Amber see you in those shades, Curtis. #LoveIsland

Eh, are the Love Island producers leaving out the bits we actually WANT to see?

Love Island: Unseen Bits airs on Saturday nights, and as you might have guessed, is made up of unseen footage from the villa. But sometimes that footage is better than what we actually get.

Case in point, this clip of Curtis teaching the boys how to salsa:

We’ve been waiting for Dancing With The Stars pro Curtis to show off his moves in some way, and you stick it on the round-up show? Rude AF.

Y’all ready for DIAMOND to come to a theater near you this fall ? HUSTLER MOVIE !

Cardi B has shared a photo of her extremely swollen feet as she continues to recover from a ton of plastic surgery.

The rapper recently revealed that she’s been experiencing complications from getting liposuction and a boob job after giving birth to her daughter Kulture.

On stage at a music festival last month, she told fans: “I should have cancelled today. I shouldn’t be performing because moving too much is gonna f**k up my lipo. But bitch I’m still gonna get my motherf**king money bag, let’s go.”

My @Fashionnova collection drops at 9pm pacific time .I PUT SO MUCH TIME IN THIS COLLECTION I HOPE YOU GUYS LOVE IT ❤️❤️❤️❤️ Yes this is one the pieces.

She subsequently cancelled the remainder of her tour dates – and to quash rumours that it was because of poor ticket sales, she showed her swollen feet to the world.

Look how swollen my feet get every time I take flights my stomach gets even more puffy. Reasons why my doctor told me to chill on shows cos my feet and stomach burn when I get puffed up, NOT due to ticket sales.

A vision in lilac! This morning on This Morning, Holly is wearing a skirt by Zara, which is €49.95 and still very much in stock. There are no complaints about the outfit, though one outraged commenter is demanding that ITV “rehang that cupboard door, it’s been off ages”. Can’t say we noticed, but… OK.