Insta Creep: Liz Hurley Is Back In THAT Safety-Pin Dress, 25 Years Later…

What a surreal day. It still feels like I’m floating. Thank you to the Hollywood Chamber of Commerce and the @hwdwalkoffame for this tremendous honor. And having my family (actual and #thisisus) and loved ones on hand to celebrate? Nothing better. Thank you to the best boss, Dan Fogelman and @theshanewest for the kind remarks too. To say that I’m grateful to still be doing what I LOVE and then for this kind of acknowledgment after 20 years in the business is a massive understatement. Thanks for sticking w me, friends. ???? by @photobyjennajones

Mandy Moore and Shane West took us on A Walk To Remember again. Are you ready to get in your 2000s girl feelings?

The This Is Us actress received a star on the Hollywood Walk Of Fame earlier this week, and her teen movie co-star surprised her by saying a few words.

“Not only was [A Walk To Remember] a wonderful experience in every way, it gave me the chance to fall for this fantastic woman,” he said. WEEP.

Stars have always sort of been our thing. Thankful to @theshanewest for his kind words on this very special day, one which I will never forget. It was a walk (of fame) to remember.?

We didn’t know we needed this so much today, but we did.

Ariana Grande perfectly responded to a follower who criticised the amount of photos she was posting.

Ari has always been quite prolific on the old ‘gram, prone to posting in bursts – so maybe this person is new? Anyway.

“U literally posted more than 40 pics in less than a week,” the follower wrote, to which the singer responded:

149 million, to be exact. #CommentsByCelebs

As @commentsbycelebs points out, she has 19m followers, which must be difficult to get your head around sometimes. The fact that she’s even responding to @kvrrrennn is a miracle. Please, Ariana, post as much and as often as you like. 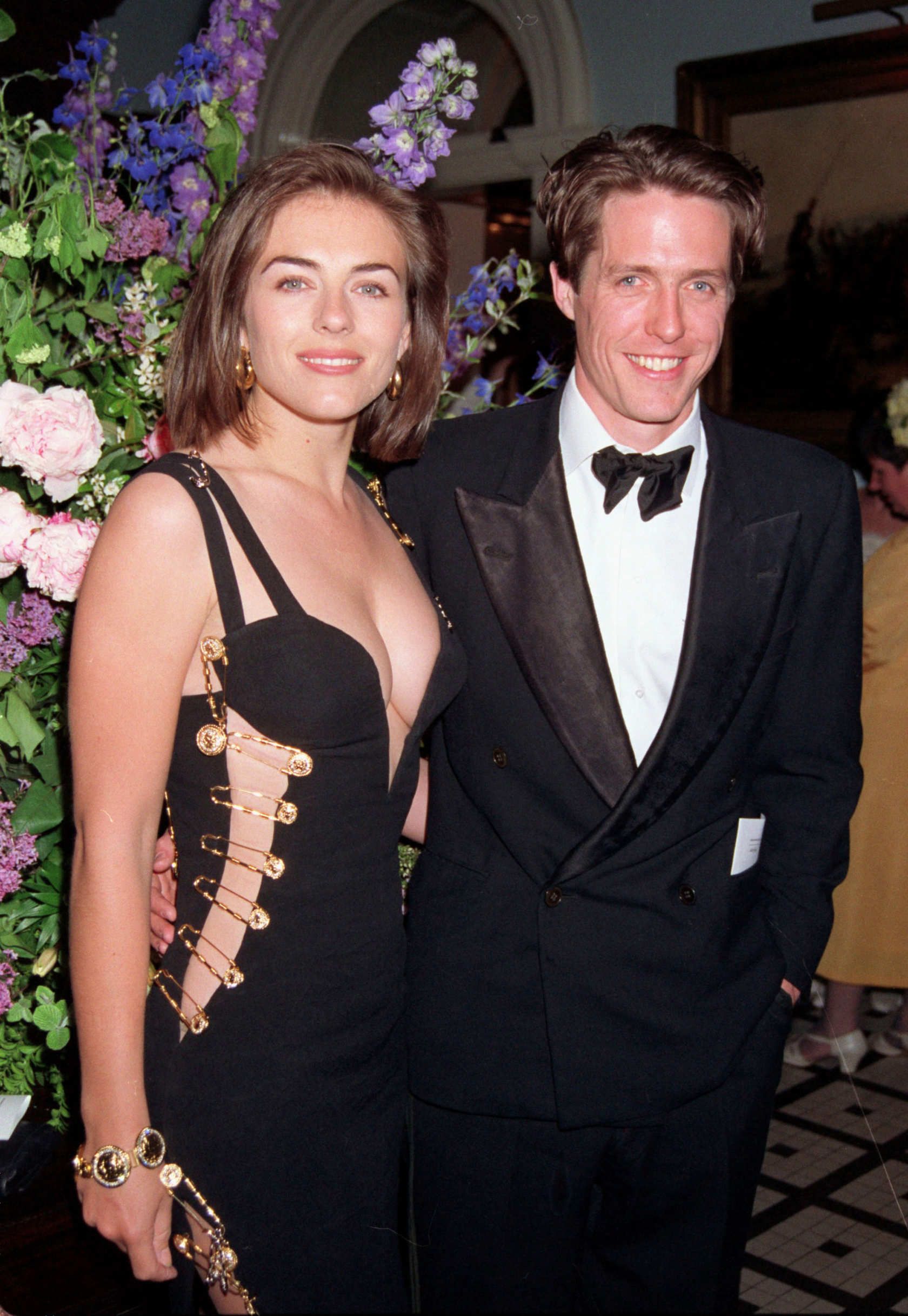 Elizabeth Hurley is back in a Versace safety-pin gown, 25 years after her fashion moment at the premiere of Four Weddings And A Funeral.

Liz became instantly famous in 1994 when she showed up to support then-boyfriend Hugh Grant wearing a plunging Versace dress held together by gold safety pins. It was truly the gag of the year.

Now, Harper’s Bazaar have gotten her to model a new version of the dress – this one is a little more ‘demure’, with one full sleeve and less of a plunge, but it’s still got the va-va-voom:

“I urgently needed to find a dress to wear for Hugh’s premiere, and in those days I had no idea about fashion. I remember going to an office where they literally fished a dress out of a white plastic bag. I took it home and did my own hair and makeup, fighting Hugh for the mirror…” #ElizabethHurley revisits the unforgettable night—and iconic #Versace gown—that forever altered her life in our April 2019 issue. Link in bio. Photography by @damon_baker Fashion editor @ann_caruso Interview by @fgolfar Hair by @serenaradaelli Makeup by @francescatolot

Nyasss. Speaking to the magazine about that night, she said the dress was a last-minute acquisition: “I urgently needed to find a dress to wear for Hugh’s premiere, and in those days I had no idea about fashion.”

I remember going to an office where they literally fished a dress out of a white plastic bag. I took it home and did my own hair and makeup, fighting Hugh for the mirror, which wasn’t even full-length, in our tiny one-bedroom flat.

She looked fab then, and she looks fab now. Teach us your ways, Liz.

Me and my guy @richwilkersonjr

Justin Bieber has opened up about how he’s feeling these days, after telling fans he was going through a difficult time.

Responding to questions about whether he’d be releasing music or touring soon, Justin wrote:

I’ve toured my whole teenage life and early 20s, I realised and as you guys probably saw I was unhappy last tour and I don’t deserve that, you don’t deserve that… I am now very focused on repairing some of the deep-rooted issues that I have as most of us have, so that I can sustain my marriage and be the father I want to be.

“Music is very important to me but nothing comes before my family and my health,” he continued. “I will come with a kick ass album ASAP.”