Insta Creep: Roz Purcell Has Something To Say About ‘Irresponsible Influencing’…

My face when I'm not at home with my dog ?

Roz Purcell has something to say about ‘irresponsible influencing’.

In an Instagram post, the fitness and food influencer explained how she picks the brands she works with, and why she won’t flog the usual Insta-fare of detox teas and gummy vitamins.

“I get it, some people are in this for the short term and just want to make money but there is also a sense of respect you have to have for those who follow you,” she wrote.

“We probably turn down more than we accept but I’d rather work with brands I’m proud to vouch for than just loads.”

When I modelled, I used to just arrive at jobs and have to promote, wear or stand beside whatever was there without any consideration if I was a fan of it or not – so being in this position now where I have a choice, it’s kind of a responsibility to you that I make the right one and pick things that I have or would spend my own money on.

It seems obvious, but we’ve been on Instagram long enough to know that not all influencers (and even celebs with megabucks like the Kardashians) feel the same way. Good on you, Roz.

Cardi posted and deleted a video giving out to people who complain about celebrities spending their money on luxurious items, adding that the government takes 45% of her earnings in tax:

That means in order to spend $500,000 you gotta make at least a million. Then an artist like me and a lot of rappers I know, they literally take care of their whole family… On top of all that, looking good for y’all, doing all this extra shit to please ya’ll, that shit costs money.

Cardi B breaks down her monthly expenses and says IRS takes 45% of her earnings ? pic.twitter.com/Yo07fwAGxP

It’s hard to feel too boo hoo about someone who makes a million in the first place, but to be honest we EXPECT our celebrities to buy ridiculous things and spend lots of money. So go off, Cardi.

This woman sat beside Timothée Chalamet on a three-hour flight and they had a WHALE of a time.

Alankrutha Giridhar tweeted her entire experience of sitting beside the Call Me By Your Name actor, from the moment she figured out it was him…

SO I enter the flight and see a tall, lanky dude in front of me wearing a hoodie and both of us are the only ones w/o overhead space to keep our bags and I look up to see an actual angel and alarm bells in my head go off immediately pic.twitter.com/xVXEwcrdGk

…to when he offered to FaceTime Steve Carrell for her.

List of actual questions my dumb bitch mind asked him that he answered super patiently:
1. Why are you sitting in economy class (he laughed and said how dare you)
2. Have you met Beyoncé (he has not)
3. How is Steve carrell (he said he’s amazing and offered to FaceTime him!!)

The entire thread is solid gold and we recommend you read it – but in case you were wondering, they talked for a full hour and yes, she got a selfie. 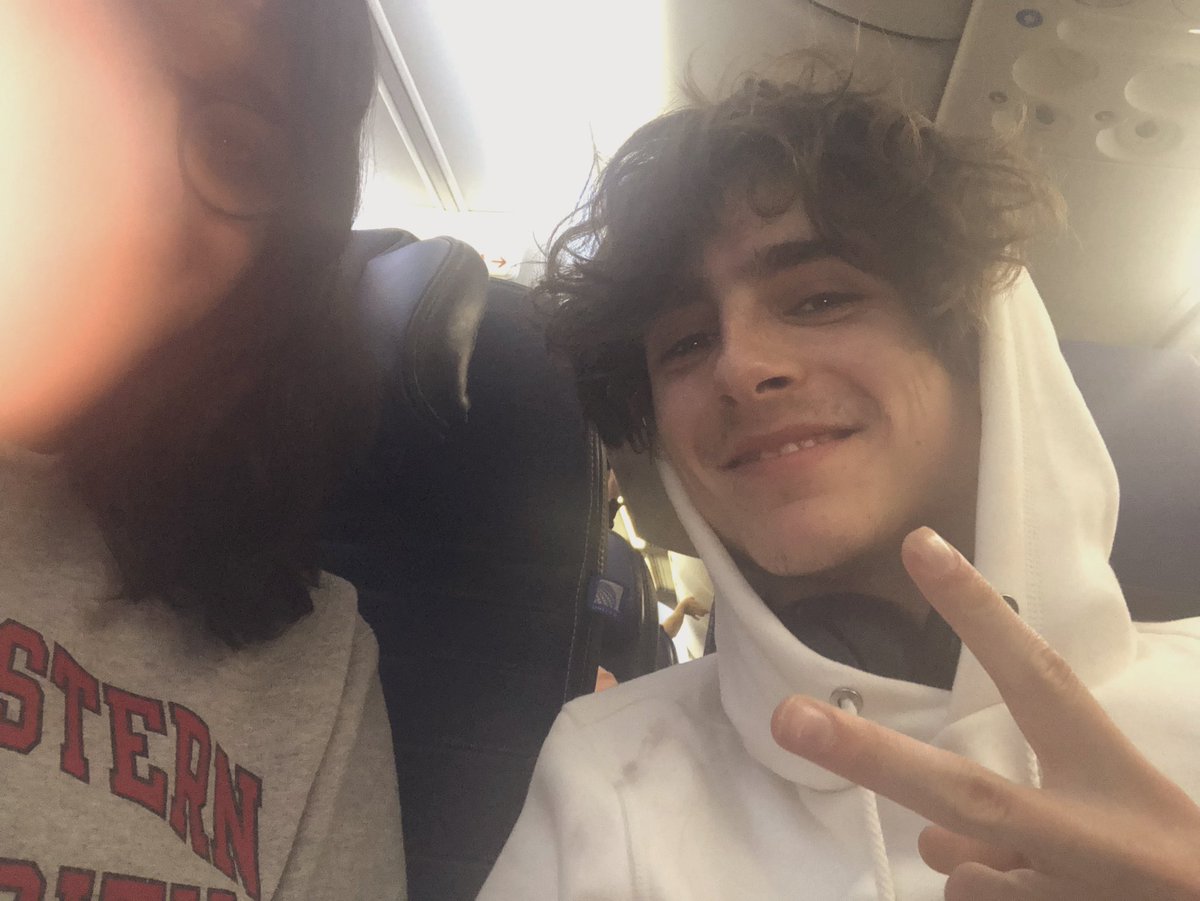 And then it was Thursday… today’s #hwstyle?✨ on @thismorning dress by @bashparis shoes @lkbennettlondon ❤️

This morning on This Morning, Hols is wearing a gorge lil’ leopard print dress from Bash Paris (it looks like this one, which is sold out, but this is similar and about a hundred euro cheaper – still esspensif though). It’s a safe bet, and the punters are happy. “You’re so strong and tall, Holly!” writes one. Erm, OK.