Still shaking after the most AMAZING experience meeting the VS angels backstage before the show ? They are even more stunning in person and so friendly too! Huge thank you to @victoriassecretuk for this incredible opportunity. If my teenage self could see me today she would die ???? Can’t wait for the show later now ?#vsfs2018 #backstage #vsangels

Suzanne Jackson and Louise Cooney are over in New York at the Victoria’s Secret Fashion Show in their roles as brand ambassadors, rubbing shoulders with all the celebs.

As well as getting the chance to snoop backstage before the show and chat to the models, they were delighted to discover that they were sitting behind one Kris Jenner:

The momager herself! Kris later posted this photo of herself and the fashion designer Valentino, and who’s that in the background looking absolutely delighted with life?

Victoria Secret Show tonight with these two legends!!! @giancarlogiammetti @realmrvalentino #giancarlo #Valentino !!!! Love you both so much!!! ❤️❤️❤️

North is always a mood ?

Kim Kardashian had to evacuate her home last night as a wildfire swept through her neighbourhood in Los Angeles.

Kim initially filmed the fire from her private jet, only to find out upon landing that it was dangerously close to her house.

“Just landed and had one hour to pack up and evacuate our home,” she wrote. “I pray everyone is safe.”

Sister Kourtney was also forced to leave her home with her children – both thanked the firefighters trying to tame the blaze. Scary! 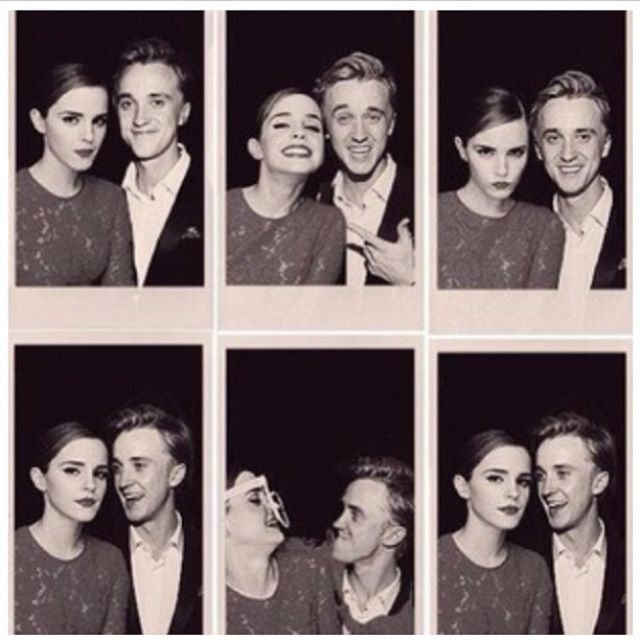 Tom Felton and Emma Watson had a cute reunion and we’re really feeling Hermione/Draco all of a sudden.

Emma urged her Instagram followers to watch Tom’s new show, Origin, with a video of her getting a backer on his skateboard (not sure if that’s the technical term for what’s happening here, but we’ll go with it):

Look, not being rude to any current girlfriends/boyfriends in the mix, but… we ship it. Emma has admitted that Tom was her ‘first crush’, after all. Just saying!

Wow! So insightful. Thank you Ari.