How did Jennifer Aniston get her silk Dior gown to the SAG Awards without creasing it? By lying down in an SUV, of course!

The actress posted some cute before and after pictures of the ceremony, thanking the Screen Actors Guild for awarding her Best Actress in a Drama Series for The Morning Show.

“No wrinkles… harder than it looks! Somewhere between these two photos, my peers gave me a gift I will cherish and a night I will never forget,” she wrote.

No wrinkles… harder than it looks! Somewhere between these two photos, my peers gave me a gift I will cherish and a night I will never forget. Thank you @sagawards, @themorningshow, and our incredible cast and crew. Let’s get back to work!

Please, the bath in the second photo. Can we call over for a soak, by any chance?

The comments are FILLED with adulation from her fellow celebs, which gives you an idea of the type of person Jen Aniston is. That award is very much deserved.

Strike a pose! Over 100k followers just like that🤩🍾 thank you to everyone for the love and support that Siânnise has been receiving so far ❤️🏝 #TeamSiân #LoveIsland

Hi, the first true Love Island meme of 2020 has arrived.

The rest of the girls were watching from the balcony, and one person who was really struggling to hide her emotions was Siannise, who looked down on the proceedings with an expression of only slightly repressed horror: 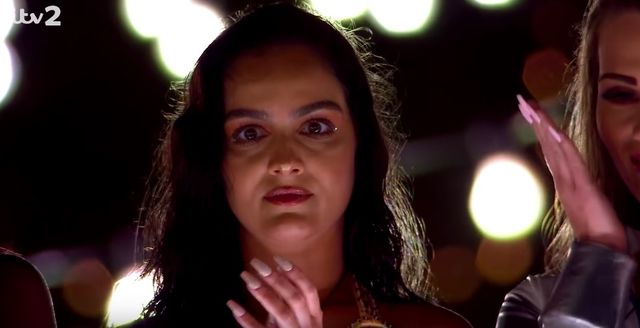 We don’t even have to guess what she’s thinking. It’s all there. Poor Siannise is currently in a ‘friend couple’ with Connor-with-no-gh, and is likely wondering how she’ll protect her already precarious place in the villa with a new girl in town.

Twitter had little sympathy for her though, instead turning her into the PERFECT reaction meme:

when you said you were only going out for a couple of drinks and it’s now 5am and you’re in the bathroom by yourself hammered looking at yourself in the mirror like #loveisland pic.twitter.com/ZJNrbbNjQ5

When you're on your 5th "Damn, that's crazy" & they continue with the story #LoveIsland pic.twitter.com/jNjJTM8hEn

when u hear ur mums car pull up in the drive and u didn’t take the chicken out of the freezer #loveisland pic.twitter.com/CysdjWQYR0

We don’t want to speak to soon, but this may be up there with Chris lying awake in bed and Michael’s ‘CHALDISH’. Well done Siannise. Whatever happens now, you’ve made it.

Rihanna and Drake were spotted together after her split from Hassan Jameel. GET A JOB, AUBREY. STAY AWAY FROM HER.

Fans saw the two of them at a gig in New York, right after she was seen hanging out with A$AP Rocky backstage at the same show.

She’s probably just catching up with her mates, but since Rih and Drake have such a storied past… people can’t help but wonder what it all means:

Rihanna and Hassan reportedly split this month after about three years of dating – and since we know Drake has always held a candle for her, this might just be his chance. We’ll see if she lets him…

Telly boxes ready! @loveisland is on now then followed by Aftersun where I’m joined by @romankemp @raye @stephencomedy and our first dumped islander straight from the villa @evegale See you at 10pm @itv2

And finally, because we know you’ll want to know, the pink suit Laura Whitmore was wearing on Love Island: Aftersun last night is from Dunnes. Yes, DUNNES.

The ensemble is from Irish designer Joanne Hynes’ upcoming collection for the store, and will be available online in mid-March.

It simply must be ours.

Kourtney And Travis Made An Appearance On Penelope's TikTok And...

Terrie McEvoy And Suzanne Jackson Are Launching A Fashion Busin...

Maura Higgins Thanks Followers For Their Birthday Wishes As She...