Okay this would be a MOMENT! 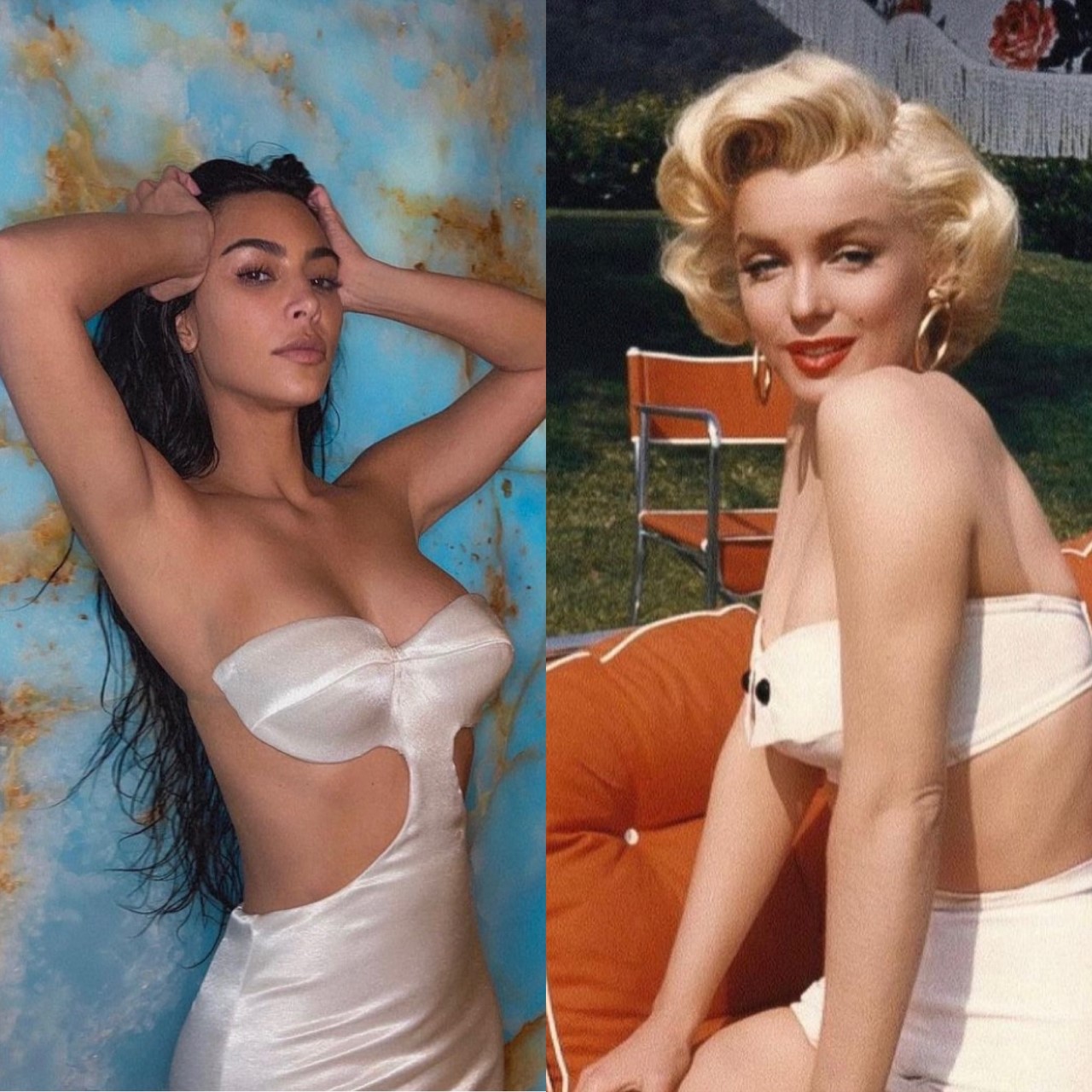 Fans have been speculating about what Kim Kardashian will be wearing to this year’s Met Gala as she is always one of the most iconic looks on the night.

Last year’s silhouette Balenciaga look made waves as Kim didn’t even show her face in the look, and she didn’t need to!

But fans are expecting something a little different this year as they have been doing detective work trying to predict what Kim could do.

Kim’s recent visit to Florida with Pete Davidson has fans guessing that she will be wearing an iconic look from the one and only Marilyn Monroe!

The couple reportedly spent three hours at Ripley’s Believe It Or Not Museum, where Marilyn’s ‘Happy Birthday Mr President” dress is stored…

Imagine Kim in that look?!

Kardashian superfan TikToker @gaymanwithaspraytan likened Kim to a “modern day Marilyn Monroe” and we cannot stop picturing her in this dress.

No because I think Kim is really going to wear Marilyn Monroe’s “Happy Birthday Mr. President” dress to the Met and that’s why she was in Orlando at the Ripley’s museum. She said she’d go to the Met if she could fit into her dress that can’t be altered… you guys!!

Some people aren’t too happy about this possibility as they don’t want the dress to be altered from its iconic form.

Are you going to alter Marilyn’s dress to wear it? Please don’t. I know for a fact you don’t share her measurements, and altering it would be so sad.

We think Kim would rock the dress and cannot wait to see how she turns up on the night, and whether she will have boyfriend Pete Davidson on her arm!

The Met Gala will take place on Monday May 2nd and this year’s theme is a continuation from the last theme titled, “Part two “In America: An Anthology of Fashion.”

Only five days to go ’till fashions biggest night of the year!