Does anyone else feel like Maya Jama is their bestie? No, just us? Well, either way, what do you do when your best gets engaged? You celebrate, of course! So, we have the prosecco on chill and the party poppers bought, because apparently our bestie Maya is engaged!

Sparking off the rumours, Maya was spotted wearing a hell of a ring on her wedding finger earlier this week. Maya is currently in the US with her boyfriend, NBA star Ben Simmons where she flew out to spend Christmas with him.

Word on the street is Ben proposed over the festive period, as a source revealed to The Sun shortly after Christmas:

“Ben adores Maya and has fallen head over heels for her. He picked up the ring on Jewelers’ Row in the diamond district of Philadelphia the day before he proposed” 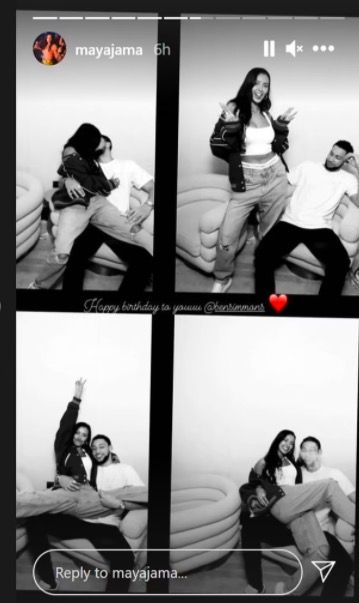 “He chose the ring himself and felt he knew exactly what she would want. Maya said yes and they’re both thrilled. Ben was so excited, but they’ve decided to keep the news low-key and tell only those closest to them”

Reportedly hosting a small celebration where they announced the news to friends and family the source continued:

“Maya flew to New Jersey to spend Christmas with him and is still there now. They had a small family gathering last weekend and announced their engagement.”

Both Maya and Ben are yet to announce the news, with their socials pretty quiet over the last while. But don’t you worry, we’ll be keeping a very close eye on their socials for any hints over the next while.