Jamie Dornan has opened up about the moment he found out that his beloved Dad had passed away last year. The Belfast actor shared that he was isolating in a hotel in Australia at the time whilst preparing to film his latest BBC series, The Tourist when he heard the news.

The star shared that it was devastating to learn of his father’s passing whilst he was so far away from loved ones. Speaking with News Corp Australia he said; “Getting that news no matter where you are geographically is sh**e, you know.”

The 39-year-old recently shared that 2021 was the “worst year” of his life following the death of his father. 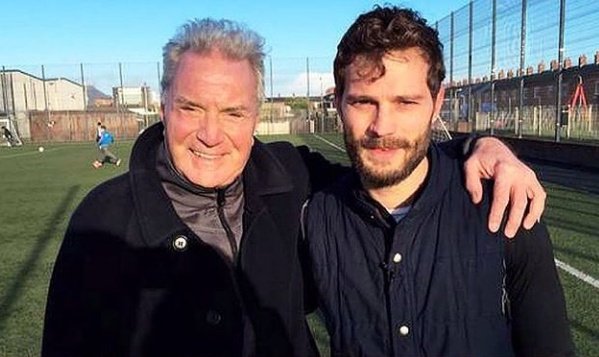 Speaking with The Telegraph about his experience he also revealed that the family were unable to hold a funeral for his Dad, ten months after his passing.

He said; “It’s a strange thing to end the year with all this positivity… because on many levels it’s been the worst year of my life, and the hardest.”

Jamie lost his mother, Lorna to cancer when he was in his teens and shared that he had always been close to his Dad after the experience.

Speaking about the grief and the advice his father gave him, he said; “You wear it, and it shapes you, and colours you forever… life will never be the same again – but you can’t lead with it.”

Jamie’s father, Jim who was a renowned doctor sadly passed away from Covid at the age of 73.