Ye and Julia met on New Year’s Eve in Miami. Just a few days later, they went on a highly public first date. Which began with them seeing a play, grabbing dinner, Ye directing a public photo shoot of Julia in the restaurant, and then surprising her with a hotel room full of clothes.

Since then the world has watched as the pair continue their very public romance. Speaking out on her podcast, Forbidden Fruits, Julia said, “It’s funny cause I’m getting all of this attention, but I really couldn’t care.

“Watch my movie, read my book. That is more thrilling to me now than eyes on me. I couldn’t care less.”

Julia also doesn’t seem to have bad blood with Ye’s ex Kim Kardashian, as it was recently revealed she has been a longtime fan of Keeping Up With The Kardashians, and even appeared in a Skims ad in 2019.

Yep, as if the Ye/Kim Kardashian/Julia Fox drama wasn’t confusing enough, it was discovered that Julia sort of used to work for Ye’s ex-wife herself, Kim Kardashian.

Dedicated fans trawled through the archives and discovered a modelling campaign Juila did for Kim’s shapewear brand, Skims, back in 2019. Julia posted pics of her modelling a t-shirt and bra from Skim’s Summer Mesh collection to her I.G. story and tagged the brand.

Skim’s official Instagram account then reshared her snaps and captioned their post, “@juliafox wears the summer mesh t-shirt and triangle bralette in onyx – launching Thursday, May 21”

Considering Julia had the items before they launched, it seems like she would have had to be on Kim or the Skim’s teams radar to be sent the products before they were available. So yeah, as awkward as that situation might be, it turns out it isn’t even Julia’s first pre-Ye connection to the family. 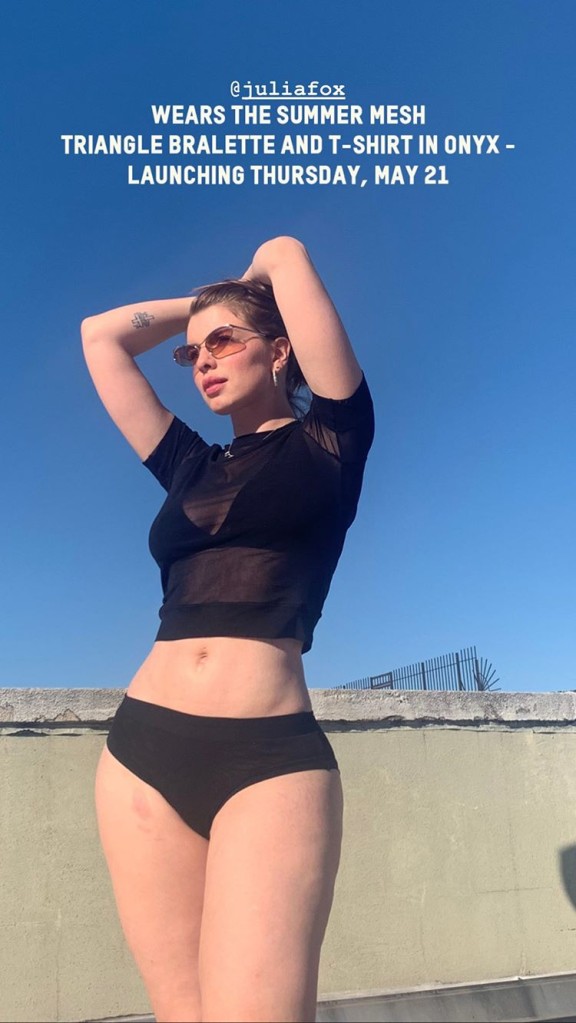 We are very interested to see where this relationship goes, for now the pair seem very loved up and they don’t care who knows it.