Trending 16th May 2022 by Jade Carpenter

Okay, but Stormi stole the show!

Although this couple is no stranger to a photoshoot, it feels rare that we see them out at a public event together. But at yesterday’s Billboard Music Awards Kylie Jenner joined Travis Scott on the red carpet along with their daughter Stormi. A family affair!

The pair were looking very loved up taking pictures together and even having a quick smooch off the carpet. Kylie wore a navy bodycon dress with gold jewellery whice Travis looked cool in a jacket over a T-shirt style. Stormi stole the show in a silver assymmetric dress, how cute is she!

The four-year-old wasn’t shy infront of the camera’s as she happily posed alongside mom and dad.

Kylie recently gave birth to her second child with Travis, a son whose name they have not yet revealed.

Originally, the reality star introduced her new-born as Wolf Webster, but later went on to inform followers that they decided Wolf wasn’t the right name for her son.

Ever since this message the star has kept her babies name on the DL, but recently investigative fans have been speculating a possible hint left by Kylie. 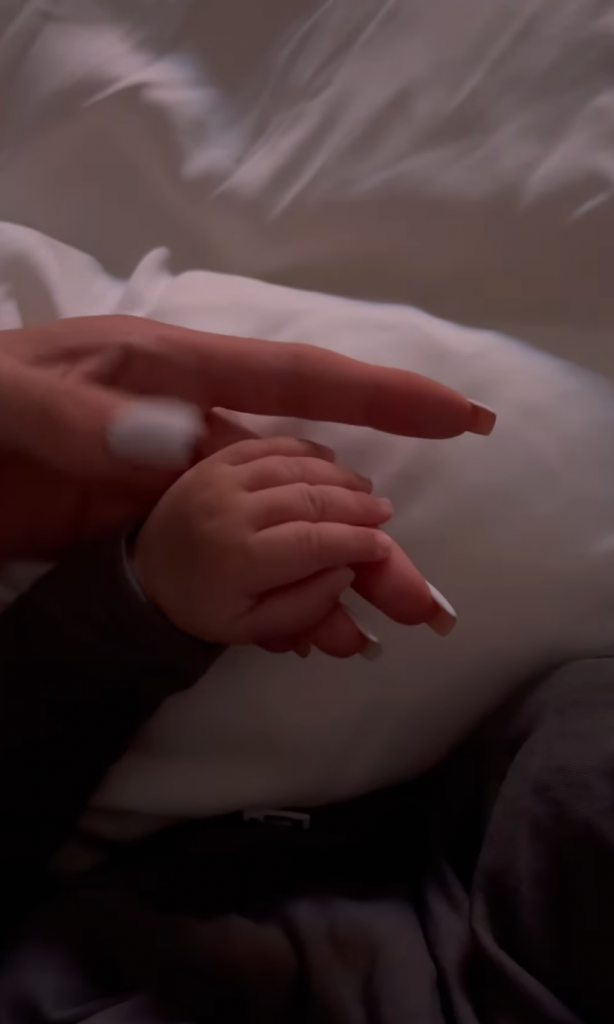 The star posted a sweet video dedicated to her children on Mother’s Day with the caption, “Everyday should be Mother’s Day 🤍🙏🏼 thank you God for my two beautiful blessings.”

The background music in the video is a song called To Our Daughter by My Best Friend Jacob, and fans think this could be a hint that she has named her son Jacob.

Although there’s no solid evidence to back this up, Travis Scott’s real name is Jacques Bermon Webster II, so the name Jacob could be a reference to his dad’s name, which would make a lot of sense, Jacques the third?

Here’s hoping we see a bit more of the fam on The Kardashians soon!