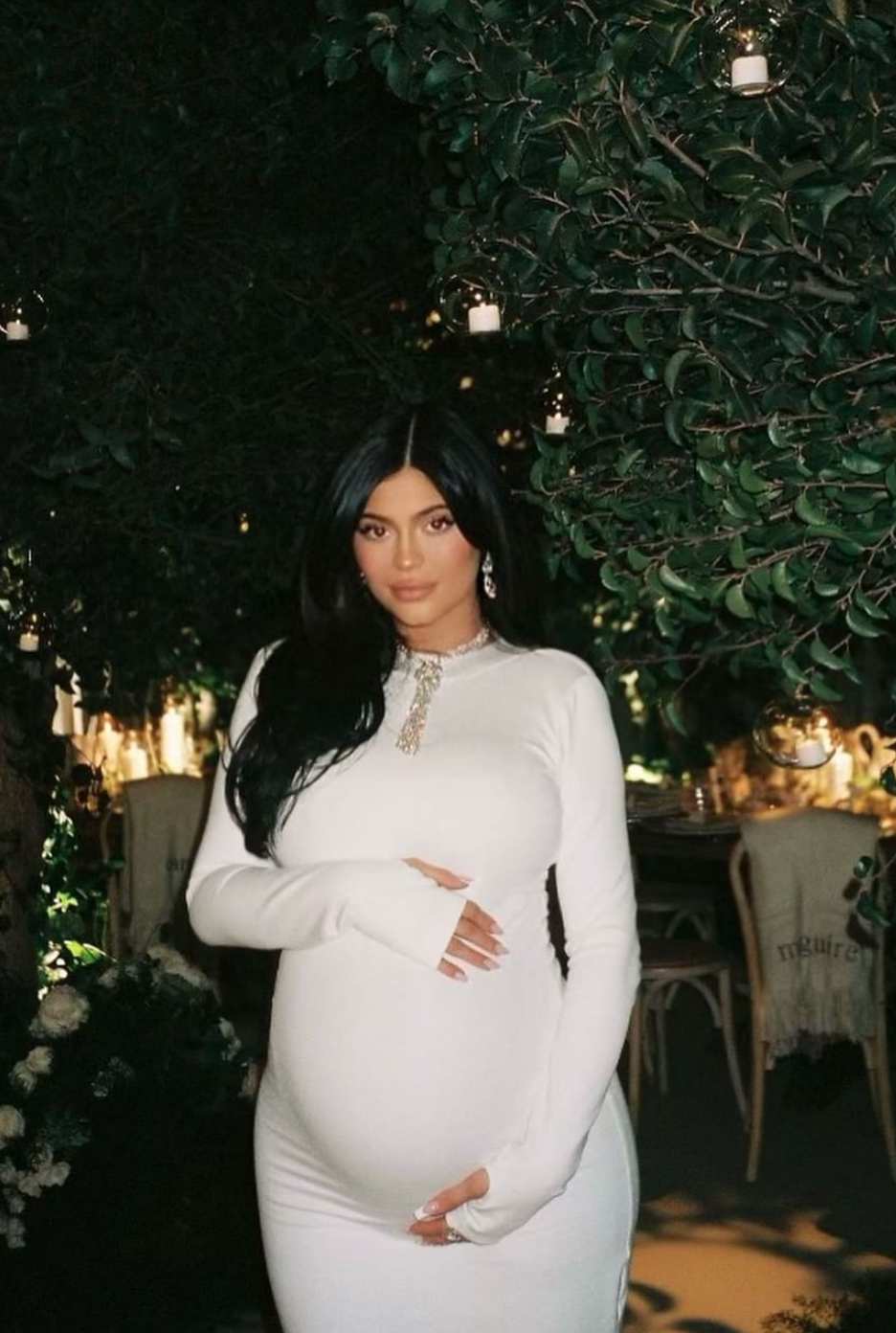 Has she given birth? Is she still pregnant? These are the questions the internet are asking daily about Miss Kylie Jenner and it looks like we are one step closer to finding out.

Kylie, who has been quite private about her current pregnancy, shared some pictures of her baby shower to Instagram yesterday and we had to show you. 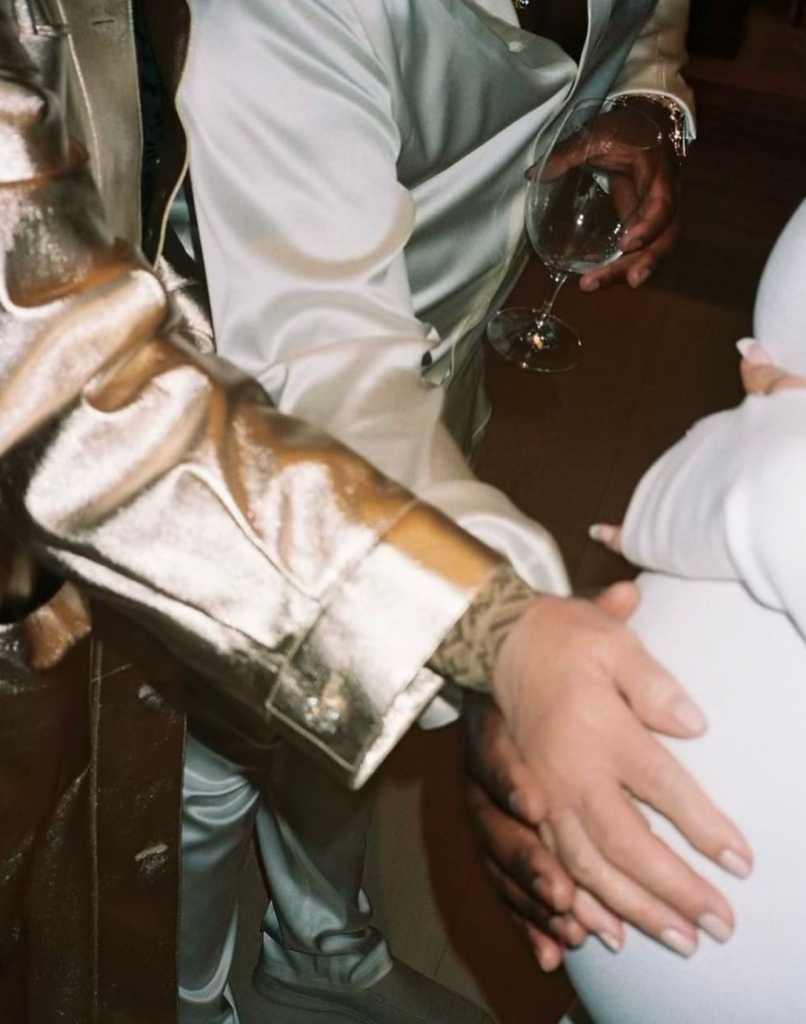 Kylie started off the post with a picture of her bump with Kris Jenner and possibly Corey Gamble feeling the baby.

The baby shower had a giraffe theme and kept the colours very neutral, keeping the sex of the baby a mystery. 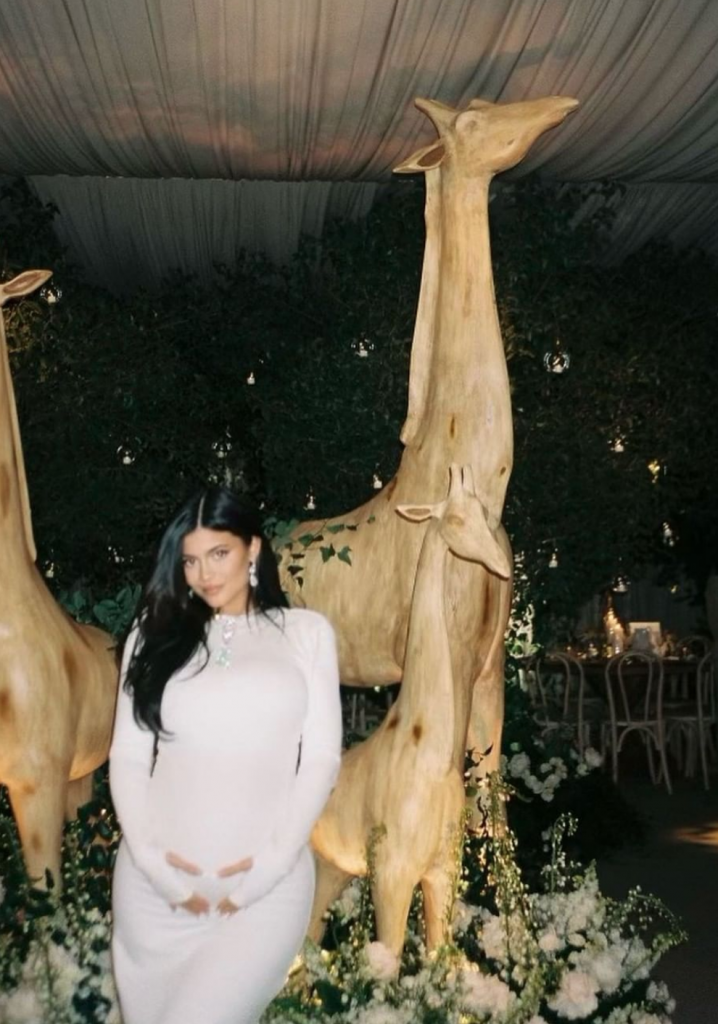 These snaps have many people wondering whether the theme is a hint to the baby’s name, however we don’t think the baby will be called Giraffe… But Kylie’s use of the angel emoji as well as “Angel Baby” being stitched into one of the decorations is leading fans to think that could be the name.

Guests enjoyed a personalised place setting, complete with a blanket for the outdoor celebration and could create personalised gifts for the baby. We spy one form aunt Kenny in this second snap. 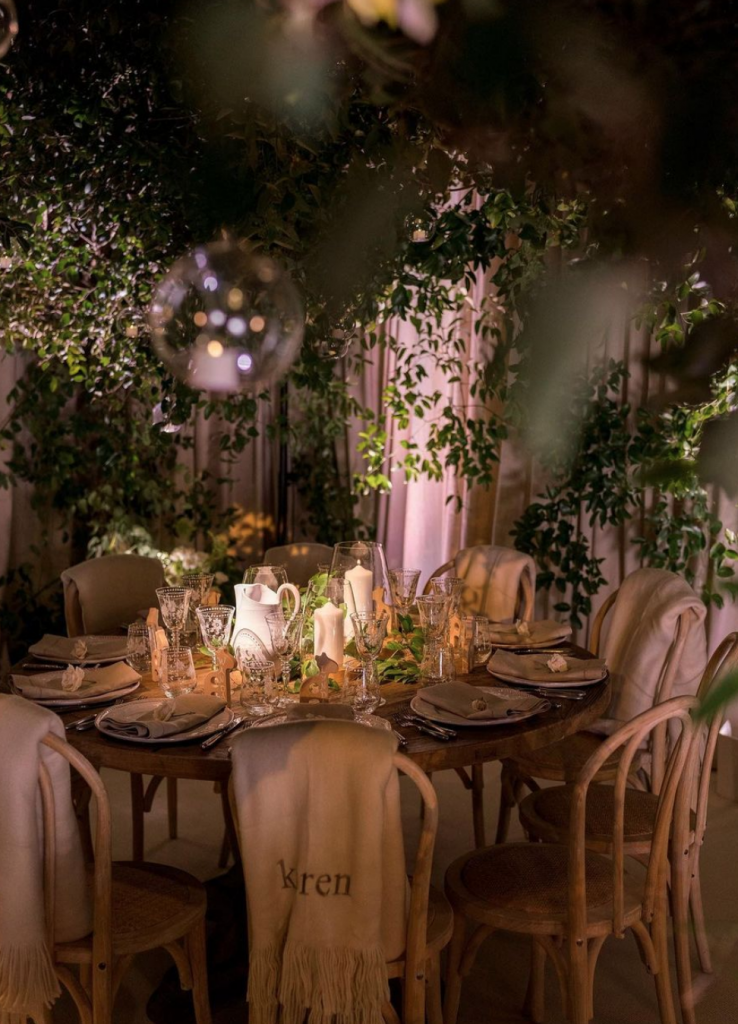 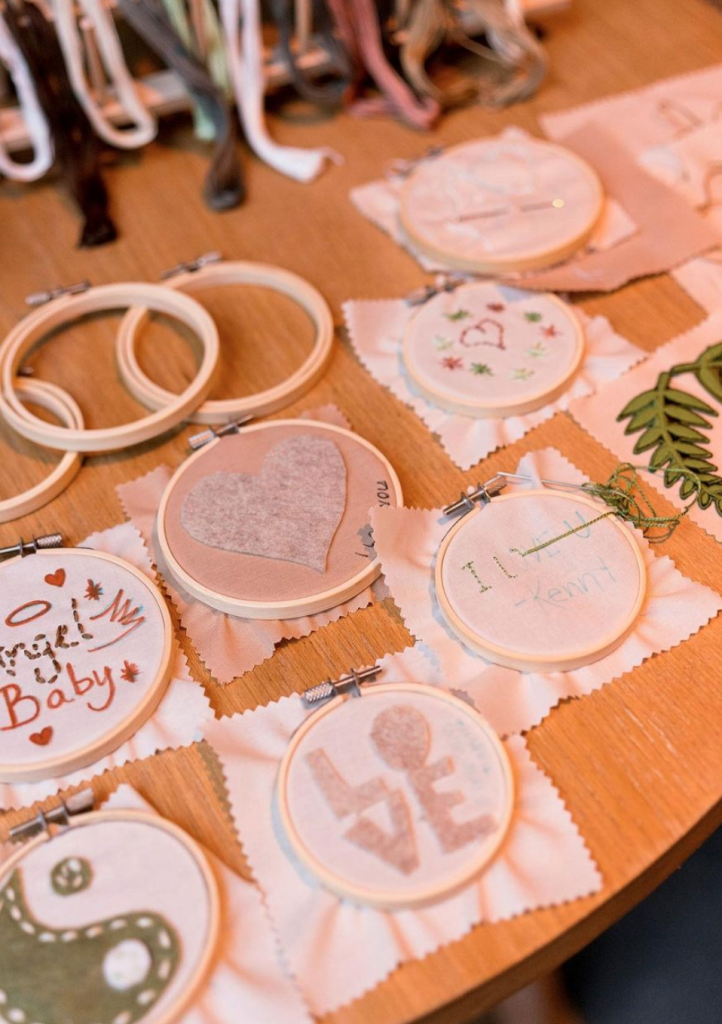 As well as the personalised gifts, the second baby Webster was also graced with an array of extravagant presents from their friends and family, including a Dior buggy and bag as well as a lot of Tiffany and Co. judging by those blue bags. 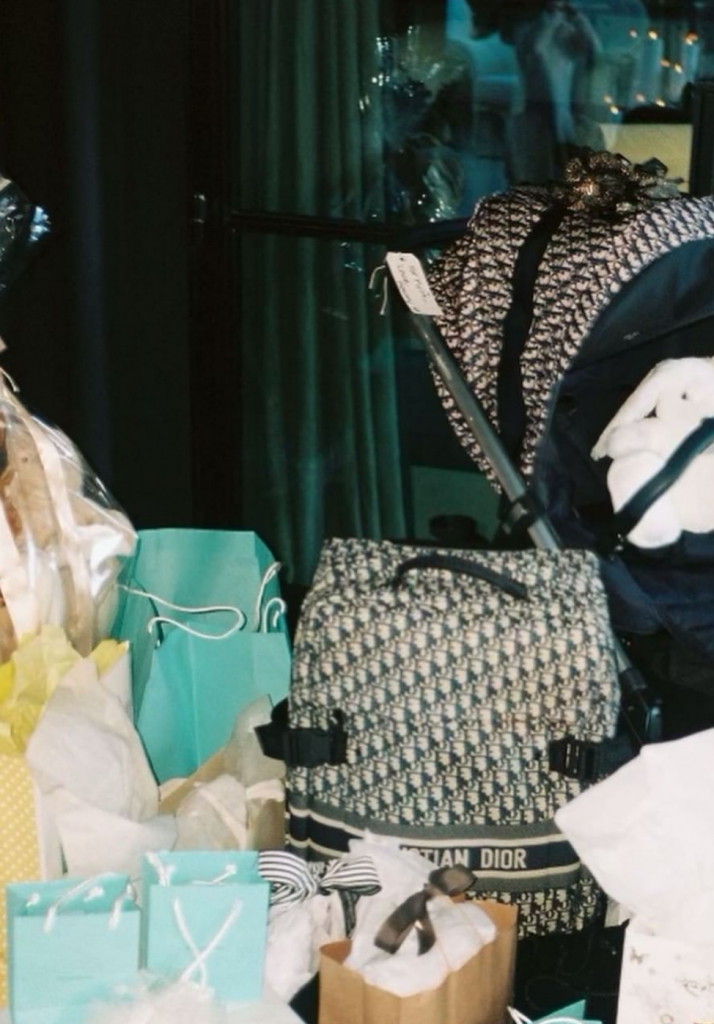 All eyes have been on the 24-year-old since she announced her pregnancy last year, with her baby-daddy Travis Scott making headlines around the world for his involvement in the Astroworld festival tragedy, where 10 people lost their lives.

Earlier this month, Kylie was spotted avoiding paparazzi after she arrived back in California after taking a trip out of state. While hopping out of a private jet Kylie is said to have had her bodyguards cover her in blankets so as not to be seen before getting into the back of a car. The secrecy has followers wondering, is Kylie already a mother-of-two? 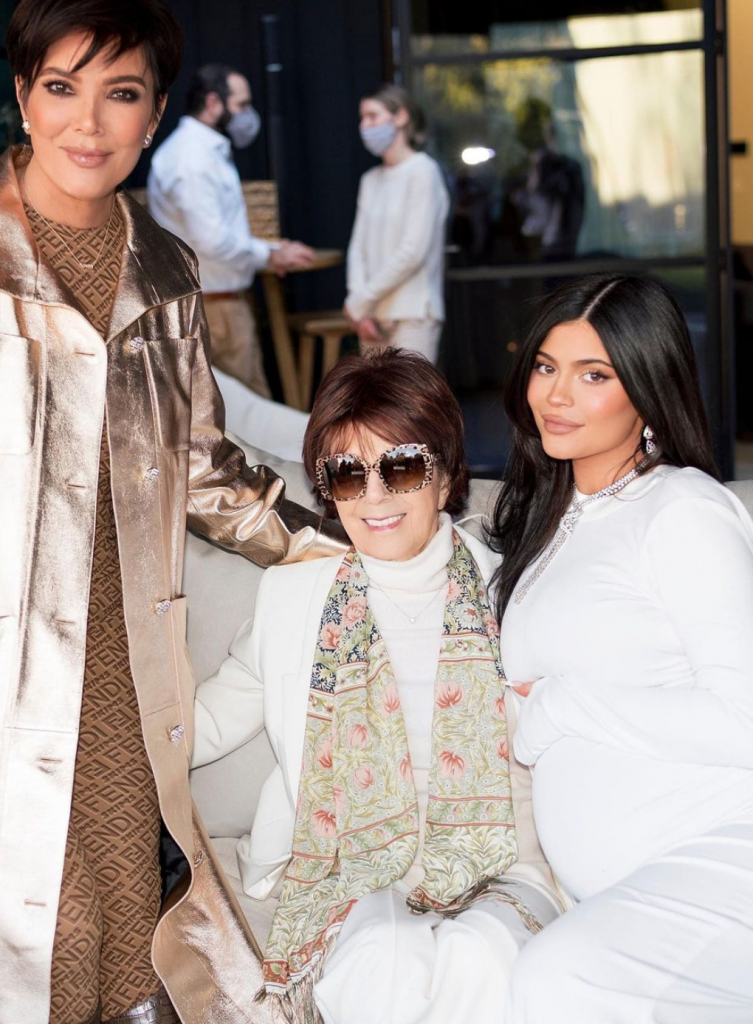 But it’s not just her avoidance of paps that have fans curious though, usually pretty active on her social media channels, Kylie has had some unusual radio silence across her social media, leading fans to raise their suspicions.

What’s more, Kylie was also absent from Christmas pictures of the family, making fans believe that she gave birth sometime over the Christmas period.

I’m calling it out now. @KylieJenner had her baby

@KylieJenner Just tell me if the new baby was named Sunny.
I predicted @KimKardashian naming her second baby girl Chicago. It’s only right if you give us a little Sunny Scott

I think Kylie Jenner secretly had her baby on Christmas or at the end of December and she just hasn’t told anyone yet🤫 but I want to know the name.

Whether this baby shower post is a reminder to fans that she is still pregnant, or perhaps a distraction and some of the last pregnancy pictures she wants to post before announcing the birth we will have to wait and see.