Plus, he might be starting his own reality show. 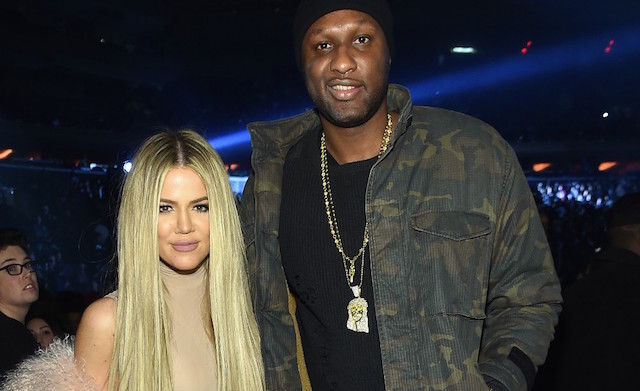 Khloe Kardashian’s ex-husband Lamar Odom has revealed that he still keeps up with his former family. Tuning in to the season premiere of The Kardashians, the former NBA star revealed it was “hard” for him to watch Khloe in pain over Tristan’s paternity scandal.

Khloe and Lamar tied the knot way back when in 2009, before Khloe filed for divorce in December 2013. Then, their divorce proceedings were put on hold once Lamar suffered a near-fatal drug overdose just a couple of years later.

The pair have been officially divorced since 2016, three years after the initial decision to end their marriage. Now, Lamar has revealed his “guilty pleasure” is watching The Kardashians.

Continuing he shared his well wishes for his ex-wife saying, “She was crying on the show and everybody was questioning her and s–t like that. That was probably a hard time for her…I just want her to be happy. That’s it.”

Lamar used to appear on KUWTK during his relationship with Khloe and even had his own spin off with Koko titled, “Khloe and Lamar”. Although he isn’t in the spotlight as much anymore, he’s not opposed to allowing cameras back into his life.

Speaking to E! News he played with the idea of having his own show, “Maybe we’ll start a reality show…We’ll have a lot to talk about, a lot to show. Who knows?”

Lamar’s 24-year-old daughter agreed with his idea as she is an aspiring model and wants to show the other sides of herself.

“There’s so many other sides to me than taking nice pictures…I definitely would like to continue working with social-related, cultural brands. And I actually want to go back to school,” she said.