Laura Whitmore Opens Up About 2020 So Far; “It’s been the weirdest year.”

"The beginning of the year has been non-stop, and sometimes you don't deal with things because it's easier not to." 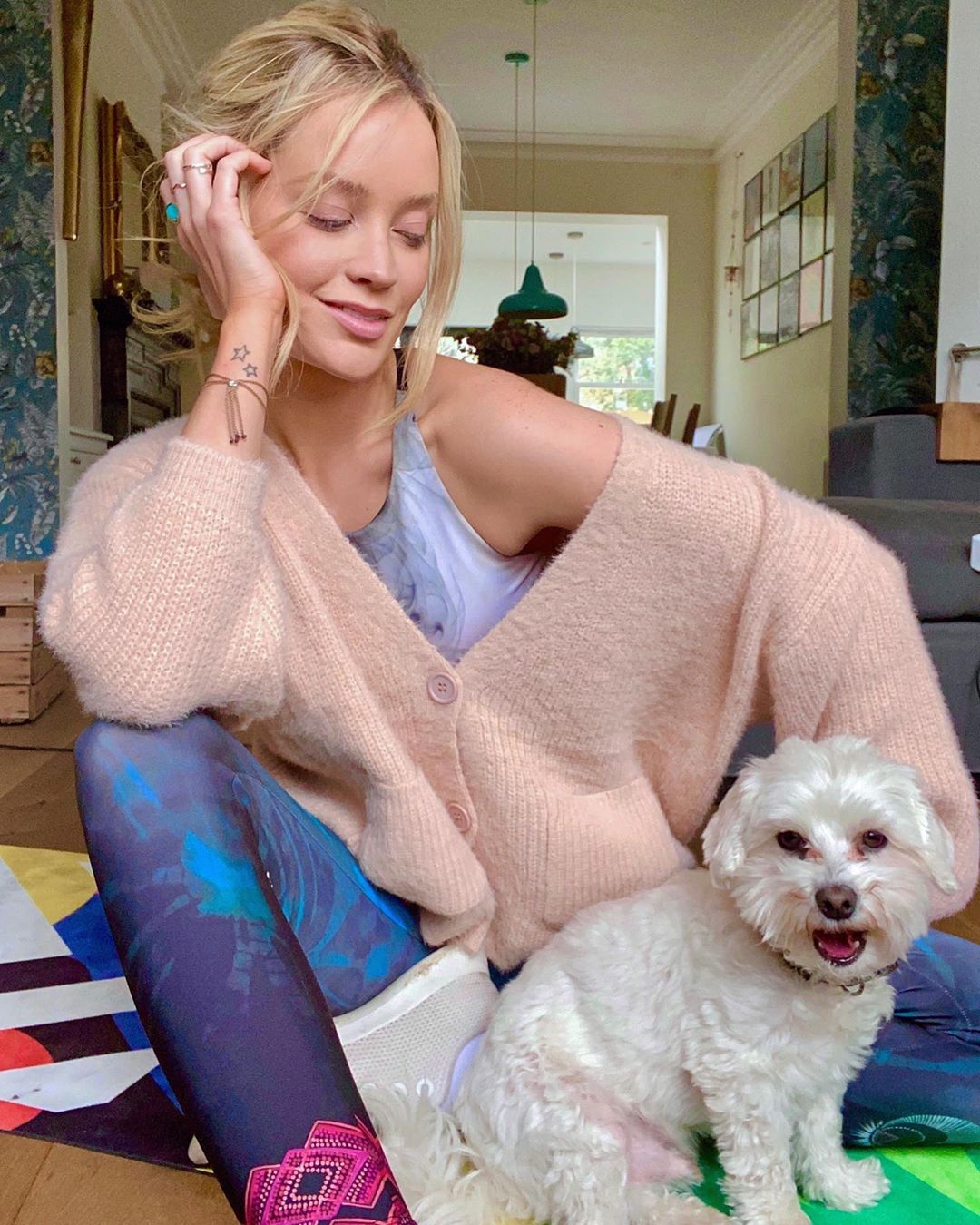 Ireland’s own, Laura Whitmore joined Miriam for the Late Late last night via video link, to chat about how she’s finding the restrictions in place as a result of the current Covid-19 pandemic.

Speaking to Miriam from London, Laura opened up saying that this year so far has “been really difficult.”

Less than an hour to go! @loveisland 9pm @itv2 Wearing playsuit (in the Wexford colours for the Whitmore family 😂) by my pal the insanely talented @hasanhejazi Shoes @sophiawebster @angiesmithstudio @emmalanestylist Glam @toribmakeup #whatwhitmorewore

In 2020 Laura has seen the tragic death of her friend, Caroline Flack, started a new full on job with Love Island, that involves lots of travel and now we are all having to deal with this pandemic.

She said; “the beginning of the year has been non-stop, and sometimes you don’t deal with things because it’s easier not to, you’re on a rollercoaster so you kinda have to keep on going.”

Adding that “it’s been the weirdest year” Laura said she needed a chance just to be present and the space to be at home with her partner, Iain.

Given that they both work on hit show Love Island, their schedules were both extremely hectic in 2020, and she said; “I think we’re one of the few people that we’re actually enjoying the time being at home.”

Just found out Glastonbury is cancelled. Trying to stay as positive as possible but it’s hard! I’ve put my little workout schedule up in my stories and will put it in a highlight as it’s important to stay active and there are so many things you can do at home. 🏋🏼‍♀️ Would also love to know your own suggestions of exercise at home? (Took this pic in my kitchen / bring the shoot to your house!) 📻 I’m back on the late show from 9pm to midnight tonight taking your calls on @bbc5live I’m so grateful for radio and the community of support we have and company we give 💕 Also at 4pm today I’ll be doing a CHECK IN on @mattjohnsons insta LIVE. They are so helpful for tapping into and talking through how we feel right now.

Miriam also asked the Bray native how she has been staying in touch with her Mum back in Ireland. With Laura revealing that she’s spent the past ten years trying to get her Mum on Facetime, she now finally is.

Normally both her, and her Mam’s schedules are so busy but now she’s “actually been talking to her every day” and that with her Mam being a fan of the show “she’ll probably be watching tonight.”

Growing up watching the Late Late show, never did I think I’d be a guest as a tv screen from the comfort of my living room. Now more than ever it’s important to keep talking and having shows like this reaching households all over the country. Also @instmiriam made history as the first woman to host the show and she’s so inspiring and just deadly! Great hearing @gavinjameslive sing and all the text donations going to @alone.ireland too! Stay home and stay safe ❤️

This is Miriam’s second week hosting the show, whilst Tubridy is off sick. It is also the first time in The Late Late’s 58 year history that it has been presented by a woman.

As a female TV presenter herself, Laura was full of praise for Miriam; “It’s just amazing to see you host the late late show because as a female broadcaster you are incredible and I just wanted to say that.”

PSA Gals, Zara Set To Launch A Beauty Collection Online Next We...

POP Of Colour: Where To Get Jeans Inspired By Dominique Nugent'...

Roz Purcell Shares Some 'Good News' After Breaking Her Leg In F...

Engagement Talks? It Looks Like Kourtney Kardashian And Travis ...

Bank Holiday weekends are great until you remember