"Stand in a corner and cry softly. Chances are good that he'll come over to find out what's wrong." 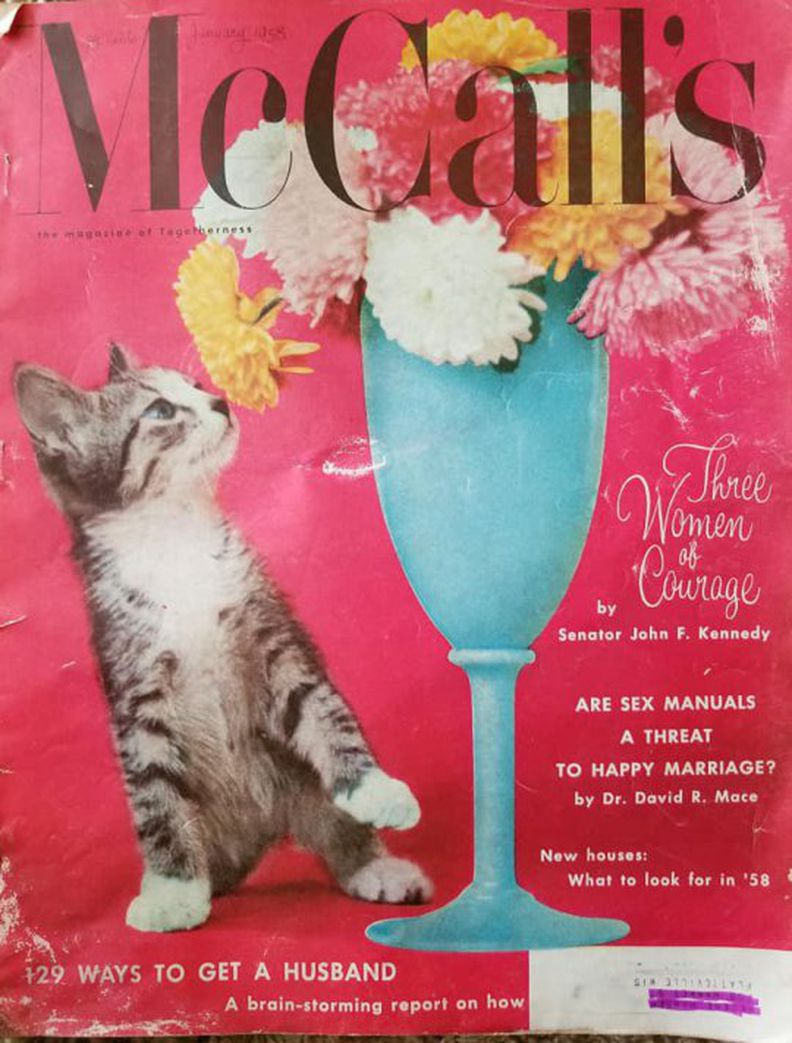 Dating in the 21st century can be one hell of a minefield, but to be honest, we think we prefer it to whatever was going on 60 years ago.

An article from a 1958 issue of an American magazine, entitled 129 Ways To Get A Husband, is going viral on Facebook after it was rediscovered recently.

While some of the tips are definitely tongue-in-cheek (“Stand in a corner and cry softly”, “Look in the census reports for places with the most single men”), others seem legit, especially when you think about the social climate at the time – most women were expected to abandon their education or career when they married and dedicate themselves to being a wife and mother. 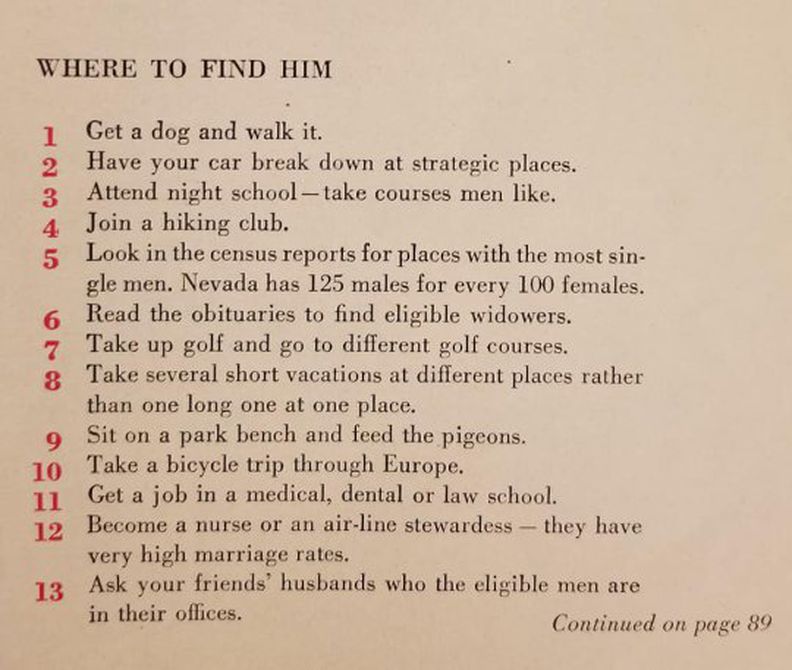 Here are some particular gems:

The article also gives some tips on looking attractive for a man, which range from getting a ‘sunburn’ (please don’t do this), to not getting sick (“Men don’t like girls who are ill”), to ordering your steak rare. 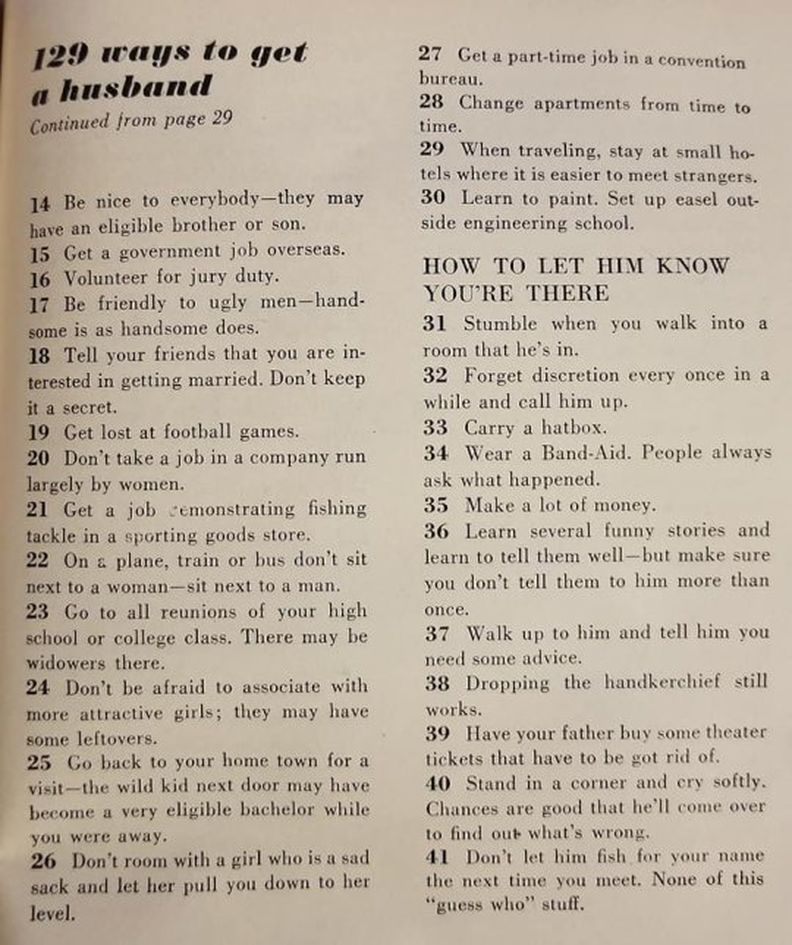 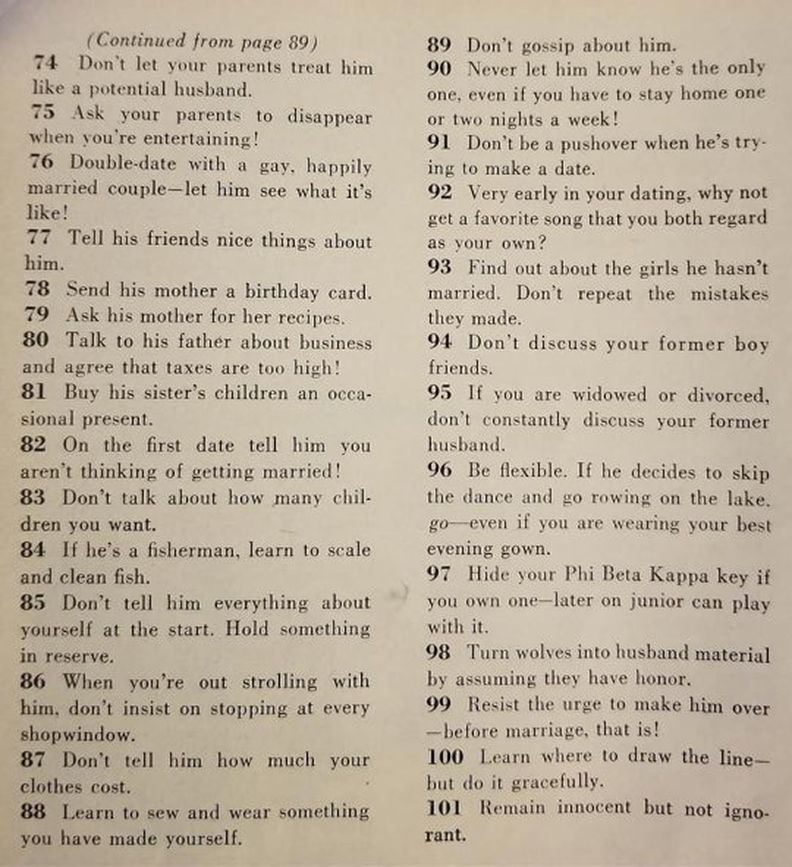 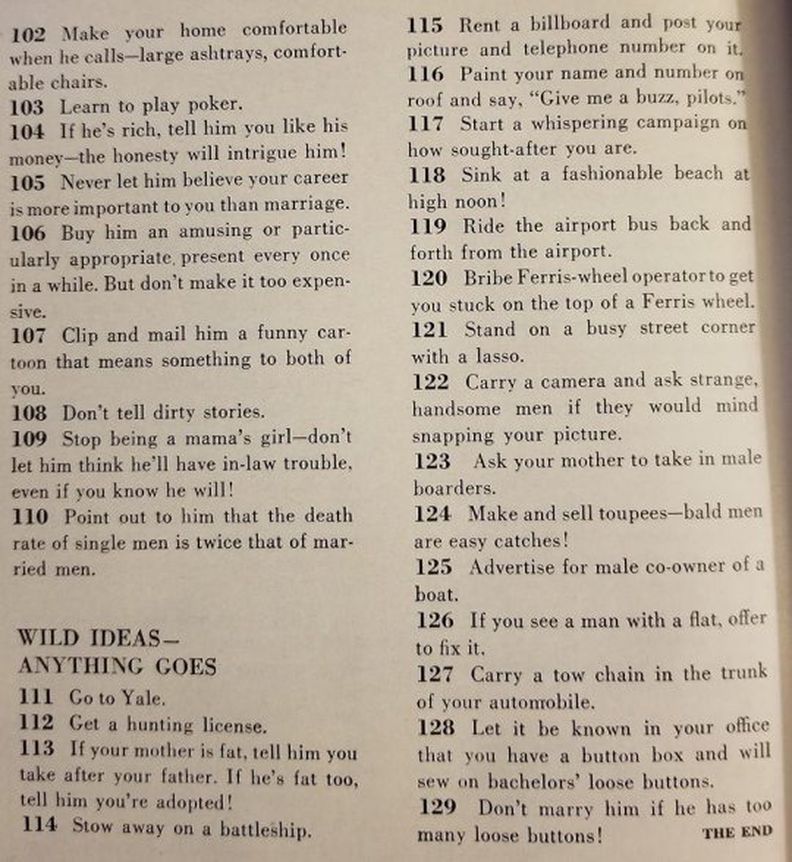 So basically, be nice to people only so you can potentially get a husband out of it, ditch your depressed friends, quit your job if there are more women than men in the company, and drop all your stuff in front of potential suitors. With this advice, we’ll surely be engaged by Christmas.