Liam Payne Just Addressed THAT Bizarre Accent At The Oscars

Okay so here's what actually happened! 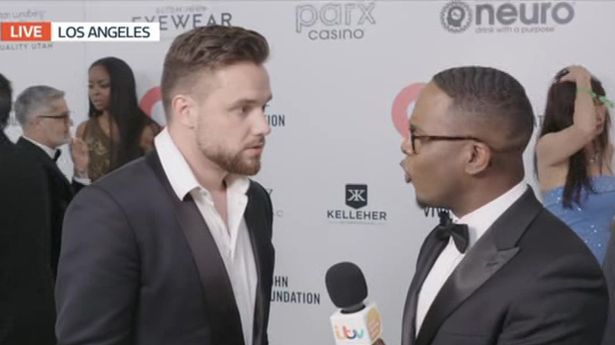 This year’s Oscars was definitely one to remember, firstly for the wild situation between Will Smith and Chris Rock and secondly, for Liam Paynes viral ever-changing accent that had the internet very confused but thoroughly entertained.

If you don’t know the accent we are talking about, you are probably living under a rock, but not to worry we won’t pass up any opportunity to show the hilarious moment once again…

Liam, former member of One Direction hails from Wolverhampton UK, may we point out, which is why when people heard his unrecognisable and untraceable accent, they were left baffled.

But it looks like Liam is taking the beauty from this situation rather than the pain (lol) and has finally explained what was really going on at the time.

During an Instagram live he said, “I’m good at accents, I pride myself on them…I just wish sometimes I could do my own.

“What can I say about that really…It was quite funny. I had asked the Good Morning Britain presenter, ‘Please don’t ask me too much because I’ve had a lot to drink and I’m under-ly educated about the Oscars’. The very first question the man asked me was, ‘What do you think about Will Smith?’.

“Now can you imagine being put on the spot in that moment and knowing, ‘I can’t say anything wrong because I’m going to upset someone and I just did the best I could,” he explained.

Liam also said he read back what he said and stands by his statement, but he is just, “sorry it came out in so many accents.”

Continuing Liam said that he is naturally someone who picks up other people’s accents when he is around them and at that time had been staying with people from Germany, Texas and Liverpool, so it seems that’s where the accent stemmed from, along with the alcohol.

Liam sees the funny side of the situation saying, “It was funny wasn’t it” as he laughed.

His bottom line on the matter? “Don’t have many drinks and address the country,” some very solid advice Liam.

We’ll be honest with you, we can’t get enough of the video so shoutout to Liam for filling the office with giggles, a great “emoter” himself, so he is!