And it has a whole lot to do with a Love Island challenge.

Love Island finalist Faye Winter has revealed that she had to have her lip fillers dissolved thanks to a result of one of the Love Island challenges.

Sharing with her followers a video of her natural lips, Faye revealed that she has had the fillers dissolved temporarily before getting them redone.

“Yes these are my natural lips at the moment guys. Thank you so much for all the messages saying that you like it without the filler.

“You know me, I say it as it is, and I prefer it with filler. So I’m going to take all of your lovely comments and throw them out the back window of the car because I’m having filler put back in.”

She then added: “They’re like little raisins on my face. It is what it is I’ve only got a week left, no I’ve only got five days left like this.” 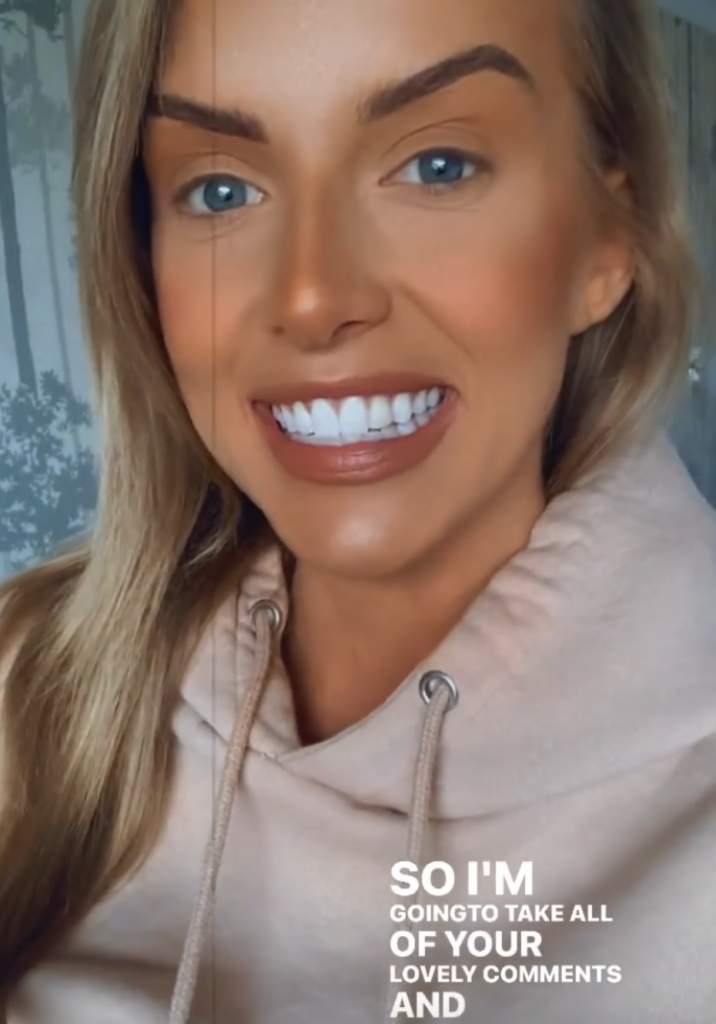 Faye earlier revealed that her lips were uneven due to an incident in one of the challenges while taking part in Love Island.

“One side is bigger than the other and that happened due to a lovely challenge in the villa. I’ve got the lump up underneath from it now which I never had before.

“It’s not anyone’s fault or any practitioners fault. It is purely because of the challenge.”

Another Islander who previously opened up about having her fillers dissolved was none other than Molly Mae Hague. At the time, Molly shared: “I’ve been getting my lips filled with filler since I was about 17 which is literally ridiculous.”

Since then, Molly has been on a mission to reverse a lot of tweakments she’s had over the years, including dissolving other areas of filler on her face and making her teeth look more natural.

She is starting with her lips as she shared; “over the last few months I’ve really noticed how unnatural they look” and “they just feel really hard and it’s just time they went.

“I’ve made so many mistakes when it comes to filler and work done on my face and I’m slowly starting to reverse it all.”