Max George And Maisie Smith Have Commented On Their Age Gap

"It's every girl's dream and I've found it in Max" 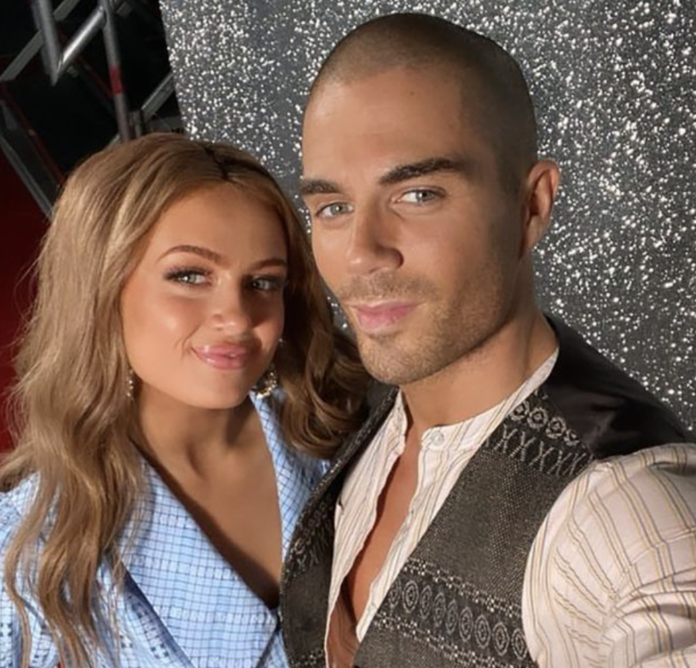 Max George and Maisie Smith have addressed their 13-year age gap in their first-ever joint interview.

The couple began dating in August after growing close during the Strictly Come Dancing tour over the summer. Since going official on social media, people have been commenting on the age gap between the couple. Maisie is 21 years old while Max is 34, leaving a 13-year age gap between them.

But it seems the age gap bothers the public more than it does them, as they’ve expressed that the age gap ‘never enters’ their minds, as they focus solely on their connection.

“It never enters my mind. Maisie has already done so many things that I’m in awe of – I look up to her,” Max revealed.

Maisie echoed the same sentiment as her 34-year-old boyfriend sharing:

“People ask me: ‘Do you notice it?’ and I never have. We’re so like-minded. I’ve got friends in their 30s and 40s. You connect with who you connect with.”

Speaking on how the relationship first began to blossom towards the end of the Strictly tour, Max detailed how he was nervous Maisie wouldn’t feel the same way.

“I could feel I was looking at her differently. I thought: ‘What’s happening here?’ I was pretty nervous to see if it was reciprocated,” Max said.

The pair shared how from their first kiss, they could feel the ‘fireworks’ between them.

Maisie described her relationship with Max as ‘best thing I’ve ever done’ as the pair begin to share their lives with each other.

“We live together now, but we’re constantly traveling around the country, with Maisie touring,” Max shared.

The pair seem to be deeply engrossed with one another, with Maisie sharing that she feels like she’s in a movie.

“It’s every girl’s dream and I’ve found it in Max,” the actress said.