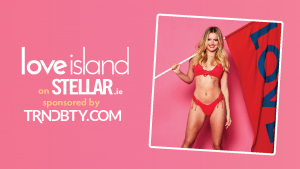 Former Love Island star Molly Mae Hague is showing her support for one of this year’s islanders, revealing how she relates to Tasha Ghouri.

The girls have a lot in common both being blonde beauties in the fashion industry but unfortunately they also share a rough experience in the Love Island villa.

Tasha has been branded as “fake” by some other contestants, and was berated by fellow contestant Luca Bish for being too emotional.

And now Molly Mae is opening up about how much she relates to Tasha and her current situation in the villa. 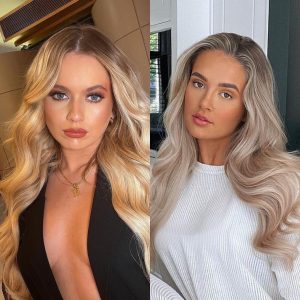 Standing up for the professional dancer, Molly Mae told her followers, “I was basically ‘the Tasha’, everyone accusing me of being fake.”

“Everyone was saying I was with Tommy to get to the final and here we are three years on. So maybe Tasha will prove all the boys in the villa wrong”

The influencer also admitted she wouldn’t have guessed Tasha would be unpopular when catching up on the show. Only finding out about the drama when fellow Love Island alum Maura Higgins told her about it.

As she confessed: “Unpopular opinion I know, everyone seems to like, hate on Tasha. That’s what Maura was telling me because obviously I’m not on twitter so I don’t really see. She was saying everyone seemed to have like quite a strong dislike of Tasha but I would never have picked up on that.”

“I know obviously it took her a while to like make things official with Andrew and settle down and stuff, but, I don’t know, I just don’t really think she’s been very problematic or done anything majorly wrong. Maybe that’s just an unpopular opinion.”

Molly Mae also faced a lot of drama in the villa during her season in 2019.

Fans accused her of faking her romance with Tommy Fury to win the prize money, giving her the nickname, “Money Mae”

She was also accused of faking friendships and rooting for other couples to fail. But three years later and her relationship is still going strong, as are her friendships from the villa.