My 11cm Unwelcome Visitor: What You Need To Know About Ovarian Cysts

Ovarian cysts are very common with women in their reproductive years and Denise Curtin recently learned all about it. 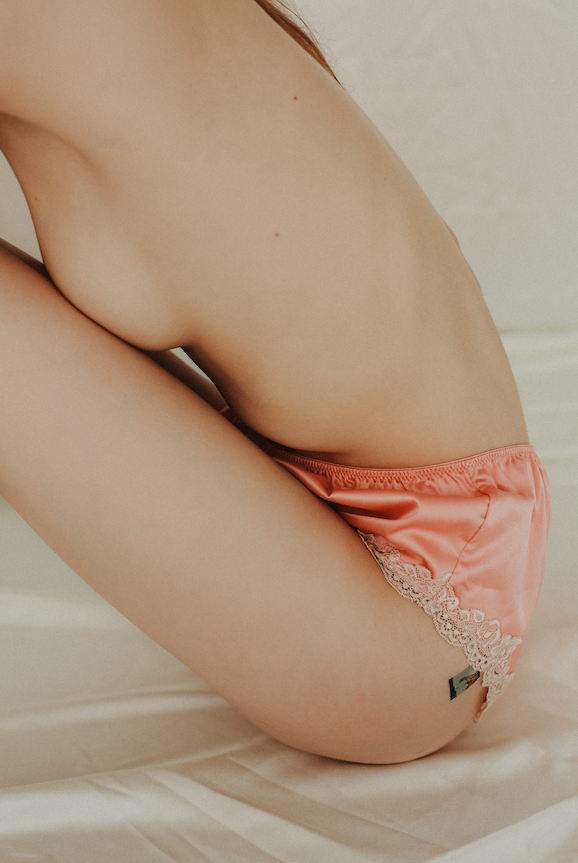 In January of this year I took myself to A&E in crippling pain. One way of welcoming the new year having spent the past two in a pandemic, I sat in a waiting room in floods of tears thinking my appendix was going to burst. Unaware of anything else that could be causing me sudden stabbing pain to the lower right side of my abdomen.

Hilariously, albeit in more of a flabbergasted sense than a comical one, after a very long wait I was discharged seconds after being seen with a diagnosis of constipation. Thrilled you could say that my appendix was in tact and not about to kill me, yes, but overall, I just couldn’t shake the intuitive feeling that something else was wrong. Half of me hoped I was overthinking things, while the other half of me hoped I was right, leaving the hospital feeling mortified that I ran to A&E – crying no less, with a case of clogged pipes.

The great thing about embarrassment is that when you’re already in it, you kind of just roll around in it, like a pig in muck. So, the following day I took myself to my GP and explained the situation, hoping for more clarity – or at least a laxative. Explaining the sharp sudden pain, it’s location, and the ruling out of appendicitis, it was then and there I first heard someone query an “ovarian cyst”. A term I had heard before but knew very little about, my GP gave me a pelvic exam and booked me in to have an ultrasound with a gynaecologist. Leaving her practice, I felt relieved I followed my gut instinct, angry I was so promptly brushed off at A&E, and worried about what an ovarian cyst was and how it was going to impact me. 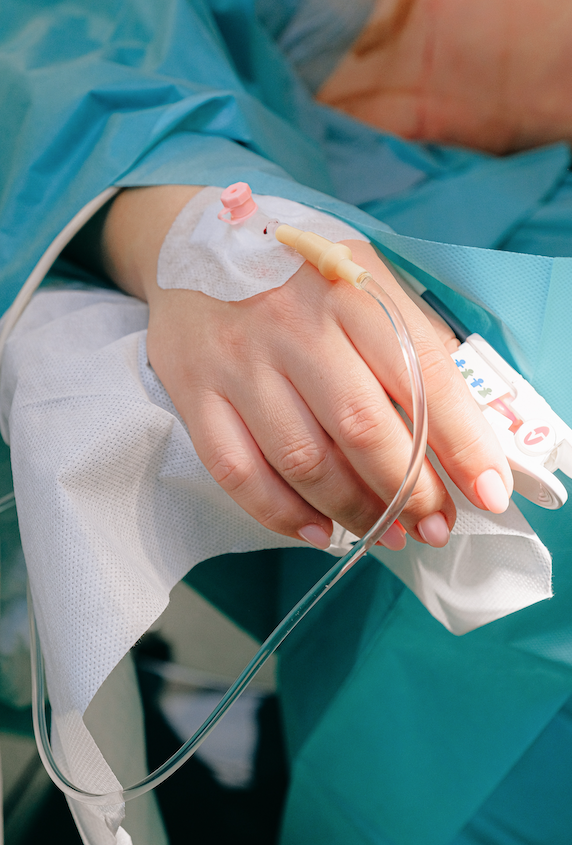 To be honest, I didn’t know how common they were, and how many women don’t even realise they’re there because benign ovarian cysts can be asymptomatic and frequently resolve on their own. But for those that don’t, they can randomly present themselves with sharp pain, bloating, swelling, irregular periods, nausea, vomiting and lower back pressure. Untreated they run the risk of causing ovarian torsion. “Ovarian torsion is considered a surgical emergency as the ovarian cyst acts as an axis on which the ovary twists. This twist or torsion can compromise the blood supply to the ovary and ultimately lead to the death of the ovary,” explains Dr Amina Albeyatti (@dr.amina.albeyatt).

Noting that in approximately 7-8% of pre-menapausal women worldwide, cysts can increase in size, cause pain and in very severe cases can lead to torsion. It’s a topic that overall, tends to lack discussion. A topic I wish I was more educated on before I came into pain and one that might have stopped me from checking out of A&E and leading me to receive the proper care.

Because for me, this cyst isn’t one that’s going away on its own. It requires open surgery via the abdomen and as we go to print I’m awaiting a date for surgery. At 11cm, it’s going to require me spending a few days in hospital and a couple of weeks at home recovering. Most functional cysts are 2cm to 5cm in size, but cysts can grow upwards of 10cm, even 20cm, with stories of those who’ve even looked pregnant due to the size of their cysts, causing protrusion of the stomach.

If a cyst is large, causing pain, or appears suspicious for cancer, treatment usually involves surgery to remove the cyst or the entire ovary. The type of surgery depends on many factors including the patients history, the size and type of cyst. 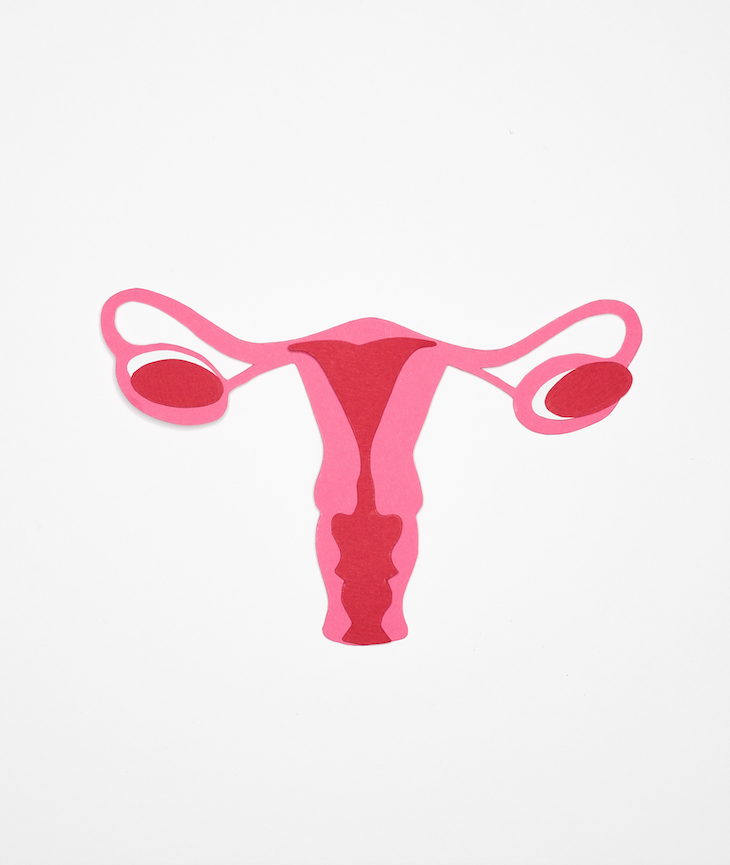 When discussing surgery with my gynaecologist, it was the removal that had me quite worried. As my large cyst is sitting on my ovary, I was informed that although all efforts will be made to save the ovary, the reality is that nothing is guaranteed.

As Dr Amina explains, “a large ovarian cyst that disrupts the natural ovary tissue can impact fertility as well as becoming a physical barrier”. So when the cyst is being removed, there’s a possibility that the ovary, or part thereof will have to be removed too. “For pre-menopausal women every effort is made to maintain the ovary and not to remove it unless it is unsafe to keep it due to surgical complexity or risk of ovarian cancer,” Dr Amina adds. This is called an oophorectomy.

Going into surgery not knowing if you’re going to lose an ovary or not is extremely worrying and believe me when I say, there were tears shed after my initial consultation. It felt like life went from zero to sixty in the timeframe of learning everything there is to know about ovarian cysts while also coming to terms with what was going on inside my body.

Worrying about your fertility before you’re even thinking or planning to have children feels strange, but the thoughts of having that decision impacted down the line is heartbreaking. Having one ovary means you have one supply of eggs to fertilise each cycle or two. However, Dr Amina reassures that “if it is a healthy ovary and there are no other fertility issues the impact shouldn’t be too great when it comes to conceiving.”

Again, a reminder that these instances are rare and like previously mentioned, most ovarian cysts come and go without making a murmur or impact, but in cases like mine, it can be different and therefore it’s always good to be informed. 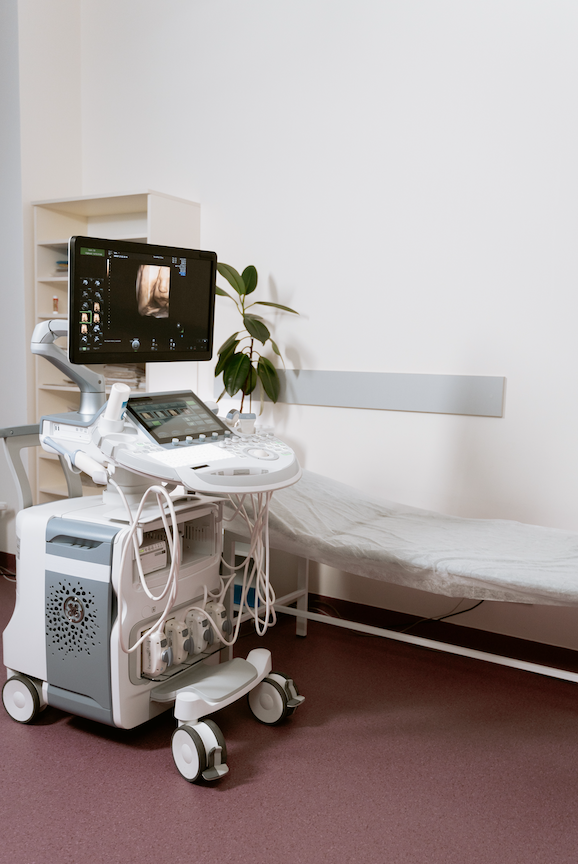 Writing this story before having surgery feels strange because in many ways I still feel unaware as to what lies ahead, but I also know how important it was for more people to be educated on this topic given the lack of conversation and media surrounding it when doing my research. If you are worried about an ovarian cyst, Dr Amina advises that as with most symptoms “if they persist, it is important to be examined by your GP so that further investigations and potential treatments can be offered.”

Q: What’s the difference between an ovarian cyst and polycystic ovary syndrome (PCOS)?
A: “An ovarian cyst is a normal part of the menstrual cycle. A large ovarian cyst over 5cm usually requires medical intervention to prevent a torsion or increased risk of ovarian cancer in very rare cases. Polycystic ovaries are ovaries that can multiple tiny cysts over the ovary. PCOS os a common variable of normal and affects about a third of menstruating women. It can affect hormone levels within the menstrual cycle and is related to increase androgen hormones as well as insulin resistance. It can make getting pregnant a little harder but isn’t a direct cause of infertility or pain.”

This article appeared in STELLAR Magazine’s August issue, 2022. Since then, Denise successfully had surgery to remove her ovarian cyst without any complications. If you’re worried about an ovarian cyst or have any questions about the issues raised in this article, it’s best to contact your local GP.