Nine Things I Learned At Bravocon with Hayu

Our EIC Vicki Notaro is spilling the tea, and it's PIPING 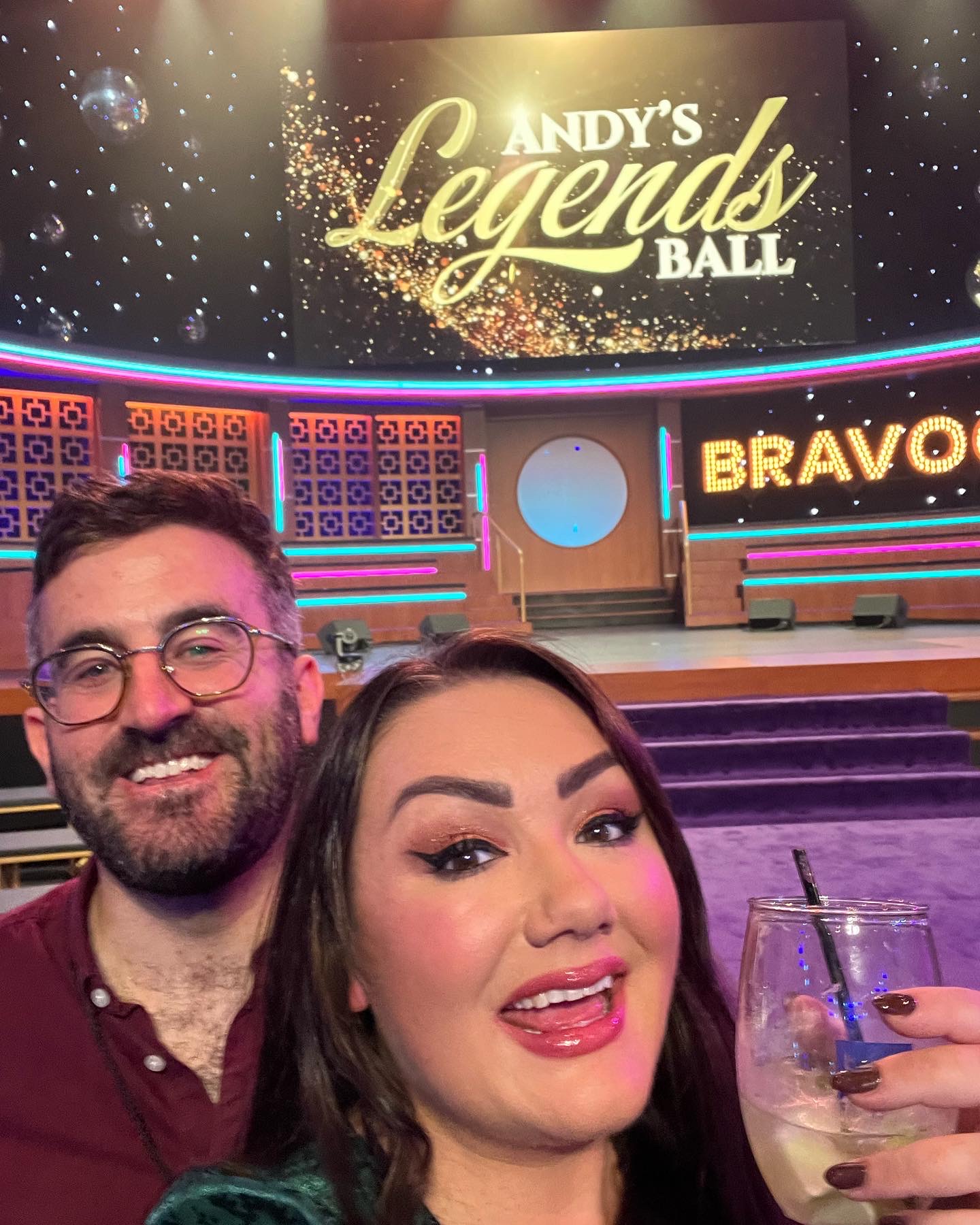 Last weekend, my colleague Patrick and I had the extreme pleasure of attending Bravocon in New York City, a three-day extravaganza featuring all the stars of your favourite Hayu shows – and then some. Between panels, photo ops, drinks-and-mingling events and even a live taping of Andy Cohen’s Watch What Happens Live, the experience utterly superseded our expectations, even as Housewives Super Stans.

FYI, Bravo is a network in the USA but all of its reality content is streamed on Hayu in Ireland

Here is what I learned….

Everyone is even more beautiful in real life

And I mean EVERYONE. The Housewives themselves, their husbands, their children, the casts of the second tier shows like Summer House, Vanderpump Rules, even Captain Lee is a silver fox! I was shook at just how polished, preened and glamified everyone was, but also at the natural beauty and charisma radiating from these Bravolebrities. 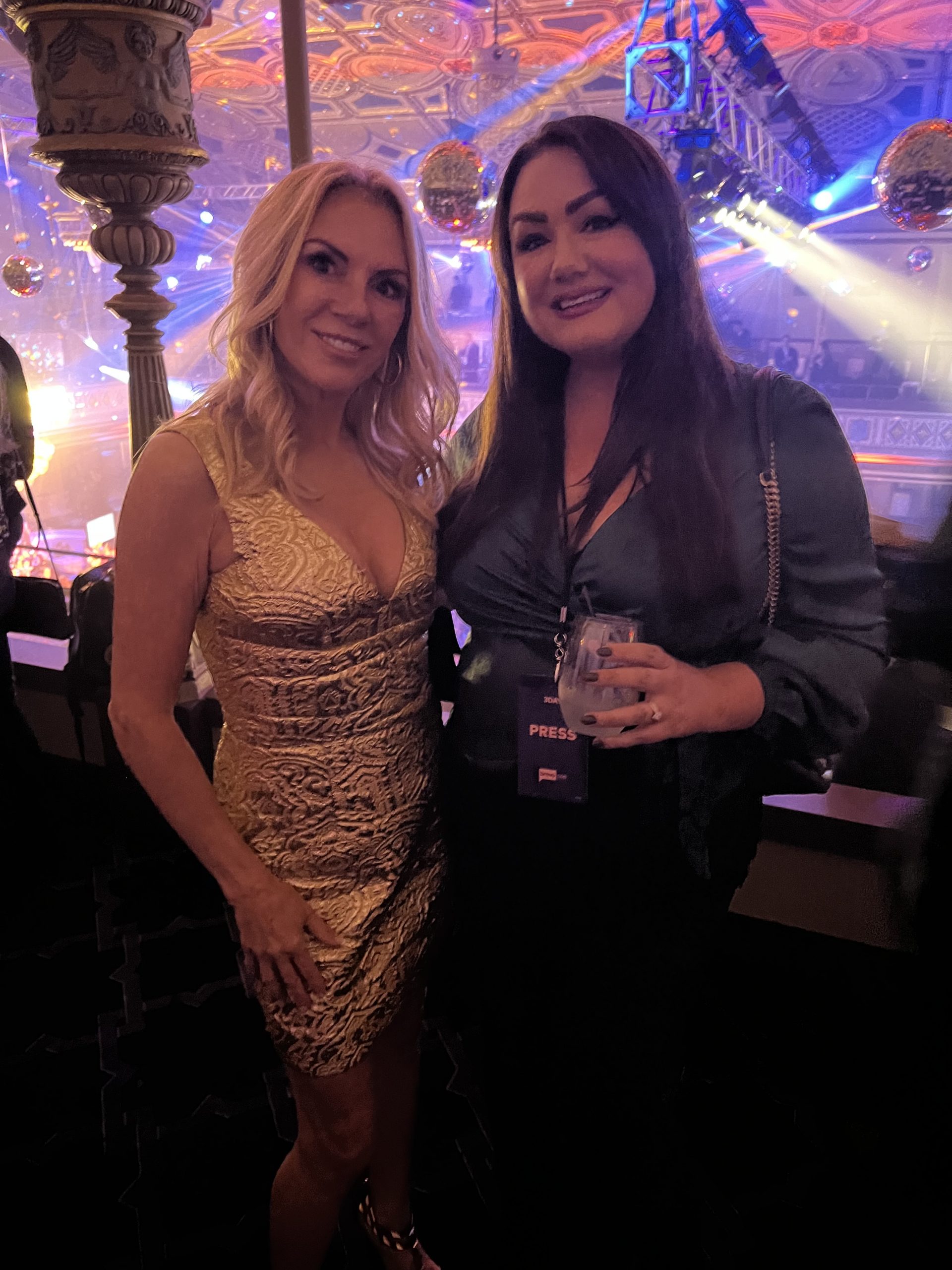 Craig Conover from Southern Charm is one of the most attractive men I’ve ever seen. His Winter House co-star Luke? SMOKIN’ (and interestingly, both have their hair done by Irish stylist Mairead Clarke). Perhaps most surprising? James Kennedy from Vanderpump Rules is a beaut. Those cameras do him dirty, I swear. Tall, built, handsome, sexy. I was shook.

Patrick and I delve in to more detail about individual Housewife glam on this week’s The Glow Up, btw. Check it out here.

I have never witnessed more committed convention-goers (and I’ve been to Dublin Comic Con). These fans had ZERO chill, screaming like maniacs and launching their entire bodies across what is essentially a much larger version of the RDS if they got even a sniff of a celebrity appearance. The queues were insane, the screeching intense and the craic absolutely mighty. I may have lost the run of myself on a few occasions also – this was a very overstimulating experience. 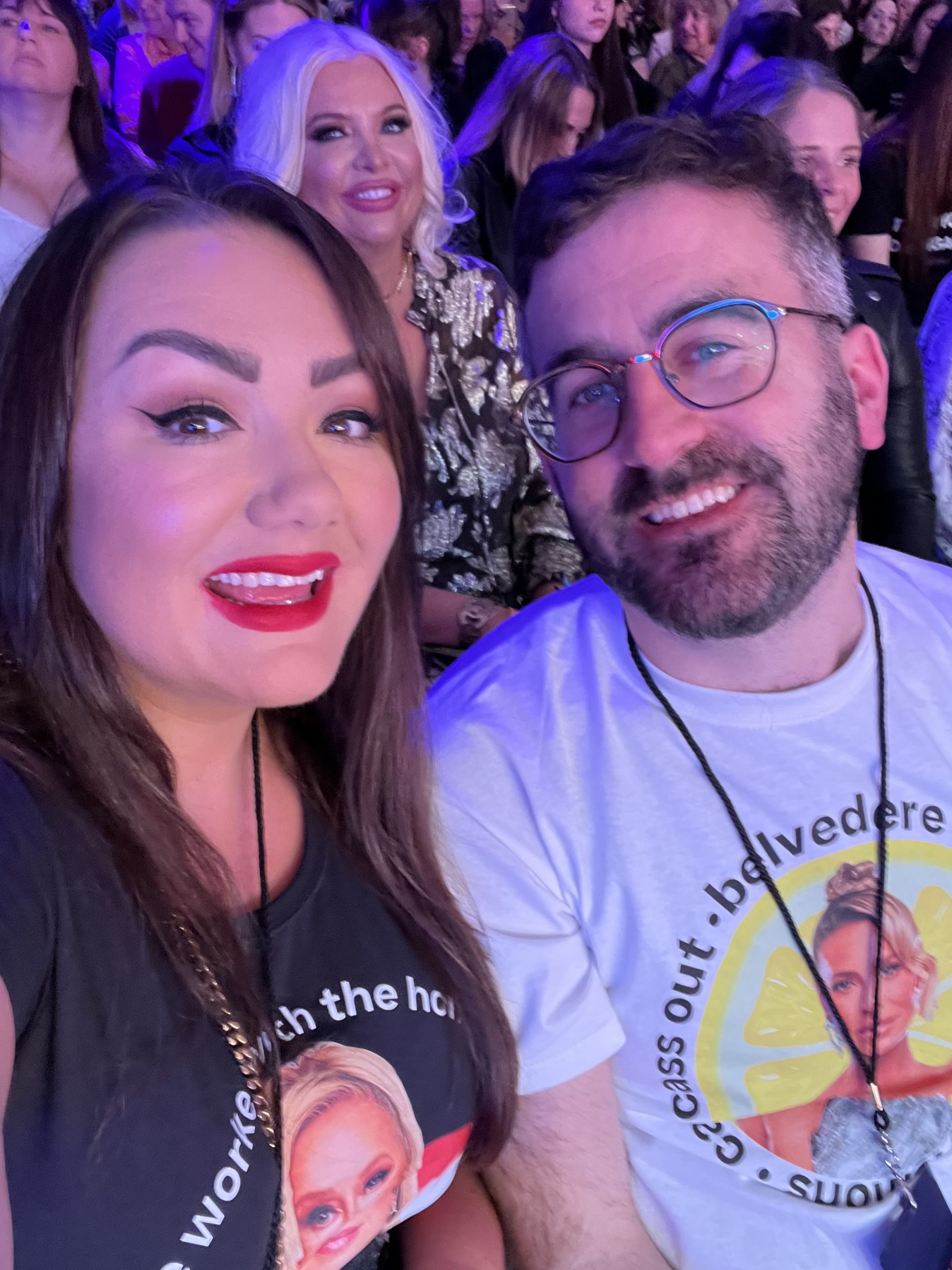 Watching the stars watching themselves was surreal

One of my favourite parts of attending Bravocon was going to the panel interviews which featured a mixing of casts as well as straight-up, reunion style chats. As press, we were lucky to have front row seating so we got up close and personal. I was glued to watching the stars’ reactions to watching back their most iconic moments – witnessing Teresa Giudice watch herself flipping the table was quite simply one of the most surreal moments of my life.

Reality stars get trolled sooooo much

We all know trolls exist in many different forms, but Bravolebrities get it on an unprecedented scale for people who aren’t exactly household names. I realised this weekend that the sense of ownership fans feel over them is absolutely insane – similar to what some feel for Irish influencers, say, but feel that these people are even more deserving of a takedown because they’re on telly – ridiculous, but true. 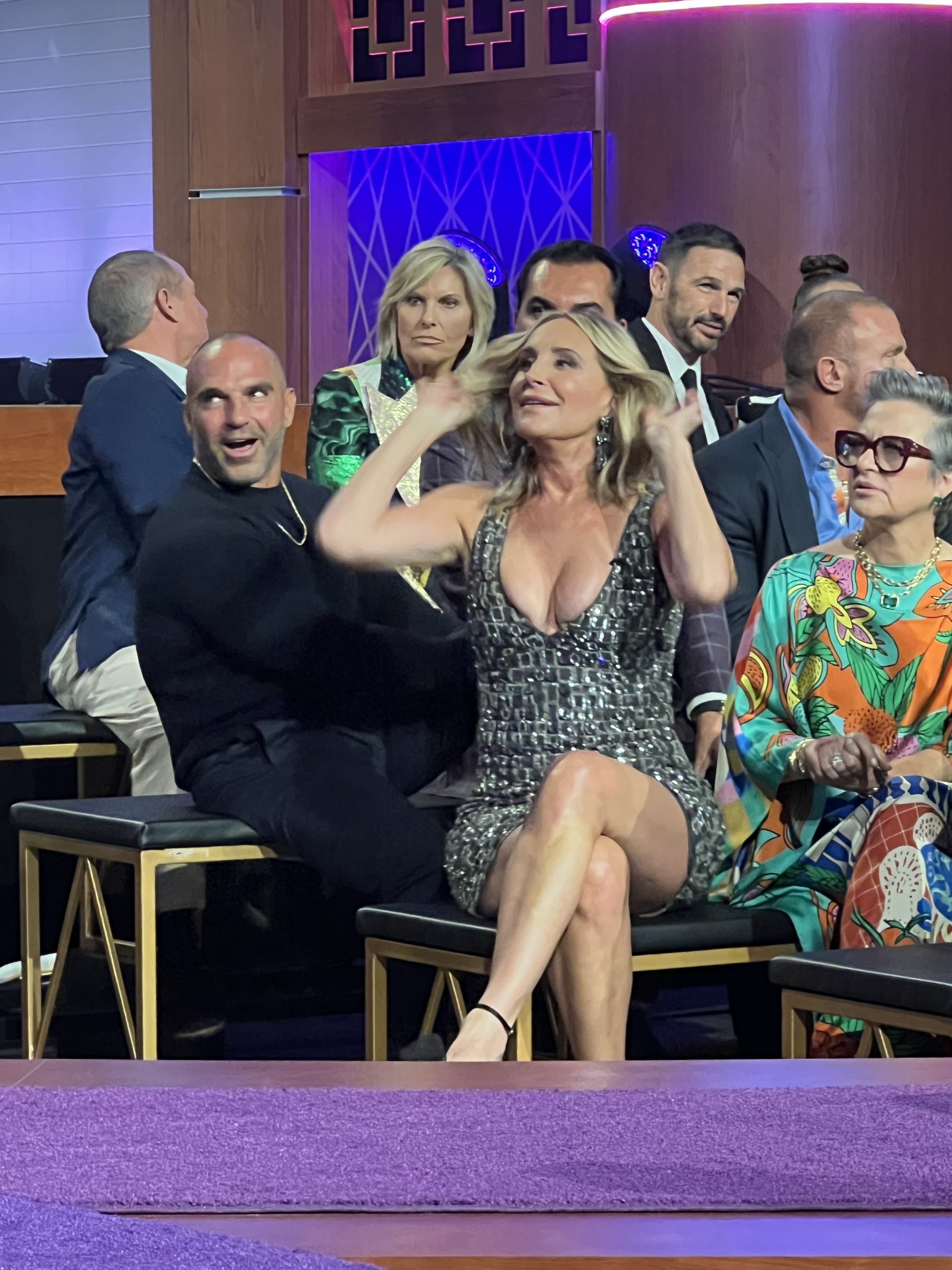 Most manage their own social media, and see what regular people and the tabloid press say about them – from reportage on the truth to absolute nonsense. I felt so sorry for so many of them, because when I asked them if they were having fun, they were all pretty much like “it’s so nice to be somewhere that everyone is nice!”

Not everyone had a great time of it, though – poor Lisa Rinna was booed and very shook by it 🙁

Sonja and Luann’s new show is going to be huge

Former RHONY castmates Sonja Morgan and Luann De Lesseps (aka The Countess) got the biggest screams of the weekend. Their new show, which is sort of like a Simple Life expedition to small town USA is going to be massive. We don’t have an air date yet, but it’s called Welcome To Crappie Lake. 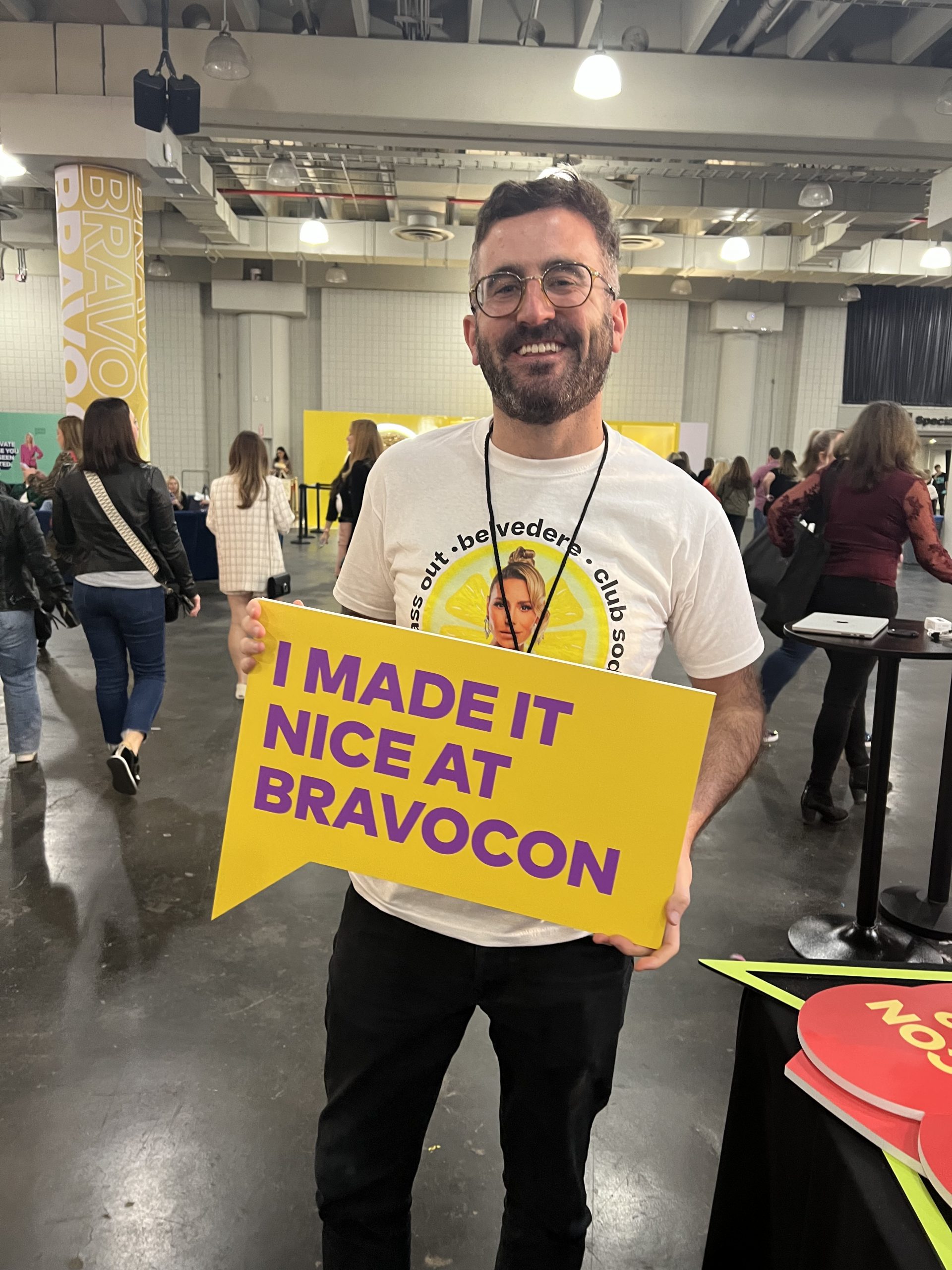 One of my favourite panels was all about the most iconic girls trips they’ve taken on various Housewives seasons. Producers told us everyone is envious of the Beverly Hills trips, especially their private jets. But Kyle Richards confirmed they do pay for their own elaborate trips and hey, those Hollywood gals have big money!

If a Bravoleb was late, queues were badly handled or fans weren’t getting what they paid for, they were not afraid to complain loudly, hiss, boo, tweet and complain. And we kinda said fair play – some fans paid over $2000 for a weekend VIP pass though, and for that, I’d want to basically go on the piss with Sonja. However it was only year two of Bravcon (the last was in 2019 pre-pandemic) and the shows have grown massively since then, so teething problems were to be expected. 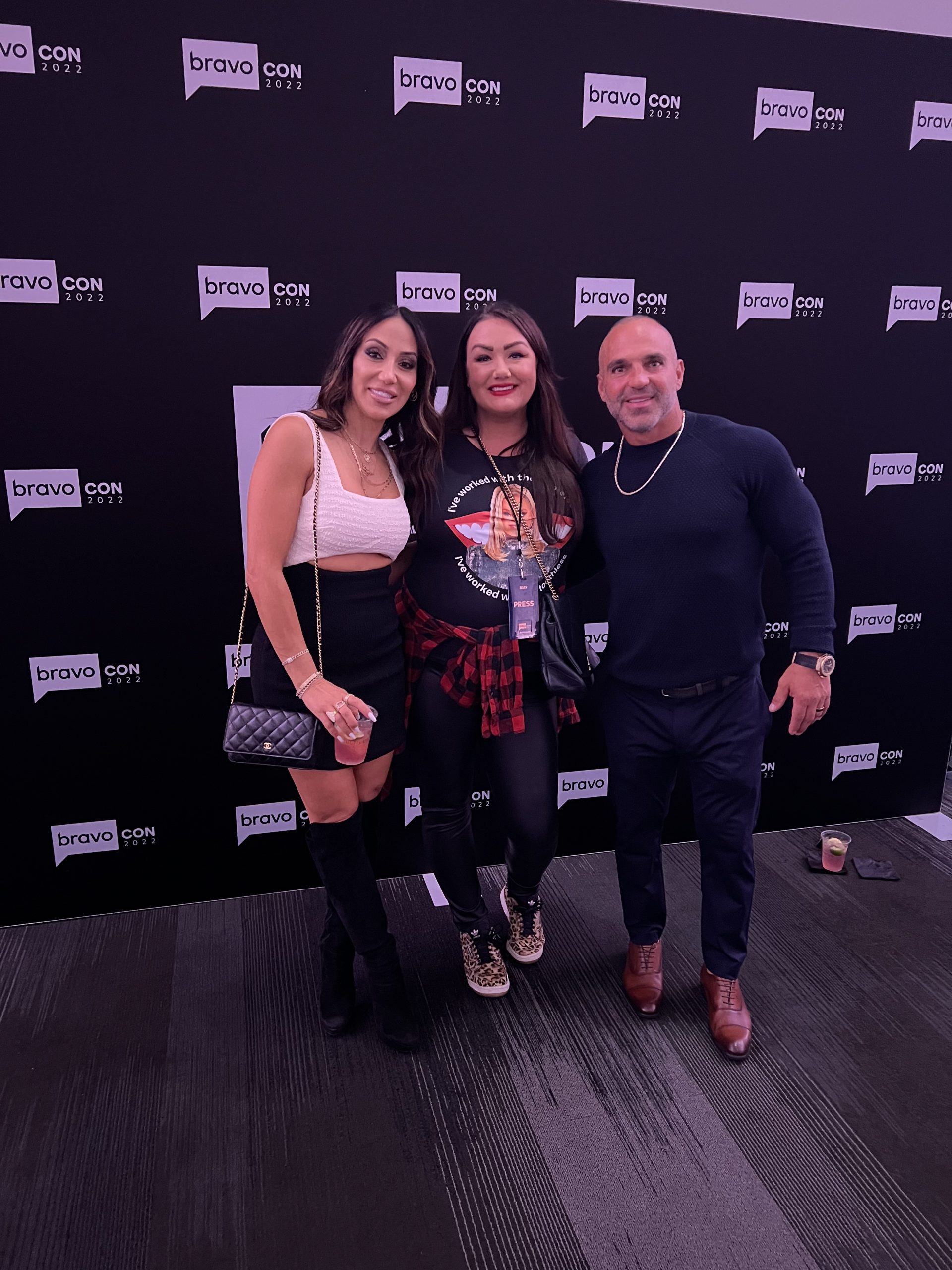 The fights, spats and drama are REAL

There is nothing scripted about the reality here – these are a shady bunch of people by nature, and they couldn’t wait to rip in to one another when asked. We observed Dorinda Medley and Jill Zarin fighting about rented houses on one panel, Ashley Darby and Vicki Gunvalson squabbling about rudeness at a photoshoot and the Salt Lake City cast all tearing strips off one another. And that was just on official panels! Offstage there were drinks thrown, barbs exchanged through the press and drama galore. I need Andy and a camera

We were lucky enough to sit front row at Andy’s Legends Ball, a Watch What Happens Live special filmed with 140 Bravolebs. The whole thing was an out of body experience (if you watch the episode on Hayu, you’ll clock me and Patrick a few times!) but none more so than when four of my favourite Bravo stars appeared to lip sync to their greatest hits. They were a surprising foursome – not including the more established recording artists Countless Luann and Erika Jayne – but it was AMAZING craic featuring the splits and a death drop. I won’t spoil it, so watch! 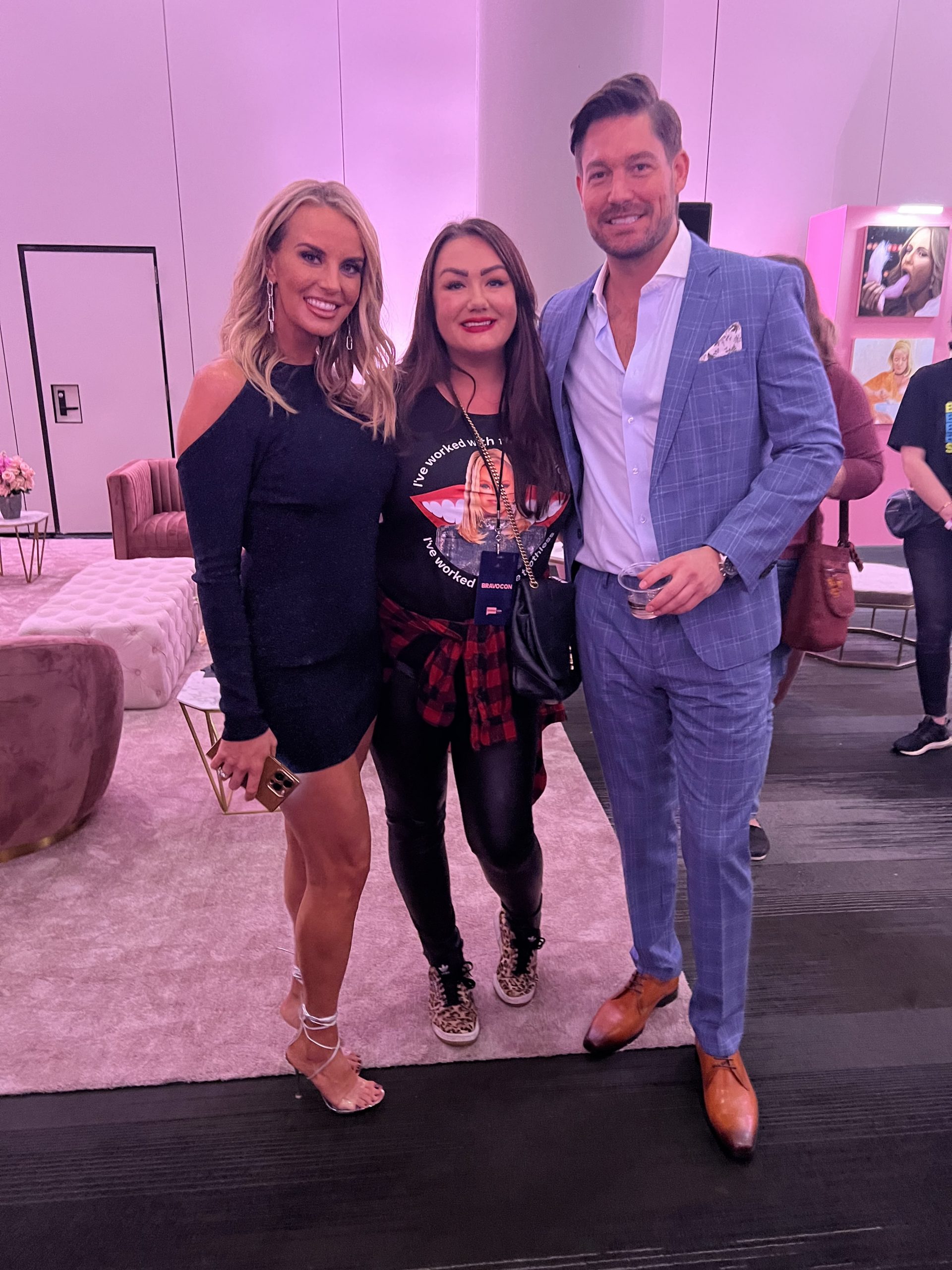 There’s loads more I could share (and will, in the next issue of STELLAR) but for now, rest assured that I am already saving for and counting the days til Bravocon 2023.

*Our visit to Bravocon was a press trip sponsored by hayu

Stream the dream with every season, every episode and every spin-off of your favourite reality TV shows on Hayu in the UK and Ireland