Olivia Wilde Shares Snaps From Her Trip To Family’s Hometown Of Ardmore, Waterford

Hollywood star Olivia Wilde enjoyed a trip to Dublin with her beau Harry Styles just last month. And now she back again, giving fans a glimpse at her holiday in Ardmore, Waterford.

Sharing some photos from her stay on Instagram, the actress could be seen relaxing by seaside on some grass. Captioning her post with two love heart emojis with an Irish flag in between.

Olivia was joined by her two children Otis and Daisy, who also seemed to love their time here.

In her photos they were seen enjoying a barbeque on the beach, exploring some ruins, and playing some mini golf. 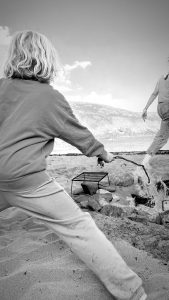 Ardmore holds a very special place in Olivia’s heart as she has a strong family connection to their.

Her grandfather, novelist and journalist, Claud Cockburn, moved there from London after World War II. Her father, fellow journalist, Andrew was then raised there, but moved to Washington D.C. when he was older.

But growing up the director would spend summers with her grandfather in Waterford, and has fond memories from that time. 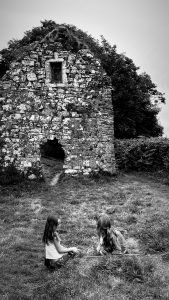 While she had plenty to keep her occupied during her stays here, what she really remembers for her childhood in Ireland is rushing in at 6.30pm every evening to watch Home & Away.

As she told the Irish Independent; “We were obsessed with Home and Away, I remember sprinting down the hill to our friends Katy and Sarah’s house, and my sister and I would run in the door to watch it.”

But she didn’t spend her whole summer stuck in front of the TV, most of the time she was out in nature. While staying beside the Irish coast she also loved, fishing, swimming in the sea, and horse riding. And now it seems she offering her kids a similar holiday to her stays from when she was young.