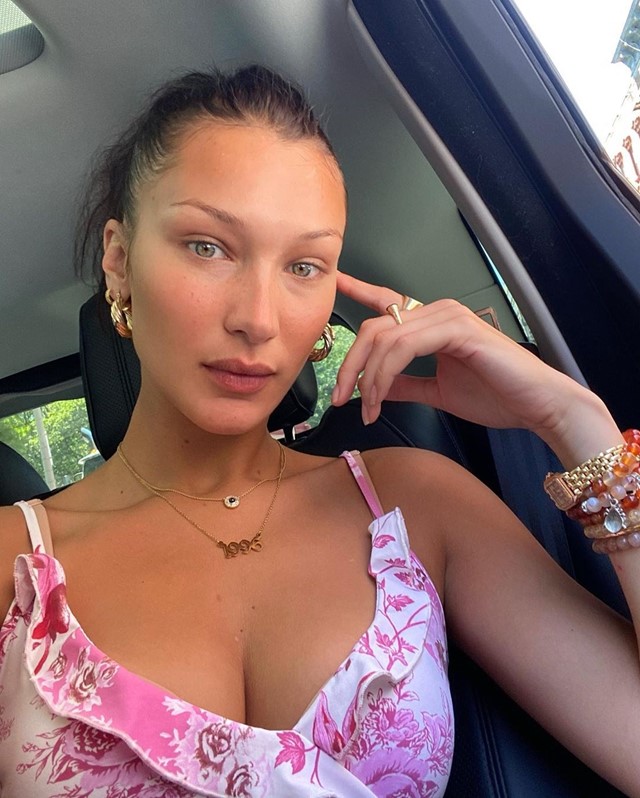 We’re not sure if anyone had this on their 2022 bingo card, but it seems international supermodel, Bella Hadid is a fan of Irish politician Richard Boyd Barrett, following him on Instagram.

The world-famous model, who has 50 million followers on Instagram, took her support for Richard a step further yesterday resharing a post from People Before Profit TD, Richard Boyd Barrett on her stories. 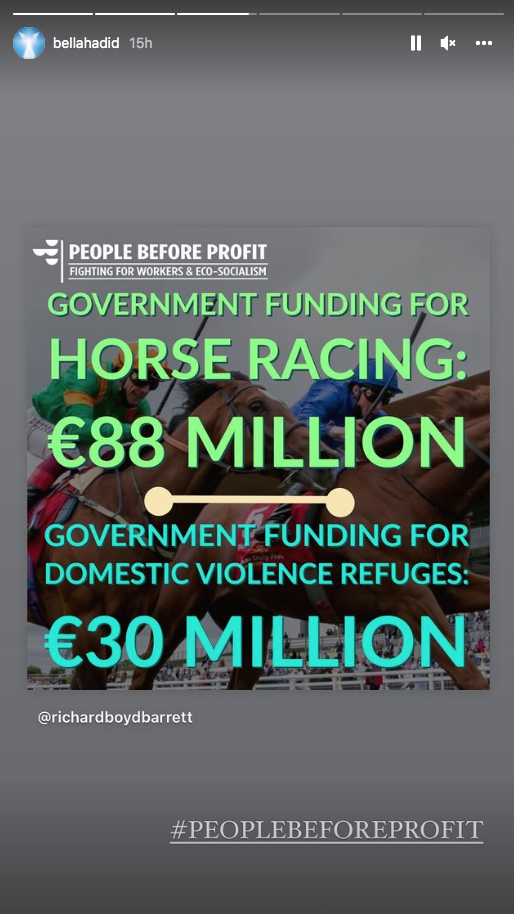 The post in question references the amount of money the Irish Government currently spend on the Horse Racing industry versus what they spend on Domestic Violence Refuges in the country – and isn’t she dead right to be outraged?!

Bella reshared the post along with the hashtag, #PeopleBeforeProfit too, a nice finishing touch.

It wasn’t long before Twitter was alight with talk about the random interaction, here are some of our favourites.

Waiting for Richard Boyd Barrett to rewrite his Insta bio to include:

Bella Hadid was spotted handing out pbp leaflets at the oscars smh 😤 pic.twitter.com/XdNEha52pE

Of course, upon inspection, there is actually quite a clear line to draw when it comes to figuring out how their paths have crossed. Richard recently went viral for a very impassioned speech he made about the treatment of Palestinians by Israel. Bella is half Palestinian, and the conflict in the region is something Bella has been very vocal about in recent times.