We adore their friendship!

In 2020 we were taken on a whirlwind romance with Connell and Marianne in Normal People, their tense, awkward, passionate love story kept us on the edge of our sofas during lockdown and the show’s stars have become household names ever since.

Both Paul Mescal and Daisy Edgar-Jones have since signed on to impressive projects and we love to see it.

We have also been fangirling over Paul’s romance with singer Phoebe Bridgers, the pair have been spotted all around the globe, being adorable, taking cute red carpet pictures and even spending Christmas with Paul’s family in Ireland.

So, you can imagine our excitement when both Daisy Edgar-Jones and Phoebe Bridgers teamed up in an interview for Interview Magazine. Obsessed.

Two of Paul’s leading ladies in one project? Genius move.

Phoebe interviewed Daisy for the mag, chatting about everything from Normal People to Fresh and cringe Tattoos that never were.

Phoebe admitted to Daisy that she wasn’t too keen on watching Normal People at first saying, “Phoebe Waller-Bridge sent me an email being like, “If you’re super depressed in your house, watch Normal People.” It was right in the beginning of COVID. I was like, “Dude, I’ve read Normal People. I don’t really want to live in that universe right now.” And she’s like, “Fucking do it.” I’m so glad that I tortured myself in that specific moment.”

“I straight up was not going to [watch it], and not even in a pretty way. I was just an emotional wreck,” she added.

It’s a good thing she decided to watch in the end! 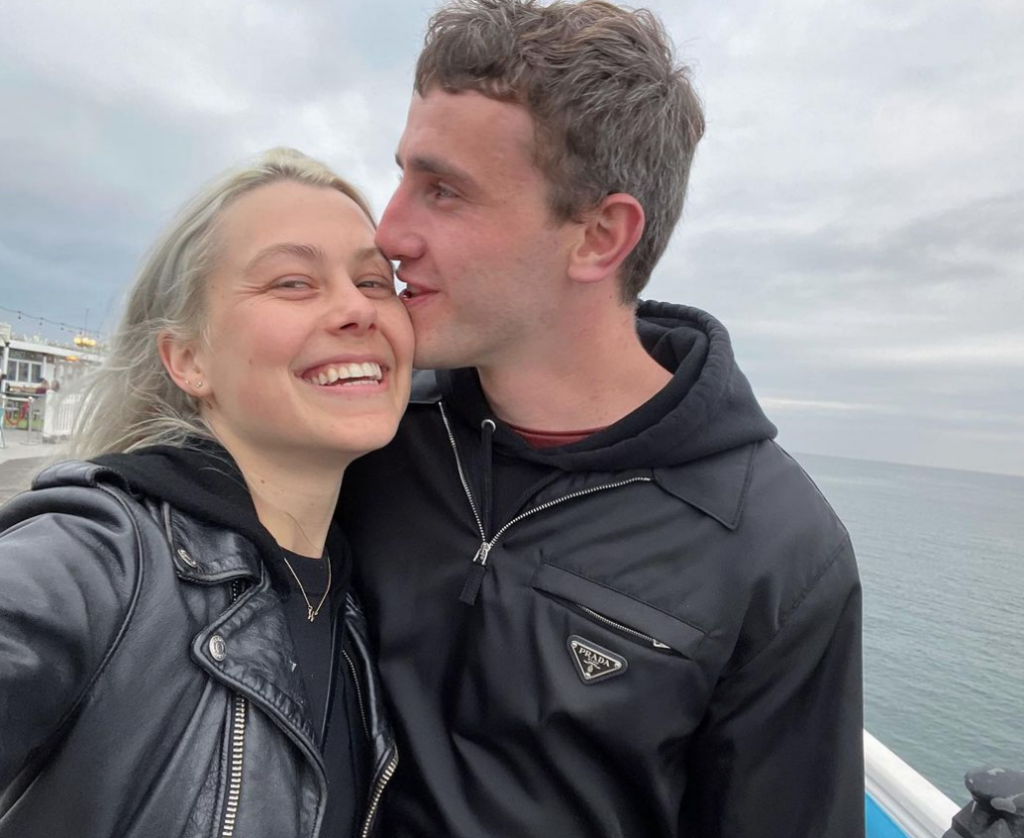 Although Daisy has landed some brilliant roles since Normal People, she admitted she still gets imposter syndrome even during filming.

“I dreamed so much of being able to have this career. It’s really funny too, because I suffer quite badly from impostor syndrome. Sometimes when I’m auditioning for stuff I’m like, “I’m going to get this. I’m perfect for this part.” But then when I get the part, halfway through it I’m like, “Why the fuck did they pick me?” she said.

“It ebbs and flows. Maybe it’s hormonal. I don’t know. It’s improving, actually, which is nice. I’m starting to get less in my head. The whole point of being a good actor is to listen and to be present. When you’re too busy worrying about whether what you’re doing is any good, then you’re not going to be any good.

“I think it’s just the nature of being an actor. Because you’re quite vulnerable sometimes in front of the camera. And if you get it wrong it’s there forever. I’ll always have that kind of worry. And hopefully I do, because it means that I always want to get it right,” she continued.

The pair bonded over moments of not being completely present while on the job, be it at a concert or on-set, as well as reminiscing about their past cringe moments they were glad were left behind.

Phoebe asked Daisy, “Now that people take it upon themselves to dig for things on the internet, is there, like, a school play, or something you posted in 2011, that you’re like, “Please, go away.”

Daisy said, “There are some questionable pictures that I took thinking they were cool and sexy.”

Phoebe admitted, “There was definitely a moment in my life where I was going to get an entire skeleton-hand tattoo. Thank god I was broke at the exact time in my life when I was trying to make those decisions.”

Daisy was also a fan of Tattoos when she was younger, with one very specific one in mind… she said, “Oh my god, I wanted tattoos too. I wanted a Daisy chain at one point. That would’ve been so sad.”

We love that these two are pals and can just imagine the lols when they get together with Paul, oh to be a fly on the wall!