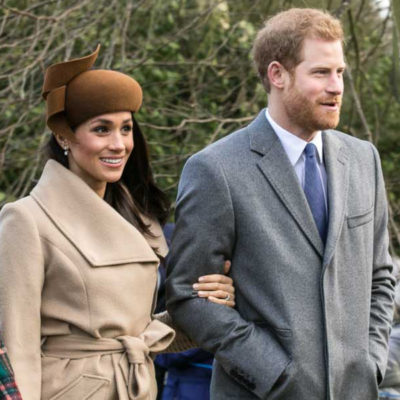 Prince Harry and Meghan Markle have released their 2021 Christmas card and their family picture is so cute.

We see Lilibet Diana for the first time in the image, Meghan and Harry are lovingly gazing up at their daughter, who seems to be smiling back, while Archie (2) sits on Harry’s lap.

The Christmas greeting read, “This year, 2021, we welcomed our daughter, Lilibet, to the world. Archie made us a ‘Mama’ and a ‘Papa’, and Lili made us a family.

“As we look forward to 2022, we have made donations on your behalf to several organisations that honour and protect families – from those being relocated from Afghanistan, to American families in need of paid parental leave: Team Rubicon, Welcome.US, Human First Coalition, Humanity Crew & Paid Leave For All, PL+US, Marshall Plan for Moms.

“Wishing you a happy holiday season and a prosperous New Year, from our family to yours! As ever, Harry, Meghan, Archie & Lili”.

A post shared by The Duke and Duchess of Sussex (@sussexroyal)

Lilibet “Lili” Diana Mountbatten-Windsor was born on Friday 4th of June. The name the couple were to choose for their daughter was highly anticipated. In the end they went with a name with multiple special meanings to them.

As we all know, the most obvious reason is because it’s the nickname of Queen Elizabeth – most commonly used when she was a child and as a term of endearment used by her husband, the late Prince Philip.

Earlier this year, the Queen even signed her last letter to Prince Philip as “Lilibeth” showing how special the nickname was to both of them. So, you can be sure she’s thrilled that the name is living on now with her great granddaughter.

A post shared by The Duke and Duchess of Sussex (@sussexroyal)

The little girl’s middle name “Diana” is a tribute to Prince Harry’s late mother, Princess Diana and now, it turns out the name has another meaning.

The name also holds special meaning to Meghan and her mom, Doria Rgaland as People reports that “Flower” is what Meghan was called by her mom as a child and now her daughter’s nickname is a type of flower.

Lillies in particular are also a favourite flower of Meghan’s with them being ever present in her life and included in her bridal bouquet when she married Prince Harry in May 2018.

The picture was taken by Alexi Lubomirski who also took the couple’s engagement pictures.

The photographer posted the picture to his Instagram with the caption;

“The Duke and Duchess of Sussex, Archie and Lilibet. This is one of those rare and special projects, that one is fortunate enough to be a part of.

“To be able to continue the story of this family whom I first photographed as an engaged couple, then on the day of their wedding, as a married couple and now seeing their love manifest into two beautiful children, has been a delightful honour.

“Anyone who has seen my #AllLoveSeries, will know that one of the greatest joys I receive from photography, is when I am able to photograph “love” in some form or another.

“To be trusted by your subjects enough, to open themselves up and have their connection documented and translated into an image, is one of the greatest gifts a photographer can have.

“This day with the Duke and Duchess of Sussex was one such joyous experience, and one that I feel extremely privileged to have been invited to capture. X”