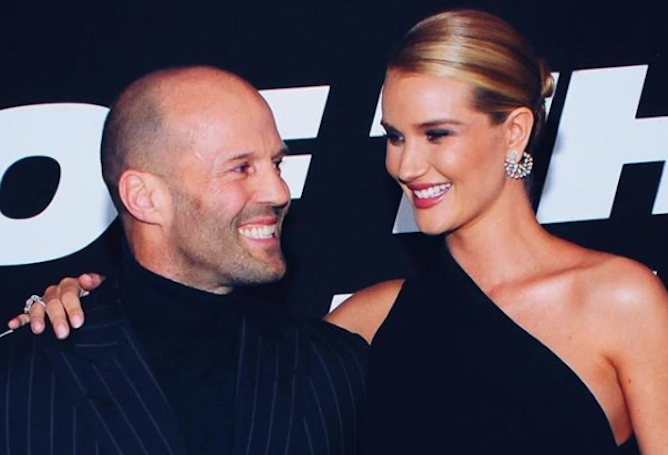 Rosie Huntington-Whiteley may have just become a mother-of-two!

According to the Mail Online, the model and her partner Jason Statham welcomed their second child in London this week.

Neither Rosie nor Jason have posted any baby news on their social media yet so we are still awaiting an official baby announcement.

The couple welcomed their first child, a son named Jack, in 2017 a year after getting engaged.

Announcing that they were expecting baby number two back in August, Rosie posted a mirror selfie with the caption, “Taaa daahhh !! 👼🏻👼🏻👼🏻 #round2″.

In January of this year, Rosie posted another mirror selfie as she showed off her progression while she patiently waited for her newborn’s arrival.

Friends including, Kourtney Kardashian, Millie Mackintosh and Karlie Kloss all sent their love in the comments section.

In the past, the model has talked about wanting her children to be part of their wedding, and so, the pair aren’t in a rush down the aisle just yet.

We will keep an eye out for a baby announcement on social media!