Staying In Tonight? Robert Sheehan And Other Famous Faces Will Be On The Late Late Show

Check out the full line up here. 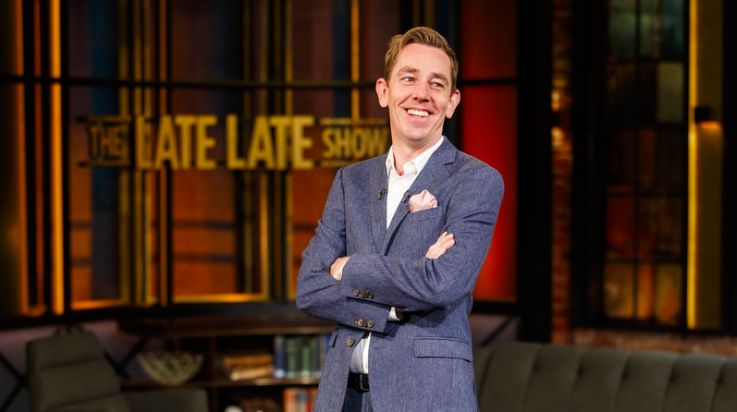 Thankfully, Friday is finally upon us which also means our weekly fill of the Late Late Show is here too. The line-up for this week’s show has just been revealed, and it looks like we’re in for a good one.

Robert Sheehan will be joining Tubridy on the night, best known for starring in everyone’s favourite Irish drama, Love/Hate as well as The Umbrella Academy, Misfits and The Mortal Instruments.

He’ll be chatting about his childhood spent growing up in Portlaoise and becoming an author even though he almost failed English in his Leaving Cert!

The coaches from Ireland’s Fittest Family will be joining the show, but there’s no need for Ryan to worry as they won’t be putting him through his paces!

Instead, Anna Geary, Davy Fitzgerald, Derval O’Rourke and Donncha O’Callaghan will be chatting about their on and off-screen rivalry ahead of the show’s return at the end of the month.

Also in the world of sport and fitness, Vikki Wall, one of the stars of the All-Ireland winning Meath ladies football team will be sharing some of her favourite photos from the GAA year from the 2021 edition of the popular book Season of Sundays.

On Friday Ryan will also be chatting with award-winning Irish author, John Boyne. Chatting about the recent release of his latest book, The Echo Chamber he will reveal where he gets his ideas from as well as the stories behind some of his most well-loved books like The Hearts Invisible Furies and The Boy In The Striped Pyjamas.

If you’re in the mood for a laugh, comedian Billy Connolly will be speaking with Ryan about his 50 years in comedy. Joining Ryan from Florida, we’re sure he has some interesting and hilarious stories to tell!

Finally, Malaki and Tolu Makay will be performing their new single The Light.