The emotional tribute aired on TG4 on Saturday night as part of the Fleadh 2022 coverage. 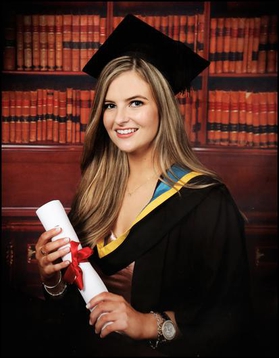 Ashling Murphy’s family have shared a touching tribute to their late daughter as part of the Fleadh Cheoil which has been taking place in Mullingar.

A talented musician and primary school teacher, Aisling had a great love for music and would now be 24-years-old.

Her death left the nation heartbroken and angry, at 23-years-old on January 12th, Ashling was attacked and killed while out for a run near her home, along the Grand Canal in Tullamore, Offaly.

Speaking in the tribute video, her father Raymond says: “She had so much more to give to everyone… what she done in her short 23 years, if she had another 23 years, what would she have achieved? It’s a terrible loss, and I can say no more than that.”

The tribute also included a series of clips showcasing Ashling doing what she loved most, playing traditional music. The videos included solos by the talented player, as well as with the Ballyboy branch of Comhaltas Ceoltóirí Éireann (CCÉ).

“She always had a big smile for everyone. From the youngest to the oldest, she always had a smile for them. She was very lovable, caring. She loved everyone. And she had so much to give to the world,” her mother Kathleen said during the special tribute.

Ending on an emotional note, the overall coverage and night finished with a dedication to the late teacher, while three Comhaltas Ceoltóirí Éireann scholarships will be offered in memory of the young woman, which were presented at the Fleadh.