The First Pictures Of Pete Davidson And Emily Ratakjowski Have Emerged

Not the matching outfits! 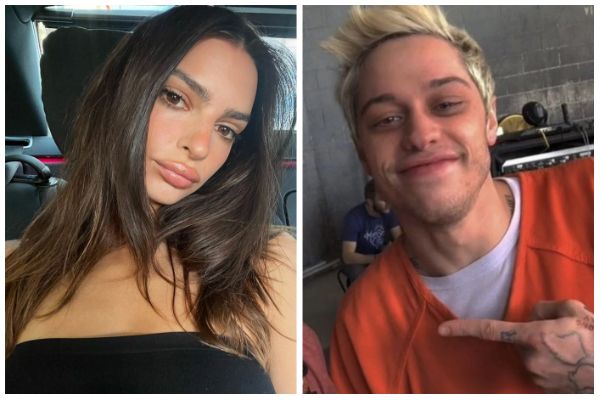 It’s been mere days since the world found out the news that Pete Davidson and Emily Ratakjowski may be dating.

Unsure at first, the only real evidence we had was from a source who told a gossip page that they apparently saw them out and about together in New York, looking extremely cosy nonetheless.

Now, there’s solid evidence that the two are actually on their way to becoming an item, as pictures have emerged of them on what seems to be a date night.

As reported by Page Six the two were apparently celebrating Pete’s 29th birthday. In the pictures taken, the two can be seen inside an apartment block embracing in a hug while wearing matching black puffer jackets and grey joggers.

Pete allegedly picked up Emily from her apartment in New York, to then quickly leave again without Emily as there were too many paparazzi outside. It’s believed that Emily soon after came out of her apartment and took an Uber to Brooklyn to meet with Pete, with a gift in her hand.

A source close to Emily has also added more fuel to the fire, telling E! News that it was Pete who did a lot of the chasing.

“Pete texted Emily wanting to get together to catch up”

“Emily thinks Pete is a lot of fun to hang out with.”