We adore the loved-up Kravis updates, and the fact that they embrace each other’s interests and styles. Kourtney has re-invented herself as a rock chic, while Travis enjoys dates to Disneyland (Kourtney’s fave place) with their families.

Kourtney loves all things Disney, often showing off disney kitchen utensils, crockery and artwork at her house. So, when it came to some Valentine’s Day flowers Travis went all out with red roses and giant blacked out Minnie and Mickey Mouse statues in the middle of the display.

Sharing videos and pictures of the gesture to her story Kourtney wrote, “I walked into this @travisbarker.” 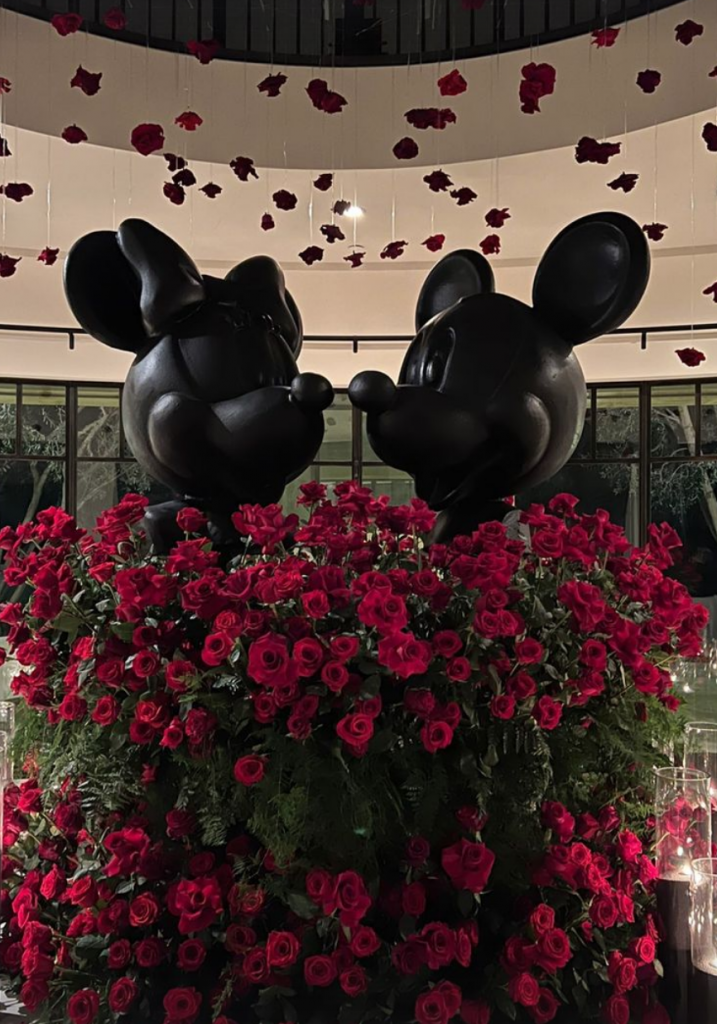 The engaged couple are reportedly planning on tying the knot prettyyy soon, as some details of their upcoming ‘fairytale’ wedding have been shared.

The pair got engaged in October of 2021 after a whirlwind romance and seem happier than ever, so it’s not too shocking that they’re not waiting around to make things official.

Speaking to Us Weekly, an insider revealed: “It’s going to be some time this year and could even be as soon as this spring. They’re so ready to be husband and wife. They couldn’t be more in love.” 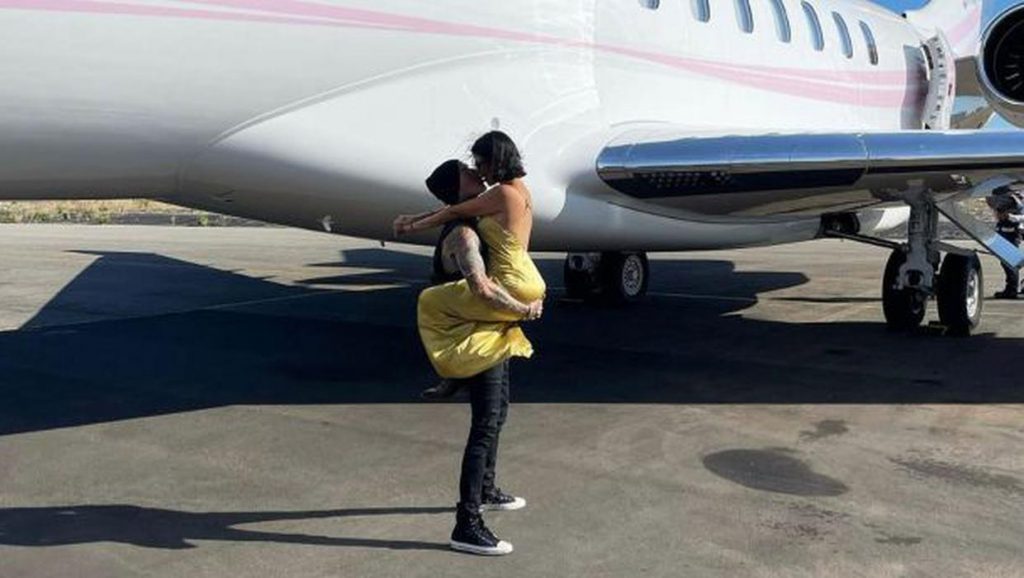 The publication shared that they’re “really excited” about planning the wedding, but want to keep the majority of their plans under wraps.

Continuing, the source shared that Kourtney “doesn’t want any details of her wedding getting out as she wants it to be a surprise to guests. It’s going to be a fairy tale wedding for sure, though.”

E! News has also revealed that Kourtney has hired event planner Mindy Weiss to plan the wedding. She’s a familiar face for the Kardashian clan, having worked with the family for a number of years.

And although there’ll be plenty of famous faces there, a source revealed to E! News that “It won’t be a huge event, only close friends and family.

“Kourtney is relaxed and laid back about the details. She’s not a bridezilla at all. Travis is also involved, but he lets Kourtney make most of the decisions and wants it to be her day.”

We already can’t wait to see the pics, it’s gonna be extravagant.