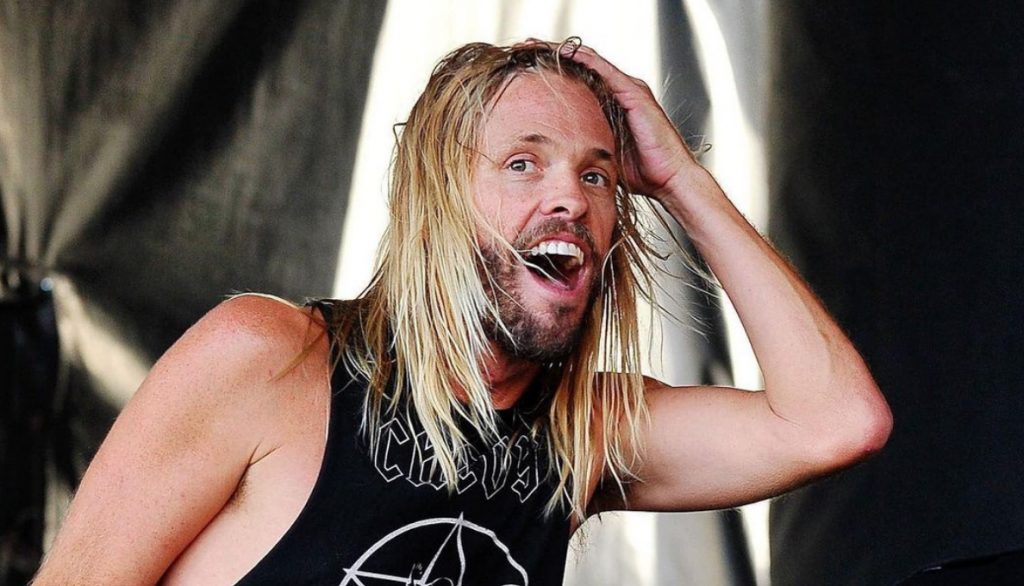 The band were on tour at the time of his passing with a show scheduled in Colombia on Friday night.

The drummer’s cause of death has not yet been revealed but the band have released a heartbreaking statement about the news.

On Instagram they wrote, “The Foo Fighters family is devastated by the tragic and untimely loss of our beloved Taylor Hawkins.

“His musical spirit and infectious laughter will live on with all of us forever. Our hearts go out to his wife, children and family, and we ask that their privacy be treated with the utmost respect in this unimaginably difficult time.”

Celebrities have taken to social media to share their devastation after the news broke.

Travis Barker shared an emotional tribute to his friend writing, “I don’t have the words. Sad to write this or to never see you again. I’ll never forget Laguna Beach days when I was a trash man playing in a punk rock band and you were playing with Alanis. You’d come watch me play in dive bars and be like, “kid you’re a star”.

“And I thought you were crazy but you gave me so much hope and determination. Years later we toured together with Blink and Foo’s in Australia and I have the best memories of smoking cigarettes in the restroom of flights we were on together and watching your set every night. To say I’ll miss you my friend isn’t enough. Till the next time we talk drums and smoke in the boys room … Rest In Peace 😢🥁💔”

Miley Cyrus also shared some words, dedicating her next concert to Taylor. “My favourite memory with Taylor is dancing around his drum kit while he played along to this song…Playing it on repeat imagining us laughing…Love forever” 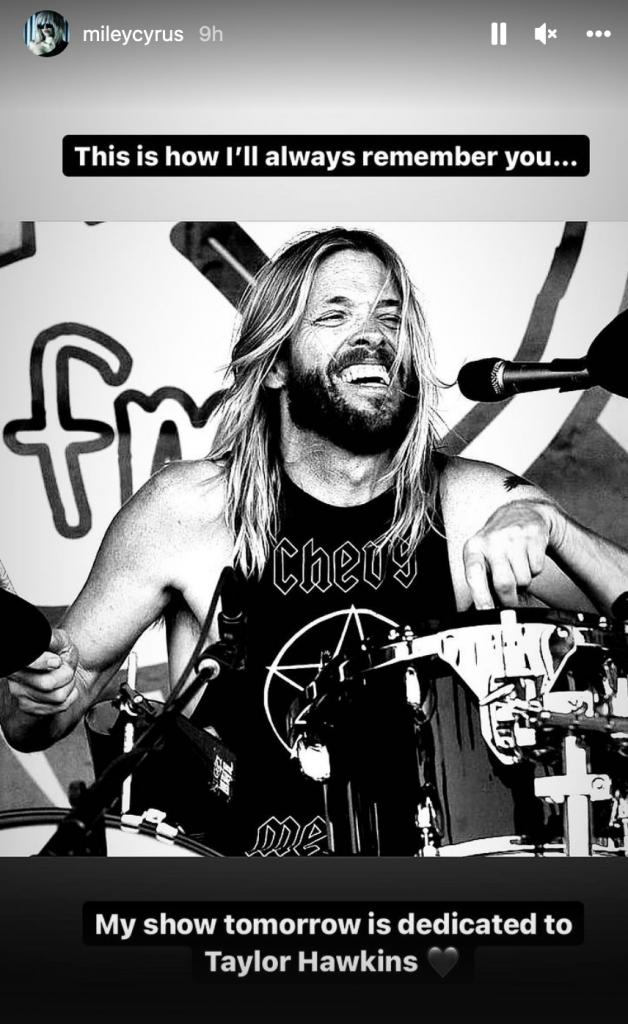 Imelda May also shared her heartbreak over the news on social media writing, “Taylor Hawkins has departed. He was one of the loveliest people you’d ever talk with, vibrant, funny, knowledgeable, interesting, deep thinking, quick witted, incredibly talented and so flipping cool!!!

“I talked with him not so long ago on his radio show and he told me off for never coming backstage to say hi at gigs as I didn’t want to bother him. He laughed, “Bother away! See you at the next one!”

“Be kind to each other, life is precious. I send huge love to his wife, children and loved ones including his @foofighters family. #riptaylorhawkins”

We are sending our deepest condolences to his family and friends.