From festive to non-festive hits. 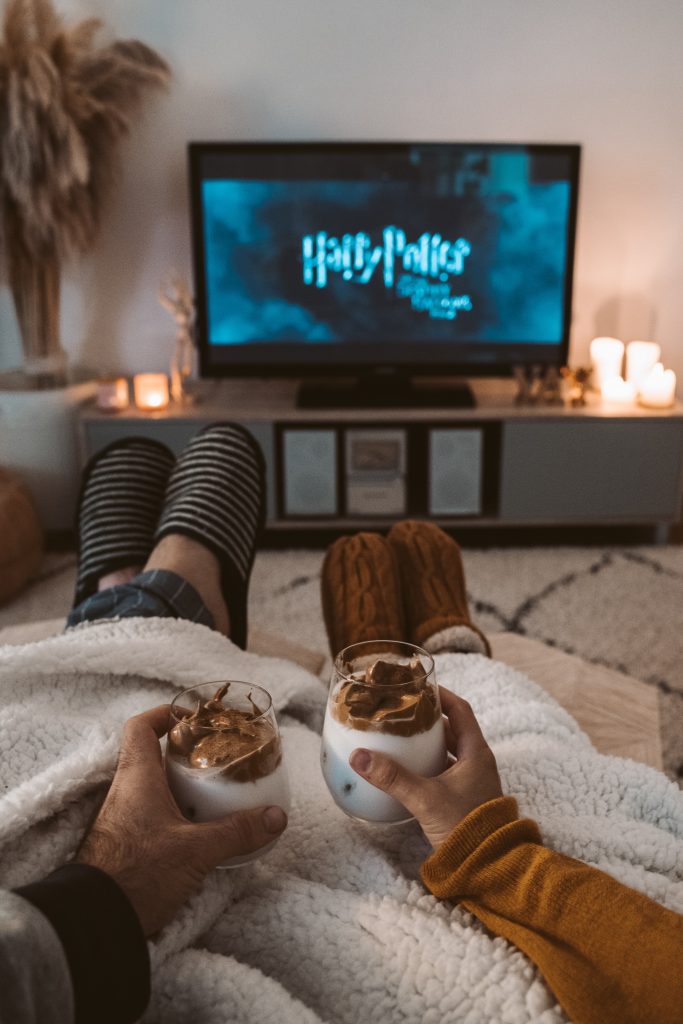 Usually, by the time Christmas Eve comes along, I still have one or two presents to pick up, a few things to return and the general rush around before I head to the local to meet the gals, each and every Christmas Eve. This year, however, I’ll be spending the evening in my pyjamas, vegging out in front of the TV before changing into my night time pyjamas. And let me tell you, I’m not mad.

I can bet that I’m not alone in this either, plus, it’s the perfect day to work your way through as many films as possible, right? Here are 12 films to add to your must-watch list. Both festive and non-festive, that the whole family will enjoy.

Charlie and the Chocolate Factory

The Holiday was the first Christmas film I watched in 2020, and it’ll certainly be getting another showing on Christmas Eve. An easy watch that fills you with all the festive vibes, sure who can resist Mr Napkin Head?

The Greatest Showman tells the story PT Barnum creating what we now know as the circus. Loosely based on real-life, this musical is the perfect pick to switch on and switch off. It’s something that the whole family will enjoy and be able to sing along to.

Is it even Christmas if you don’t work your way through the Harry Potter saga? We watched Harry and crew grow up, through The Philosopher’s Stone and The Chamber of Secrets to the Half-Blood Prince and more. With a whopping eight films to choose from, we certainly won’t be bored this December.

I know this film hasn’t dated well whatsoever and has its own kind of problems, but I’ve always had a soft spot for it really. All the different stories mixed into one makes me feel some kind of way, and it’s a fab Christmas Eve watch.

From the first moment I watched the 2019 Little Women, we knew this would be a film that’s watched again and again every Christmas. While it’s not as festive as others, there is something so heartwarming and festive about it, that it deserves a spot on your must-watch list. Where would we be without the March sisters?

Who can believe it’s been a whole 25 years since Jumanji was first released? Loosely based on the 1981 children’s book by Chris Van Allsburg, this an action-packed film that packs a punch too, whether the audience is 8 or 80, it’s a Christmas classic that’s not so Christmassy.

Another one that I’ll easily watch over and over again at Christmas. Plus, if you’re flicking through Netflix, there’s a special Elf version of ‘The Movies That Made Us’ that goes in behind the scenes of Elf and all the problems they had trying to get it off the ground, another must-watch if you’re an Elf fan.

Another golden oldie that received a revamp, The Secret Garden had a little remake in 2020. Telling the story that we all know and love, we see Mary moving in with her uncle after her parents pass away, befriending a stray dog and her cousin, finding the famous secret garden, and, well, the rest is history.

Honestly, how could I not include Home Alone? The first two films are iconic, but controversially, I also have a soft spot for the third. Three in a row, anyone?

What’s Christmas without seeing Olivia Newton-John and John Travolta strutting their stuff in Grease? We think Grease is worthy of at least two viewings: One where you sit back and relax to actually watch the film, and another with your drink of choice in hand and having a sing-along to each and every tune.

Last but not least, another musical. Because if we can’t enjoy multiple musicals at Christmas, then when can we? It’s a hard bargain between Dirty Dancing and Grease, with Dirty Dancing that bit more serious. So instead of picking between the two, take some time out of your bust schedule to put your feet up and enjoy both.