We Need To Talk About Kim Kardashian’s Latest Look

Will we be seeing this on the high street next? 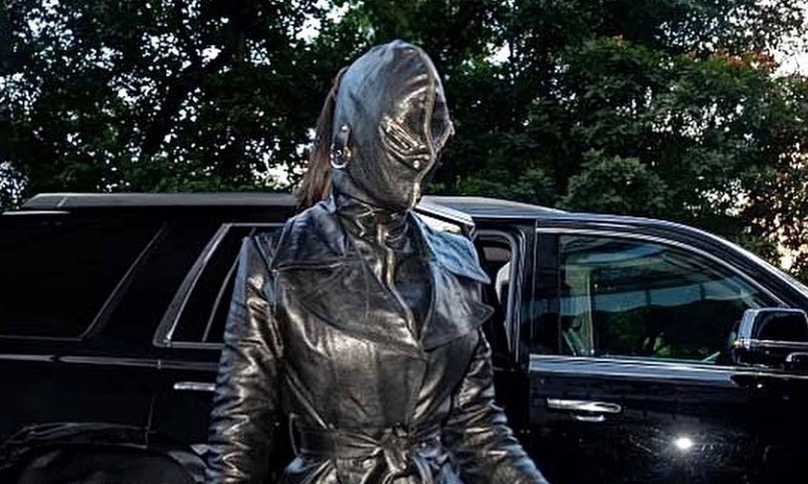 If you’ve been on the internet today, chances are you’ve seen the look in question…And we just HAD to talk about it.

Kim Kardashian arrived in New York ahead of the Met Gala on Monday, already making a statement.

Her ensemble yesterday had the internet going wild with mixed reactions, memes and more, there’s no such thing as bad press right?

Kim arrived in a head-to-toe, (and we mean literally) leather outfit by Balenciaga, which included a masked hood and zips where her eyes are, which were closed…

We are impressed she could see where she was going!

Kim sported a long ponytail which popped out between laces on the back of the mask, which looked highly uncomfortable, but as they say, fashion is pain sometimes!

Of course Kim being Kim she played it very cool making the outfit kind of work? Like, if anyone is going to make American Horror Story vibes chic it’s Kim.

Posting the outfit pics to her Instagram she captioned it with a knife emoji which only added to the unsettling aesthetic, commitment as always. 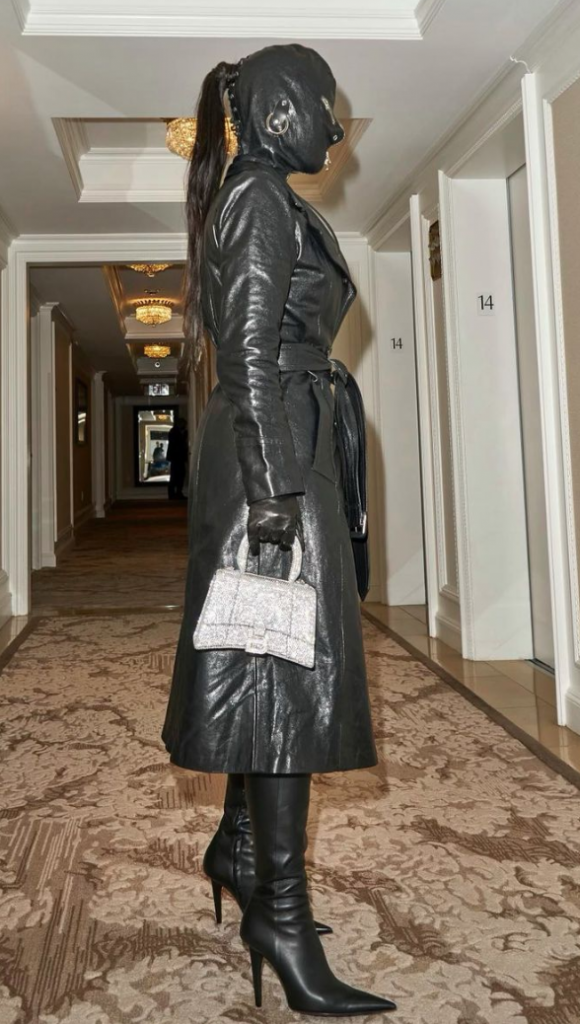 She later ditched the mask and headed out with her “ride or die” BFF Lala wearing what looked like the jacket from the piece. 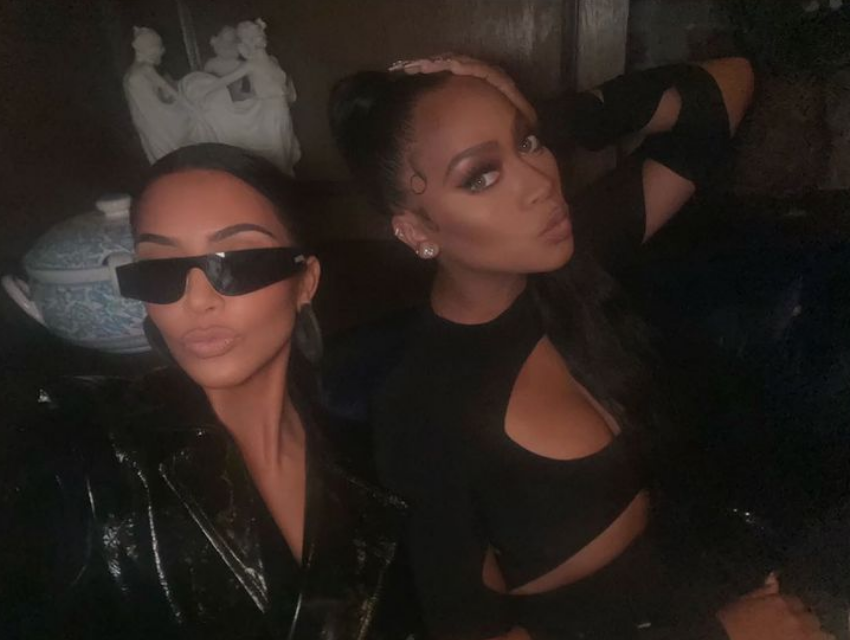 The Met Gala is on Monday and is the first one back since two events were cancelled in may 2021 and May 2020. This event will be a bonus with the regularly scheduled Met Gala returning again on the first Monday of May 2022.

This year’s theme is In America: A Lexicon of Fashion and plenty of A-Listers have flocked to New York this weekend ahead of the much anticipated event.

Kim is no stranger to the high fashion extravaganza that is the Met, she has attended multiple times always pulling off an amazing look.

We are so excited to see this years outfits and guests!

Is Kim teasing a sneak peek of what we can expect from her on Monday? Will we see a leather moment? A mask perhaps? We will have to wait and see!