‘What If I Fart In My Sleep?’ Dublin Girlo Is Not Looking Forward To Her Couple’s Minibreak

This month, Dublin Girlo is in a heap over going away with her new fella. 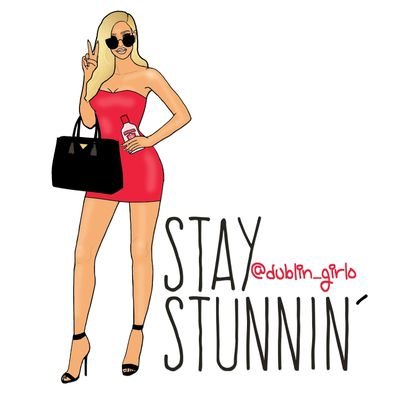 I’m panicking. Not because my period is late – thank God. Not because I’m going to die alone surrounded by cats (for a change).

I’m panicking because me and your man, your man I told you about last month – the casual encounter, who I have had many an encounter with since, are going down the country this weekend FOR THE WHOLE WEEKEND.

I know what you’re thinking, Huns. I said last month it was just a casual thing and nothing was expected from it, and it wasn’t. But here we are, a double room with late checkout booked, full Irish ordered for Saturday and Sunday morning and the harsh reality
that he is going to see me with no makeup on. And he is probably going to hear me having a shit too.

When he suggested this little trip away, I was sceptical. We had been seeing each other before and the only place we had actually been together other than mine was in a taxi when I collected him on my way home from town to go back to my place.

So you can imagine the shock on my face the next day when I got an email with a link to a hotel saying “What do you think of this place?” After I quickly confirmed if we would be sleeping in separate beds or not (do you see what years of being stuck in the fuckboy limbo has done to me?), I was pretty happy at the thoughts of getting the ride all weekend – until reality hit me like a ton of bricks.

I am not a morning person, and especially not after a night out. I wake up at the crack of dawn, usually around 7, and lie there covered in shame thankful that I don’t have to face anyone who could have seen me in my drunken state the night before for a few hours at least. Now he is going to be lying in the bed beside me and I can’t drop him home as soon as he wakes up.

Then there is the inevitability that I am going to puke my ring up back in the hotel after we are out. Am I ready for him to hear me shouting “Hhhhhhhughhhhhhieeeeeeeeeee” into the toilet bowl at 3 in the morning while crying my eyes out? NO, NO I AM NOT.

What happens if I shave my legs before we go down and then on Saturday morning they rub off him in the bed and feel like a cactus against his willy? Because they will after 24 hours. I’ll have more than a 5 o’clock shadow on my fanny by then too. I seriously need to invest in some laser hair removal.

And there’s the whole “hotel white towels versus my tan” murder scene that’s going to be left in the bathroom after I have a shower. I can’t not tan, I just can’t. Is it acceptable to bring my own towel or will he just think I’m a freak?

Do we reckon he’ll know when I turn the tap on when I go in the bathroom in the morning what is actually going on in that bathroom? I don’t know about you Huns, but Jägermeister does awful things to my stomach and I can’t tell him I’m not doing shots when we’re out in case they give me the runs now, can I?!

So here I am three days before we go, stressing out that this person nothing was supposed to happen with is actually going to find out that I’m a normal human with bowel movements and not the perfectly blow-dried, spray-tanned temptress he has been led to believe I am.