Who is Love Island's newest resident? 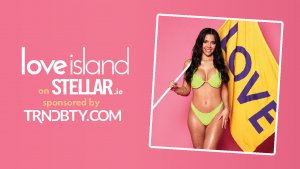 It’s only been on for five days, but Love Island has already delivered enough drama to last a lifetime. From Davide’s recoupling decision, Ekin-Su and Afia’s arrival, and Liam’s shock exit, but tomorrow night’s episode is set to have the biggest twist yet, as an ex will be entering the villa.

On the teaser for Sunday’s episode it was revealed that Gemma Owen’s last boyfriend will be entering the villa.

Naturally we were all shocked and confused but former Islander Amber Gill said it best in her review of the episode. Exclaiming, “What is this, Ex On The Beach?”

Still, this has got to be one of the most exciting twists yet, and we can’t wait for the drama to unfold. But who exactly is the ex boyfriend/new Islander. Well it seems as that Jacques O’Neill is the infamous former BF who will be moving into the villa.

23-year-old Jacques is a rugby player for Castleford Tigers.

The Yorkshire native had his family confirm his new Islander status on his Instagram. As they wrote; “It’s official!!!!! Jacques has hung his boots up for love and is entering the (Love Island) villa. ”

While Tigers Rugby club also confirmed he was taking a break to find love on the show. Writing on IG, “Castleford Tigers can today confirm that the club has agreed to release Jacques O’Neill from his contract to allow him to pursue another opportunity.”

According to The Sun, Gemma and Jacques were together for almost a year, with their relationship ending sometime in the last 12 months.

However, in an early episode of the show Gemma said she had been single for “a year and a half” so they might have ended things much longer ago.

Either way Jacques’ entrance is set to cause a big stir and we cannot wait.