We're not getting a reboot, but we're getting the drama.

The Jamie Lynn/Britney Spears drama has been heating up recently, especially after leaked snippets of Jamie Lynn’s memoir, Things I Should Have Said.

The sisters have been releasing statements back and forth, with Britney disputing claims from the book and calling Jamie Lynn out for using her story to sell a book.

But Britney isn’t the only one who is unhappy with Jamie Lynn’s book. Her former Zoey 101 co-star Alexa Nikolas is speaking up against Jamie Lynn’s version of events from her memoir.

In 2019, Alexa revealed how mistreated treated she’d been while on the Zoey 101 set, and specifically how cruel Jamie Lynn was to her. She spoke about how left out she felt when Jamie Lynn and the rest of the cast would spend time without her, but that was only the beginning.

“It started to escalate. All of a sudden, every day I was on set, they would kind of team up together and tell me I was an alien because I was so nice and they would make fun of me for smiling too much. A lot of digs on a regular basis, and it was starting to beat up my self-esteem,” explained Alexa.

She also mentioned fellow Zoey 101 co-star Kristin Herrera and a terrifying incident. Alexa said: “I was so nervous to be alone with Kristin, we go behind a rock, and there’s nobody there, and she pushes me into the rocks and started telling me some not-so-nice things.”

While Alexa and her mum told staff on the show about her treatment, this apparently didn’t help the situation. And after she reported the treatment, Britney even confronted Alexa.

However, Jamie Lynn remembered the situation very differently in her upcoming memoir. 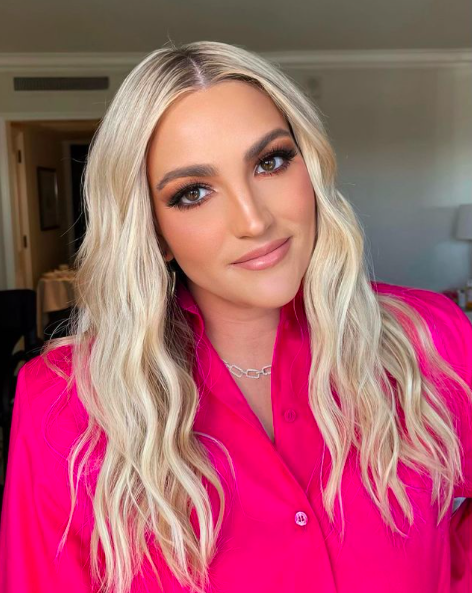 A leaked section of Jamie Lynn’s book claims that Alexa harassed her. Jamie Lynn claimed that Alexa spread malicious rumours about her on set. Including that Jamie Lynn “smelled bad” and had lice. These rumours reportedly hurt Jamie Lynn so bad that she had to leave the set one day.

At one point, Jamie Lynn also spoke about Britney confronting Alexa, claiming it was to defend her.

But Alexa isn’t having any of this and has claimed that Jamie Lynn is “lying up a storm in there.”

Alexa revealed that she and Jamie Lynn had made up after Jamie Lynn reached out, apologised and asked her to be in a music video. While she declined the offer to be in the music video she did accept the apology. But after the leaked memoir statements, the situation has changed again.

Taking to her Instagram story, Alexa wrote, “Nothing that she said in her book about me actually happened. I wish I could go back in time and tell my 12 year old self that you are actually extremely lucky to not have a friend like her. You are way better off without her. You don’t need toxic people in your life like that and you deserve better. And that’s the truth on that. I don’t mind saying all the things I should say for free.

“Typical move for a bully to play the victim card/gaslight others while straight-up lying.”

Alexa also revealed that Jamie Lynn tried to send her a “gift” days before, but she declined.

“I responded to her and said, ‘please do not send me anything and please stop contacting me.’ She never addressed anything that she mentioned in the book to me personally because she knows everything she is saying is a total lie, and I would have called her out on that. One on one. It’s sad to see someone not change after all these years.”

Alexa also opened up on a video for the YouTube channel, SL04N. Saying, “She was not bullied, I was bullied like relentlessly by her.

“First of all, no lice, no one got any lice. I don’t even think I’ve ever gotten lice. But no, there was no lice. I never heard that rumour. I have no idea—it’s almost like an old person trying to write about teenage drama and be like, ‘What do teenagers talk smack about? Lice and smelling bad.”

While Jamie Lynn and Alexa are on the outs, Alexa is nothing but supportive of Britney now.

Alexa revealed that she had unfollowed Jamie Lynn after the apology due to her treatment of Britney. Going on to say, “Just wanted to make it clear that I do. I stand with her (Britney). I hear her words loud and clear.”