The collection is truly a force to be reckoned with.

When it comes to makeup artistry, Pat McGrath is among the elite. Even before she launched her own cosmetic brand, she was renowned amongst some of the best, Naomi Campbell and Kim Kardashian, just to name a couple. She’s been called the world’s most influential makeup artist by Vogue, and was even included Time’s 100 most influential people list. She didn’t come to play.

Now, she’s added a new collab to her sought after makeup range, and Star Wars fans will be just beside themselves.  Inspired by the latest movie in the franchise, Star Wars: The Rise of Skywalker, the collection will be mad up of seven limited edition collectibles inspired by iconic characters.

SEEING STARS ⚡️⚡️⚡️ Mother had so much fun last night celebrating the reveal if the COSMICALLY CAPTIVATING Limited Edition Star Wars: The Rise of Skywalker Collection in London, featuring GALACTIC GORGEOUS models and some new friends, the DIVINE DROIDS C-3PO and R2-D2 ⚡️⚡️⚡️ Sign up to receive updates NOW on PATMcGRATH.COM. #TheRiseofSkywalker

As well as the divine packaging (even a non Star Wars fan has to appreciate it) the shades of the collection are also heavily Star Wars themed. Think highly pigmented, stunningly beautiful yet wearable eyeshadow palettes, complete with silky smooth lippies.

If you’ve been following Pat McGrath for a while, you’ll know she’s an avid Star Wars fan. So the collection completely makes sense, and really it was only a matter of time. Launching on www.patmcgrath.com from 12th December, it’ll prove hard to get your hands on it. But we can only bet that it will be SO worth it. 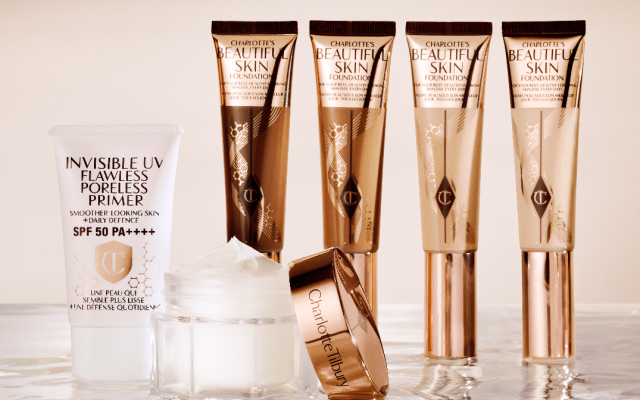 New In: 8 Beauty Products To Treat Yourself To