Are We Getting A The Devil Wears Prada Sequel?

A sequel to an iconic film? Groundbreaking. 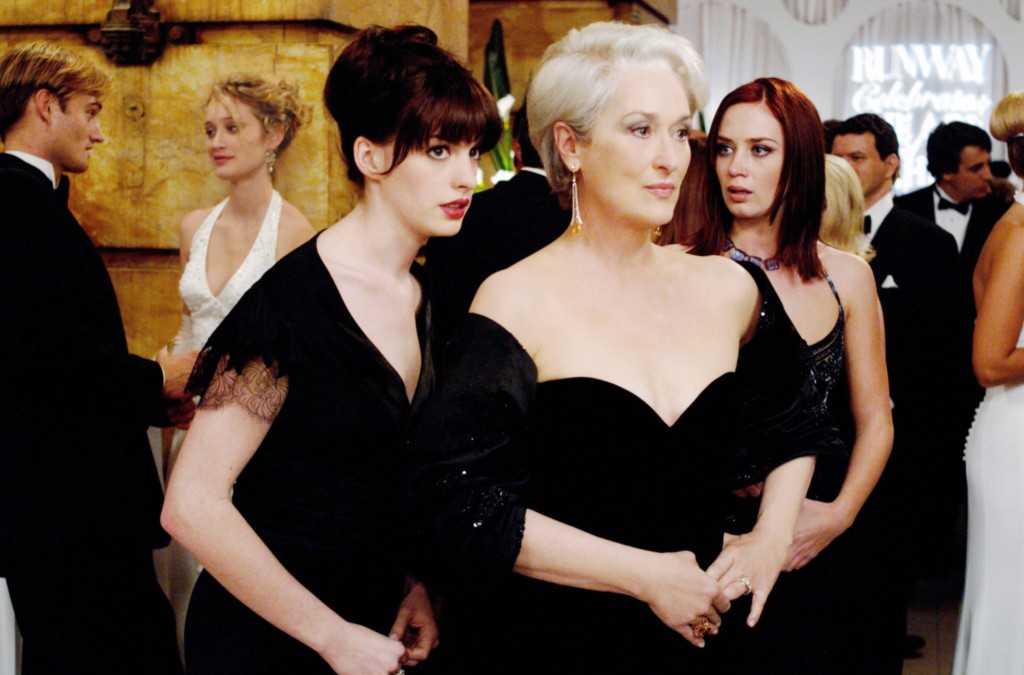 It has been sixteen years since The Devil Wears Prada was released and Meryl Streep’s interperatation of Miranda Priestly still haunts us in the best way when we choose our ootd…Luckily we don’t have to keep heels under our desks!

Although parts of the film hit just as hard today as they did back then, the landscape of fashion and magazine culture has changed a lot in the past sixteen years, meaning there is room to ponder what Runway magazine, and its staff would look like today.

There’s potential to have a whole new dynamic for an updated version of the film with social media, new celebrity faces and fashion trends. Perhaps we could have some cameos from the likes of Bella Hadid, Kim Kardashian and if we are really lucky THE Anna Wintour, who people believe Meryl Streep’s character is loosely based on, although the author of the novel the film was based off, Lauren Weisberger has stressed that Priestly is not the Vogue editor. 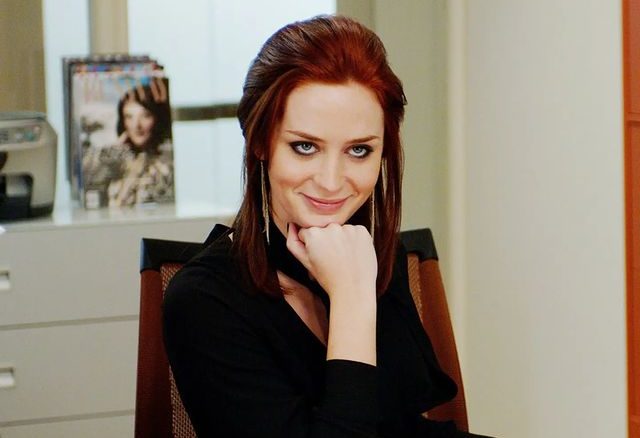 Stars of the film Anne Hathaway and Emily Blunt have been asked their thoughts on a possible reboot while appearing on talkshow, The View.

Just last week Emily said, “The green eyeshadow was so horrifying, it has to get another outing. And the fashion, we loved it, I would do it in a heartbeat just to play with those guys again.”

So Emily is in, but unfortunately Anne wasn’t as enthusiastic…she responded, “I don’t know if there can be [a sequel]. I just think that movie was in a different era and now everything has gone so digital and that movie is centered around the concept of producing a physical thing. It’s just very different now, although it is tempting to think about Andy and Emily needing to get Miranda her coffee and she’s somewhere in Europe. And then along the way they pick up Stanley Tucci in Italy who’s at a restaurant, it’s tempting, it’s tempting, but I don’t think it’s going to happen.” 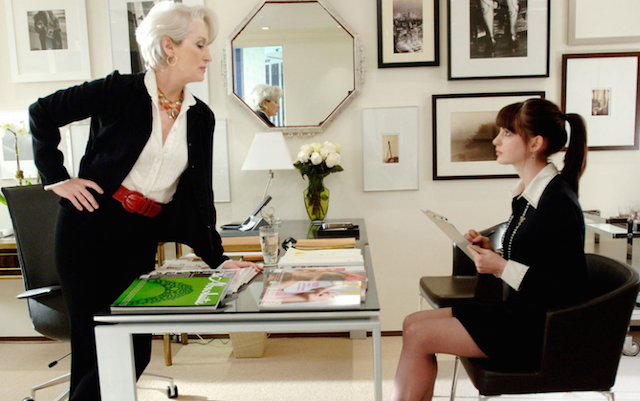 It seems she doesn’t invision an updated version including herself, but she’s open to the idea of a total re-cast continuing she said, “But they could re-launch it, they could get new people and do it, do you think they’d let us do that?”

The hosts of the view concluded they they “shouldn’t” re-cast the film, so we’re going to need Emily to do some convincing should the sequel ever really be a possibility… We’ll hold on to hope!