"I can love me better than you can." 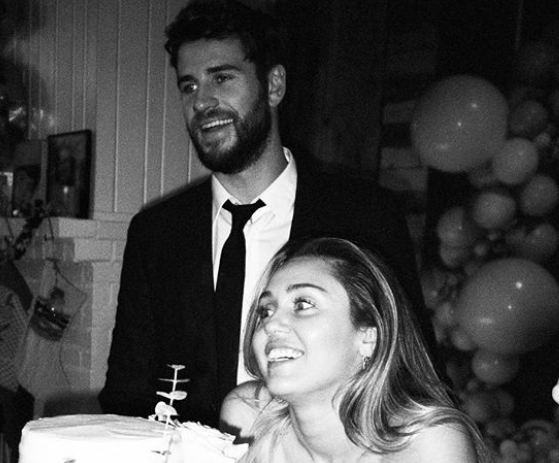 Miley Cyrus has just dropped a new music video and song – the perfect January pick me up and the song is an absolute bop!

Today also happens to be Miley’s ex-husband Liam Hemsworth’s birthday… So of course fans are going wild about the contents of the song and the date it was chosen to be released.

The song opens with a verse with the last line seemingly referencing her Malibu home, which she once shared with Liam, that burned down in the Malibu fires of 2018. Miley sings, “We were right ’til we weren’t, Built a home and watched it burn.”

Fans online are also noting the similarities of the chorus of the song to Bruno Mars’ song When I was Your Man, which fans are speculating Liam once dedicated to Miley.

Miley sings, “I can buy myself flowers,Write my name in the sand, Talk to myself for hours, Say things you don’t understand.

“I can take myself dancing, And I can hold my own hand, Yeah, I can love me better than you can.”

In the video we see Miley having a great time on her own as she struts, swims, works out and dances around her home, echoing the lyrics of the song which is all about self love.

miley cyrus wrote a song as a response to this bruno mars’ song which liam once dedicated to her, and she’s releasing it on his birthday 💀 pic.twitter.com/qR5G5gIuaq

Miley and Liam were together for a whopping 10 years, then called time on their relationship after one year of marriage.

According to People, a spokesperson at the time said, “Liam and Miley have agreed to separate at this time. Ever-evolving, changing as partners and individuals, they have decided this is what’s best while they both focus on themselves and careers. They still remain dedicated parents to all of their animals they share while lovingly taking this time apart. Please respect their process and privacy.”

Later that year, Miley was spotted kissing Kaitlynn Carter, which she said led to her being “villainised” in the press.

“What really sucked about it wasn’t the fact that me and someone that I loved realised that we don’t love each other the way that we used to anymore. That’s okay, I can accept that. I can’t accept the villainising, and just all those stories [about it].”

Miley continued, “It’s amazing to me the public thinks that there’s no gap of time that they didn’t see that could possibly be what led to this. It’s not, ‘One day you were happy on the [red] carpet and the next day you were making out with your friend in Italy, what the f**k?’ There’s a lot of time in between that you didn’t see.”