How To Change Your Relationship With Gossip

Bronwyn O'Neill asks if gossiping is really all that bad? 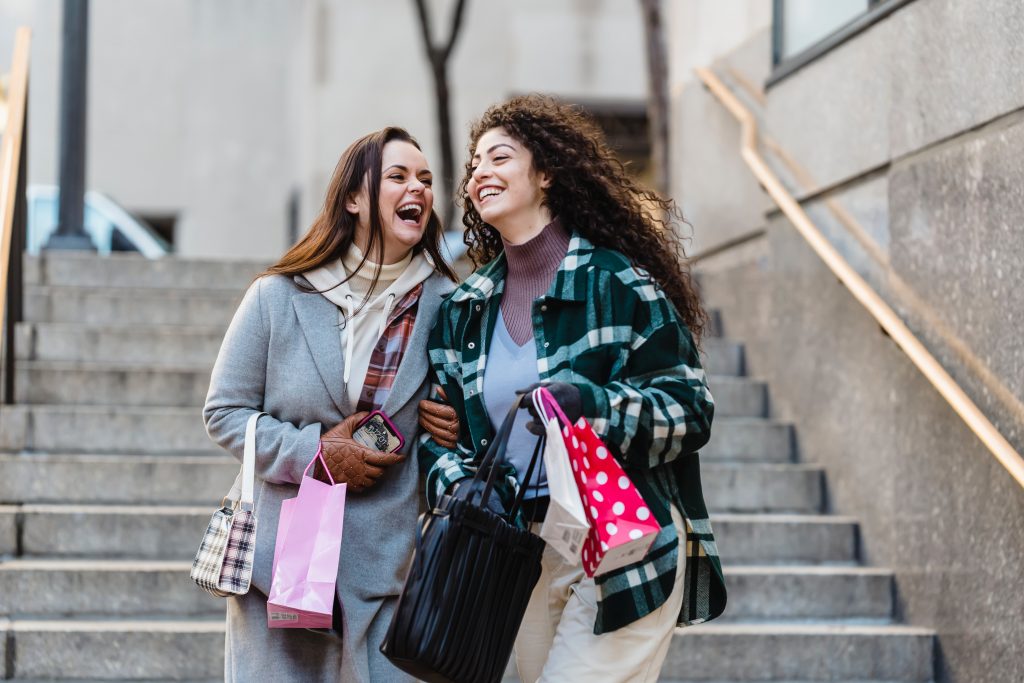 “You shouldn’t gossip.” These are words that I have been hearing my entire life. From teachers, from relatives and even from friends. I was first branded a gossip back in primary school and that label sat with me. Sat with me so intensely, I decided to go into media and make a living from, well, gossip.

As someone who loves to gather with my friends, glasses of rosé in hand and spill all the details about our lives, celebrities’ lives and everything in between, I shall never turn my back on gossip. But there was always that voice in the back of my head telling me that I was a bad person for divulging these details.

In recent years, I’ve been re-evaluating my relationship with gossip. Should I feel guilty about discussing what some may see as the misfortunes of others? Or should I be filled with rage because of the villainization of gossip? Gossip is mostly seen as a “womanly pastime”, so is it at its core a feminist issue? The idea that only women gossip may have something to do with the fact that gossip, in a lot of cases, is a very important means of survival. If you can’t physically fight, fight with your words. 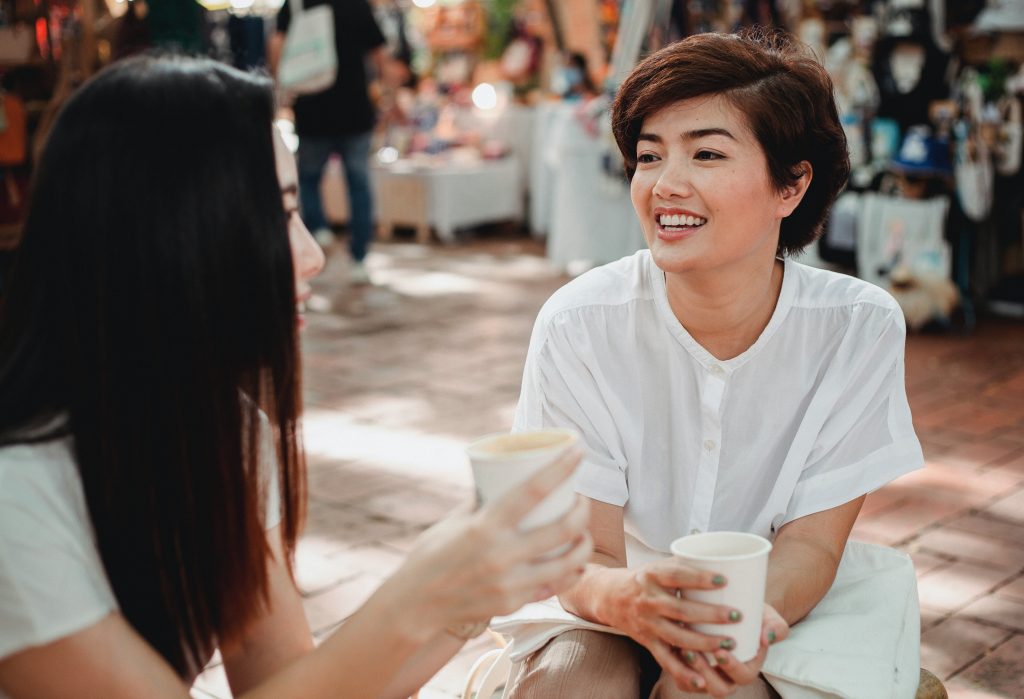 Take, for example, you start dating a new person and your friend tells you that they have heard that person is a serial cheater. Sure it’s gossip, but it’s also a warning that you could possibly get your heart broken. Or you strike up a new friendship and suddenly you’re told that they have sticky fingers. Obviously, it’s not nice to hear about someone but it’s better than suddenly being out your designer handbag.

In more serious instances, every woman has been warned to stay away from the lad who gets a bit “handsy” after a few pints. Gossip is, at its core, a survival instinct.

While I have been personally trying to rebrand gossip, there’s only so much I can do. So I turned to gossip expert, Dr Frank T. McAndrew to help me understand if my crusade was a feminist mission or if I was just a malicious bitch.

“Humans have been gossiping as long as we have had language, and some researchers have even suggested that the need to keep up with and spread news about others was one of the driving forces in the evolution of language,” he reassures me, explaining that the term is actually derived from the Old English phrase God Sib, which literally translates as “godparent.”

Okay, so how did we go from godparents to gossip?

“These companions were almost always females, and they were usually present during labour and the birth of a child. Apparently, medieval European births were very social affairs restricted entirely to women. The hours were passed in conversation and moral support, and it undoubtedly was a strong bonding experience among those who were present. Thus the original word was a noun specifically referring to the female companions of a woman during childbirth, and it was entirely benign in its usage.”

We can thank Mr William Shakespeare for taking something divinely feminine and making it nasty back in the 1500s.

“The first known literary use of the word in this negative context occurred in Shakespeare’s Midsummer Night’s Dream, and the Oxford English Dictionary defines the sixteenth-century use of the word as describing a woman ‘of light and trifling character’ who ‘delights in idle talk’ and was a ‘newsmonger’ or a ‘tattler’.”

In the 1800s it was applied to the type of conversation rather than to the person engaging in the conversation.

Francis goes on to tell me, “There is ample evidence that when it is controlled, gossip can indeed be a positive force in the life of a group. Gossip can be a way of learning the unwritten rules of social groups and cultures by resolving ambiguity about group norms. Gossip is also an efficient way of reminding group members about the importance of the group’s norms and values; it can be a deterrent to deviance and a tool for punishing those who transgress.”

Gossip started with women gathered around a friend ready to welcome a child into the world and has turned into something deemed as either malicious or frivolous. How many times has a man cut you off halfway through explaining the latest celebrity drama to ask “Who cares?” Clearly, I do, and the millions of other people who fund celebrity culture.

Another possible link between women and gossip is an ancient Chinese proverb stating that “the tongue is the sword of a woman—and she never lets it go rusty.”

While men can of course participate in gossip evidence shows that interest in what people of the same sex are doing is especially strong among women. While men report being far more likely to share gossip with their romantic partners than with anyone else, women report that they would be just as likely to share gossip with their same-sex friends as with their romantic partners.

Francis explains, “It has been well established that men are more physically aggressive than women. However, women are much more likely to engage in indirect ‘relational’ aggression, and gossip (with the goal of socially ostracizing rivals) is the weapon of choice in the female arsenal.

“Women are more likely than men to socially exclude others, a sex difference that appears as early as the age of six.” Lest we forget being told, “You can’t play with us” in primary school.

He continues, “The motivation for this relational aggression can be as trivial as simple boredom, but it more often transpires in retaliation for perceived slights or envy over physical appearance or males. The fact that highly attractive adolescent girls (who may be threatening as rivals) are at greater risk for victimization by indirect aggression is consistent with the notion that mate competition is a motive for such aggression. Whatever the reason for it, the goal is usually to exclude competitors from one’s social group and to damage their ability to maintain a reliable social network of their own. Evidence shows that it is specifically the gossip that occurs between women that is most likely to be aggressive and competitive.”

So, yes, gossip like all things can be used for evil, using it to further your own reputation and tear other people down. But gossip can also create strong bonds, you have to trust the person you are engaging with not to blab it around or tell the subject of the gossip you were talking about them.

But Francis assures me that gossip is a “social skill” rather than a “character flaw”.

He jokes that gossip only becomes a problem if you are caught. So get better at gossiping then?

“Good gossipers are usually very popular people. They know what is going on, but they also have a reputation for being sensitive and discreet in the way they use social information. Adopting the role of the self-righteous soul who refuses to participate in gossip at work or in other areas of your social life ultimately will be self-defeating. It will turn out to be nothing more than a ticket to social isolation.”

“On the other hand, becoming that person who indiscriminately blabs everything you hear to anyone who will listen will quickly get you a reputation as an untrustworthy busybody.”

Basically, gossiping is about being a good team player and sharing key information with others in a way that will not be perceived as self-serving and about understanding when to keep your mouth shut.