Irish People Are Screaming About This Viral Kate Moss Interview 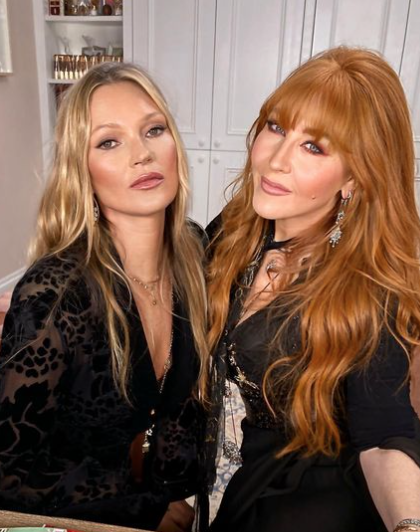 Here in Ireland, we have a lot of slang, words and phrases that we know exactly the meaning of, but someone who isn’t used to the Irish banter may not. For example, the use of the word “grand” in many different ways, saying “I will yeah”, when you have no intention of doing such task, and there’s many, many more where they came from.

It seems that supermodel Kate Moss came across one Irish term during her time here, but she didn’t quite get the meaning of it…

In a clip of an old interview with British Vogue, that they posted in honour of the supermodel’s birthday yesterday, Kate recalls her “supermodel nickname” according to the magazine’s TikTok account. But there may have been some miscommunication.

She explains, “We were in Ireland and we got a little bit tipsy at a wedding, and I think in Irish ‘wagon’ is drunk, so basically, we were all wagons. Because during that time we were all doing shows, drinking a lot of champagne and calling each other wagon.”

Errrr….We’re not so sure that’s what it means Miss Moss.

The comments of the clip have been flooded with Irish users letting people know that ‘wagon’ isn’t exactly an endearing term in Ireland, and it’s quite hilarious.

Kate hasn’t responded to the resurfaced interview, it was released two years ago so she may have learned the actual meaning since, but the giggle it gave the whole of Ireland was needed on this freezing January morning.

Yesterday Kate celebrated her 49th birthday, her daughter Lila Moss shared an adorable throwback picture of the pair on Instagram in honour of the big day. In the snap we see the mother-daughter duo wearing shades and Kate, as always is looking effortlessly cool.