"I guess I'm more similar to Will than I thought." 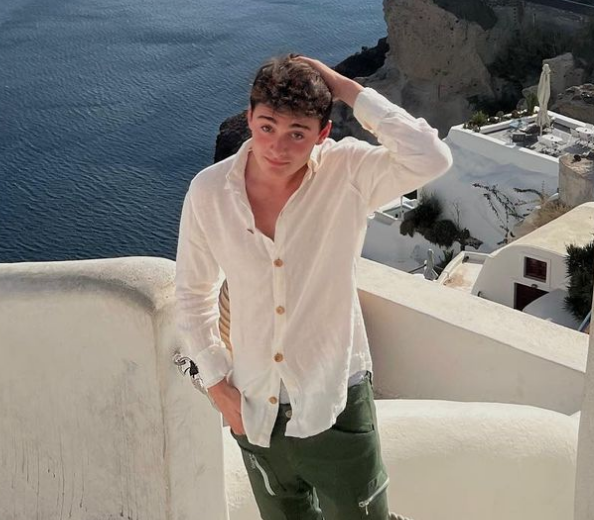 Stranger Things star Noah Schnapp has come out as gay in a new TikTok video.

The 18-year-old actor has shared his coming out experience with followers on TikTok and the comments section is full of support.

In the video Noah wrote, “When I finally told my friends and family I was gay after being scared in the closet for 18 years and all they said was “we know,” while the caption read, “I guess I’m more similar to Will than I thought.” Noah also mouthed the words, “You know what it never was, that serious, it was never that serious, quite frankly, it will never be that serious.”

“Will” is Noah’s character on the hit Netflix show Stranger Things, who he has played since 2016. Although it has not been stated in the show that Will is gay, Noah has previously shared his hopes that his character can have a coming out scene in the show’s final season.

He told Variety in the past, that he believes it is “100 percent clear that [Will] is gay and he does love Mike.” And that he is looking forward to seeing how his storyline develops in future.

In the comments of his TikTok his friends and followers shared their love, with Netflix commenting love hearts on the post and former Glee star Kevin McHale writing, “Proud of you”. The comments were also concerned with the connection he made to his character with one fan writing, “the caption” followed by a crying emoji and another saying, “the caption omg” with a crying emoji.

The fifth and final season of the show has not yet started filming, so fans will have a bit to wait before they find out what will happen to the cast in the end of the show. Netflix has released a teaser image of the script for next season with the title of episode one being called “Chapter one: The Crawl”.

It’s likely that the show won’t be airing until 2024 as according to Seventeen.com they haven’t started filming it yet!