Dirty wax pots filled with bacteria and hair plus even more gruesome stuff, here's why you need to say a firm no to double dipping.

Did you read Michelle’s piece on the icky things that can happen during beauty treatments? Dirty mani and pedi tools, towels that have been used on wet hair and then not washed, but tumble dried (gag) instead, and double dipping at the waxing salon.

Ah, double dipping. It’s a practice that’s all too common in Ireland, so we decided to have a chat with Trish O’Brien who, along with business partner Ellen Kavanagh, helms Waxperts, one of Ireland’s foremost waxing salons, and a location where double dipping is very definitely off the agenda.

So, what exactly is double dipping?

“It’s when the therapist re-dips a used spatula [the wooden stick used to scoop out and apply warm wax] back into the warm wax pot,” says Trish.

Rightio – but why’s that bad?

“Think of the underarm,” instructs Trish. “We never stop sweating here and because you’re pulling the hair out from the follicle when you wax, and the skin is secreting bodily fluids, if you’re repeatedly using the same spatula on the underarm and re-dipping, it’ll have remnants and secretions of perspiration going into the wax pot. Then, say, the next client comes in and wants an eyebrow or a lip wax… they’ll be getting those remnants.” Gross. We’re getting the picture.

But underarms aren’t as icky as vaginas, surely?

“I’d say they’re worse,” says Trish. “Skin in general secretes, and you can get blood spots anywhere, but people tend to think intimate waxing is disgusting, though the underarm is always sweating so it secretes way more,” she points out. “You really need to be making sure you’re using a new spatula for every single dip, no matter the area being waxed.”

“There’s a bit of a myth that if you turn up the temperature on a wax pot you’ll burn away the bacteria, but what you’ll do is give it a breeding ground to cultivate,” reveals Trish. #vom. The reason warm wax pots are so good at keeping bacteria happy is precisely because of their temperature. “Wax is always at a higher temperature than the body, of around 55 to 65 degrees,” explains Trish. That’s what makes it such a lovely, welcoming environment for nasties.

Speaking of which, what sort of bugs can I catch?

“I’ve seen pictures of awful things from the States, but thankfully nothing like that here,” she says. “The worst thing that’ll happen is you’ll get get folliculitis, which is when bacteria goes into the follicle and creates pustules on skin. It’s uncomfortable, like getting a spot on the face.” Sounds pretty icky to us, TBH.

So why don’t all salons observe the ‘no double dipping’ rule?

“Pure laziness,” states Trish. “They think it’s going to be more expensive but if you break down the costs it’s 70 or 75c to not double dip for a Brazilian wax. Spatulas are actually that cheap! We’re taught in beauty school not to do it, as it’s unhygienic, but it’s when people go out work in salons and they’re given restrictions to work to that they form bad habits.”

So what should you, as a customer, look for?

Always go to a salon that’s firmly in the no double dipping camp – like Waxperts. Good news, too: “Our Waxperts Wax brand is now in 300 salons nationwide and we promote no double dipping to every salon,” says Trish. But she thinks customers can really help to change salon behaviour.

“Clients need to know about it for salons to actually change their ways,” she points out. So, ladyfriend, if you see that spatula going back into the pot when it’s just done the last step of your Brazilian, just remember, the next girl’s eyebrow wax might hit a bit more than a bum note. 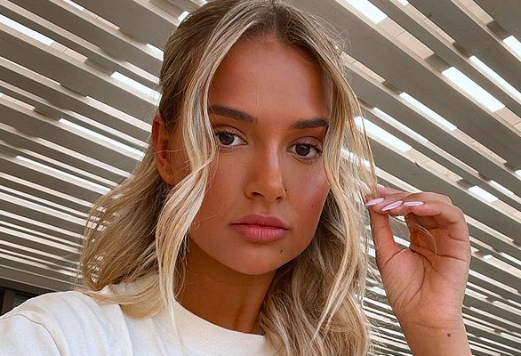