On the eve of a limited-edition collaboration with beauty brand Neutrogena, the Irish designer gives us a glimpse behind the scenes at her award-winning brand.

A little intro: Danielle Romeril is an Irish designer, based in London, who worked with Alberta Ferretti and received the coveted British Fashion Council NewGen award. Her latest foray? That’d be packaging – more specifically, a limited-edition version of Neutrogena‘s bestselling Pink Grapefruit wash. We caught up with her in Dublin to ask why, when, how – and what’s next.

I liked the idea that I could stretch to package design.

First off, we had to ask – why Neutrogena? “I’ve used the Visibly Clear Pink Grapefruit Wash for quite a few years,” says Danielle. “I feel like creative people are sometimes pigeon-holed, so I liked the idea that I could stretch out and do some package design.”

In terms of logistics, says Danielle, it was a collaborative process. “We had some design meetings and spoke about what they liked in my work and what they thought worked with their brand – what we ended up with was youthful and kind of pared back, but also that fun and girlishness that’s in some of the work.”

The finished product is quite trippy.

As for inspiration, Danielle cites the Memphis Group, an Italian design and architecture firm from the 1980s, as her starting off point. “That really struck me as being appropriate because it was bright and summery. I was also thinking about the product itself – it’s a beautiful pink hue, so the finished product is quite trippy and a bit like the camouflage that Neutrogena is kind of known for.”

Like so many Irish designers, Danielle studied in Ireland – but moved abroad after graduation. “I spent all my summers [during college] interning in Paris and London,” she recalls. “After I graduated I went to London where I worked for a year for a luxury brand, then I did a two-year masters in the Royal College of Art in London, from there I was head hunted from Alberta Ferretti and went to work in Italy.”

I love fashion but I don’t love working for other people.

From there, it was back to Dublin – “I love fashion but I don’t love working for other people” – to set up her eponymous fashion label. “I was working in Dublin for a while – from the beginning, we were showing and selling from London Fashion Week and Paris. I was really lucky in that the British Fashion Council spotted me. They were a great support in terms of giving me the NewGen award – which I actually just won for the forth time! That support brought me back to London.”

In terms of NewGen, says Danielle, “it makes international fashion press pay attention”, which is “how you build your business.”

“It’s very expensive to run a fashion house,” she says. “We make completely new products twice a year – there are very few other businesses that do that. NewGen has helped me get my foot in the door in stores, so I can continue to do what I love.”

Danielle’s schedule is choc-a-block: the design process starts in January, with the studio operating at full capacity – with six weeks to go to the A/W show, and spring/summer stock shipping to stores in the third week, there’s no downtime. Then in February, it’s showtime, “which is bananas!” says Danielle.

A lot of people are guilty of hiring mini-mes.

Next up, the team ships out to Paris to “do sales, which is a really exciting time.” March is dedicated to confirming sales, and April is production, “the nitty-gritty, making sure things are perfect.” May is dedicated to new-season research, June is making prototypes, and July and August it’s planning for September’s S/S show. Then they’re off to Milan, “Vogue Italia is taking me and a few other designers to an exhibition – it’s another great platform for designers.” Then it’s to Paris for the show… We’re exhausted just thinking about it.

The DR team is Danielle, her assistant Catriona, “who had worked at Erdem and McQueen before – she’s so good at her job and we’re a great team because she’s good at things I’m not! You need to find someone who’s different to you – a lot of people are guilty of hiring mini-mes because they’re comfortable.” Then she has a pattern cutter and a  machinist, as well as interns, “and I work with a great PR company.”

I struggle with social media – but I really enjoy when people interact with me.

As for social media, Danielle does her own, but admits she’s still learning. “You have to give away a lot of yourself on social media– I struggle a little with that. But I really enjoy when people interact with me and tell me what they think.”

Danielle is stocked in Samui in Cork and on Matchesfashion.com 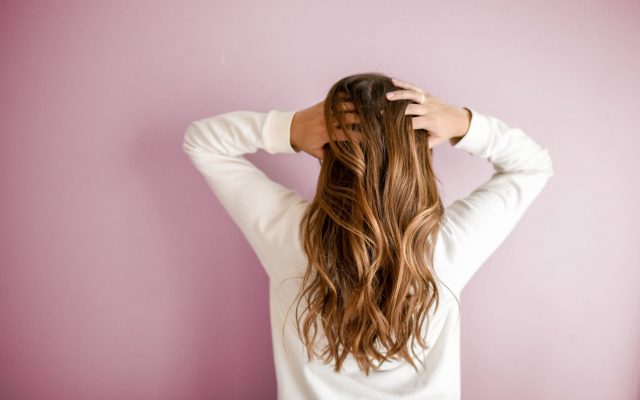