Real Skin Stories: Why I’m taking Roaccutane And How It’s Working For My Acne

We covered low dose Roaccutane therapy for acne in July's STELLAR, although the oral retinoid, isotretinoin, is commonly prescribed in a much higher quantity. We spoke with reader Sarah to see how she's getting on going the standard route.

Adult acne is on the rise, and in our July 2015 issue, we examine a new way to use controversial acne drug, Roaccutane. Low dose therapy is having big successes for patients and is a kinder, yet super-effective way to clear skin of the problem. In the feature, we examine low dose in depth, and here, we chat to another current Roaccutane user, whose daily intake puts her on the cusp between high and low dosages, to see how she’s finding her treatment.

“I’ve had acne for about seven or eight years,” says Sarah, 40. “It wasn’t really that bad at first, but then it turned to cystic acne.” Having tried every topical cream and product out there for the raised, red and notoriously hard to get rid of spots, she turned to antibiotics. “Although my skin was responding to them, I was having to take a three month course at least once a year, and the time between courses was becoming shorter and shorter,” Sarah explains.

Following referral to a dermatologist at St James’ Hospital, she was offered two choices – continue with the bacteria battling anti-bs or try a different pill, Roaccutane. Having heard horror stories surrounding the oral retinoid, isotretinoin, Sarah weighed up the risks. “I was aware of people suffering things like joint pain, skin dryness and depression while taking Roaccutane, but the long term antibiotic use was taking its toll on me anyway. My digestion suffered, and I was getting really bad thrush. The doctors had to keep changing the antibiotics because I was becoming resistant and intolerant to them.”

Antibiotic use was taking its toll on me.

Sarah took the plunge and started 30mg a day of Roaccutane in December, in the hope that after a couple of months she wouldn’t have to look at another tablet again. “At least this is a finite solution – well, fingers crossed it is!” Although Sarah’s dose is significantly less than the standard, which could be anything up to 150mg a day, it’s still higher than the alternative low dose regime [5-20mg a day or administered on alternate days] which we covered in STELLAR’s July issue.

“The dryness didn’t kick in for nearly two months,” reveals Sarah. “At first I was like, ‘well this isn’t as bad as people say!’, but I think you build up a certain amount of it in your system and then it really starts to take effect.” So, what have been the big changes? “My skin everywhere is thinner, especially on my hands, you can kind of see your veins more. You’re also more prone to damaging your skin, say you knocked your hand off something, you’d be more likely to get a cut or scrape.”

Every few days I’ll coat my face in Vaseline, even my eyelids, before I go to bed, it’s so soothing.

One of the main benefits to low dose Roaccutane therapy is the fact that you can use an accompanying prescription skincare regime alongside, something you can’t do when you’re using the high dose therapy, as skin is so sensitised.

Sarah, whose dose falls between both high and low amounts, tells us what she’s using. “My dermatologist advised me to keep the products simple and bland. She recommend an SPF50, which I’ve been doing, and Cetaphil – I don’t like to use stuff that’s been tested on animals, though I have heard that it’s very good. I’m not exfoliating at all because I really can’t, my skin is too fragile for that so I’m using Liz Earle Cleanse & Polish – although sometimes those muslin cloths are too much for my skin. Every few days I’ll coat my face in Vaseline, even my eyelids, before I go to bed, it’s so soothing.”

When it comes to going out and getting glammed up, Sarah confesses that make-up doesn’t really hold much magic, for the moment at least. “If I don’t have to put make-up on, my skin feels better because I don’t have to strip it with cleansers to take it off. I prefer to just leave my skin alone, it’s almost easier to not go out drinking. It’s hard to put make up on too as you don’t have a smooth canvas to work with. Bare Minerals powder has been quite good because it doesn’t sting and it’s a bit more comfortable.”

Has the drug affected her work life too? “I’m an artist, and I’d say it has a bit. I’m working on a project at the minute, it’s kind of self-directed, so it can be hard to motivate myself to go and work, but I mean, I don’t know if that’s my natural procrastination or the Roaccutane!”

After five months, due to severely dry eyes, Sarah’s dermatologist reduced her dosage to 20mg a day – now within the low dose limit. So how is she getting on? “I’m not completely clear yet, I’ve had quite bad dryness – dry skin and lips – but there’s a big improvement in my skin and it’s been worth it.”

And what about the dosage? “If I’d known there was a possibility of taking less Roaccutane, I would have definitely considered it,” says Sarah.

Right now she’s looking forward to the day, which should be anytime soon, when, “I can have fun with make-up again! Instead of just trying to hide something, I’m excited to go for a statement lip.” #yougogirl 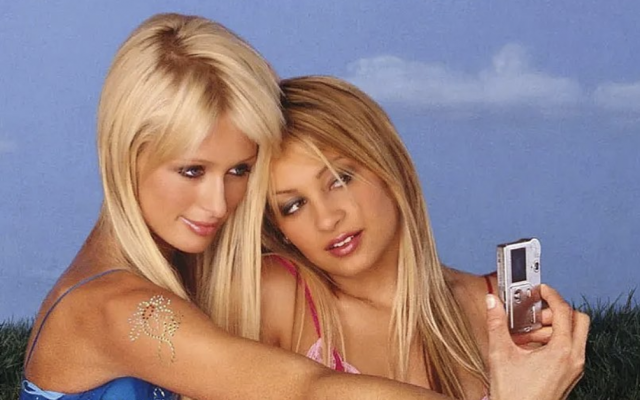 These Noughties Trends Are Back And We're Living For 'Em