We love Des and Mona. 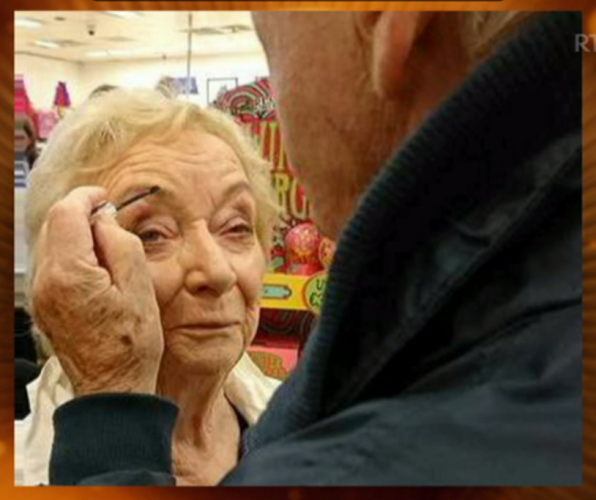 Last year, Waterford couple Des and Mona Manahan went viral after it was revealed that Des had taken makeup lessons to help Mona, who is partially blind.

The pair, who are 57 years married, even appeared on the Late Late Show, where Des shared a bit about what he learned:

Watching some people on television, I complain about how [their eyebrows] are not quite even. But you see I made this comment, full of myself, this afternoon when there was some makeup being applied. I was told: Eyebrows are supposed to be sisters, not twins.

Des and Mona’s story made it to Kim Kardashian’s makeup artist Mario Dedivanovic, who invited them to one of his masterclasses in London.

And now, makeup brand EX1 Cosmetics has collaborated with the couple on a little tutorial.

She's going blind, he does her makeup everyday…

She's going blind so he does her make-up for her everyday…turn your sound on and grab a box of tissues ❤ This is the cutest make-up tutorial you will ever watch.

“Your skin looks flawless,” says Des to Mona, telling viewers that he only applies a small amount of foundation and concealer because she’s already ‘perfect’. Are you weeping yet?

Mona, meanwhile, says that she’s thankful to her husband for learning how to do her makeup, because it helps her feel “ready to face the world”.

What a love story.