So You Want To Go To… Disneyland Paris

STELLAR Editor Vicki Notaro gets the lowdown on the happiest place in Europe.

I am a bit of a Disney nerd. I actually hadn’t realised quite how much of a Disney nerd
until I found myself crying at the Princess Parade while on honeymoon in Orlando last year, but ever since, I’d been dying to experience a bit more of Mickey’s magic. LOL!

Thus, I’d been pestering my husband to go to the Parisian outpost of the happiest place on Earth and was only thrilled when he bought me tickets as a surprise for Christmas. We decided to head to Paris for a long weekend that was half Disney fun, half general city-break.

Landing on Friday night, we checked in to our hotel in Le Marais, a hip, central and recently gentrified district in the Third Arondissement. While the area was a great location for sightseeing, shopping and Metro access, the hotel itself wasn’t much to write home about, and our room was tiny. Still, we barely spent any time there, so all that mattered was that it was secure, clean and reasonable.

We grabbed a late night bite at a local diner (Croque Monsieur pour moi, sil vous plait) and then settled under a heater on a terrace to consume some vin rouge with the locals. The next morning, it was time to see the sights. After a stroll around the locality and a peek in the shops, we headed for the Eiffel Tower. A cold, clear day meant the tower was busy, but not uncomfortably so, and we ascended the iconic iron structure floor by floor, stopping for food on the second and champers at the top. Joe wasn’t a huge fan of how windy it was way on high, but the views were unbeatable, and it was all quite romantic indeed. 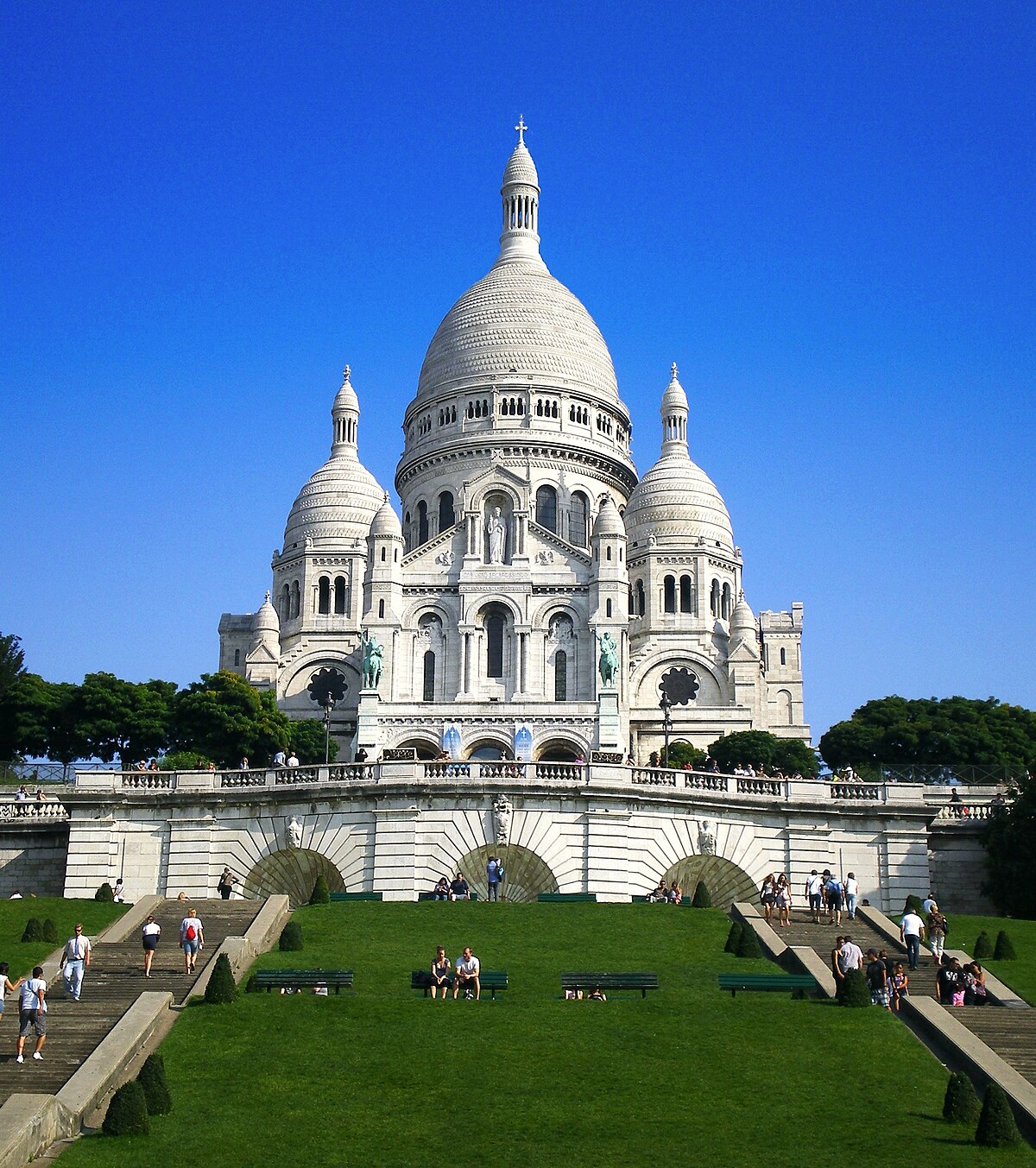 From there, we headed for Montmartre, a famous hilly village overlooking all of gay Paris. You can take a mini-tram up to the top where the beautiful Sacre Coeur church sits, or walk the many, many steps. Visitors then congregate on some more stairs to take in the stunning scenery, and many crack open a bottle of wine or bring a picnic. We purchased some mulled wine to stay warm, and snapped lots of selfies.

Next, a stroll to Pigalle, the home of the infamous Moulin Rouge (and some seedier neon-clad establishments). We had a beautiful dinner at a very hip joint called Pink Mamma. The Italian-fusion doesn’t take reservations, and a queue forms around the block an hour before opening. With four floors inside though, the turnover is pretty high.

Heading back to Le Marais, we went to a rooftop bar an Instagram follower had told me about, on top of a department store. It was sort of strange, but also like having a chic Electric Picnic VIP area on the roof of Arnotts. The drinks were great, views fab and atmosphere fun.

The next morning, we headed for Disneyland. You take the RER, their version of the DART, and it’s about 45 minutes from central Paris. We checked in to the Disneyland Hotel, handily situated right at the gate of the two parks, and absolutely beautiful. It’s pricey, from €450 a night, but the rooms sleep four in two double beds, and the location couldn’t be better. The mini bar is outrageously dear though, so don’t go there.

Then it was time to visit the parks, and they did not disappoint. Like mini versions of their American counterparts, the rides are actually a tad more extreme and just incredible fun. We watched parades and fireworks, bought souvenirs and tea towels, ate croissants and French fries, and screamed our heads off on Hyperspace Mountain and the Tower
Of Terror. If anything, how compact Disneyland Paris is is actually lovely, you’re not rushing around like a mad thing. Saying that, it’s just been announced that they’re extending the parks over the next few years in a €2 billion development, with new areas devoted to Frozen, Marvel and Star Wars.

If you can’t make it to the States and fancy a fun, romantic weekend away, I cannot recommend this itinerary enough. Paris is forever chic, Disney is forever fantastic craic, and I defy you to go and not enjoy yourself.