If you're no fan of horror but still want a spook, these are the films for you.

Some prefer the sequel Addams Family Values, but I think you have to begin with the OG. The fam started life as a satirical cartoon in The New Yorker, before several outings on TV throughout the 60s and 70s. This 1991 film follows the same idea – a family obsessed with all things ghastly and ghoulish living among their more relatively “normal” neighbours and friends in the mid to late 20th century. The role of Wednesday Addams made Christina Ricci a star, and the films are delightfully weird and wonderful.

Hands up who was terrified of this film as a kid? Tim Burton’s 1990 film stars Johnny Depp as the misunderstood Edward, a manufactured man with scissors for hands but a heart for loving! He’s taken in by a nice middle class family and of course, their daughter (Winona Ryder) eventually falls for him. But the neighbourhood just can’t accept that this creepy guy could actually be decent. Quite the metaphor, huh? If you love this, you’ll also love the director’s brilliant Beetlejuice. 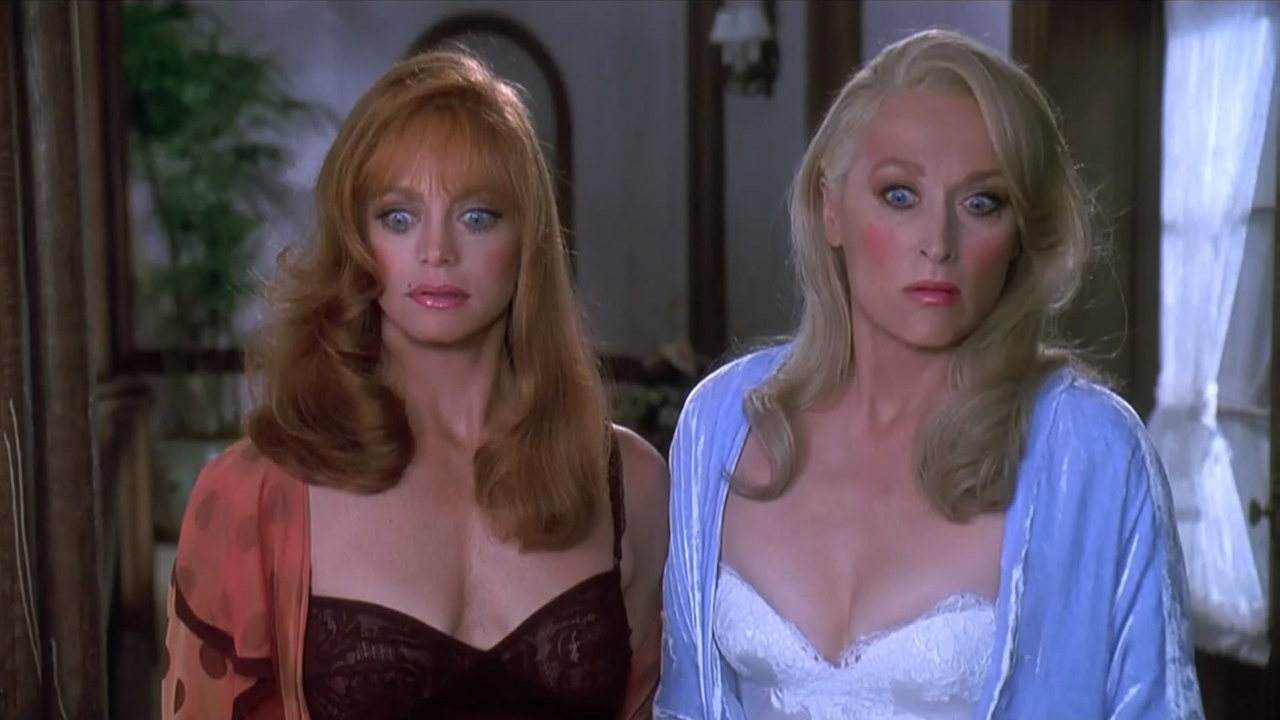 Perhaps the campest film of Meryl Streep’s career, this 1992 flick focuses on a pair of friends. Madeline (Streep) is a glamorous actress obsessed with her looks and ageing, while her mousey old pal Helen (Goldie Hawn) has always been in her shadow. When Helen’s fiancé leaves her for Madeline, she’s distraught and will do absolutely anything to make herself as young and beautiful as possible – even sell her soul to the devil. A cult classic and as funny as it is odd, it’s one of my all time faves.

Is there anyone alive right now that hasn’t seen this film? And who else fancied Max as a child? It has everything; a cute brother/sister dynamic, some sexual chemistry, three crazy witches, a talking black cat, and lots of supernatural happenings. Sarah Jessica Parker and Bette Midler steal the show as two of the dastardly sisters brought back to life by silly Max while showing off, and want to suck the youth from every kid in town…

I’m a Sandra Bullock devotee, so combine her with a sleepy American town and witchcraft in the fall, and I’m sold. Here, she plays one of two spooky sisters (alongside Nicole Kidman) raised by their witchy old aunts, but they have a problem – any man they fall in love with is doomed to an untimely death. Sickener. It’s based on a 1995 novel of the same name, and it’s well worth a watch. I’m a thirty-something woman that still adores a good cartoon, and spooky critters make for excellent animated characters. The Hotel Transylvania films (there are three) focus on Count Dracula opening up his creaky old castle when times get hard, and the subsequent hijinks of the undead one and his pals. Another creature-oriented classic is Monsters Inc and the highly underrated Monsters University.

Roald Dahl’s classic tale is getting an update next year starring Anne Hathaway, Stanley Tucci and Chris Rock, but the 1990 version is still brilliant if a little dated. Goth queen Anjelica Houston stars as the Grand High Witch whose annual conference of witches around the world is disrupted by an inquisitive little boy and his grandmother.

The Witches of Eastwick

All the best spooky autumnal films are set in New England, with a perfect backdrop of amber leaves and pumpkins. This film stars the amazing trifecta of Cher, Susan Sarandon and Michelle Pfeiffer as three dissatisfied pals that all find themselves single. Without realising that they’re witches, they unwittingly form a coven. And then the arrival of a handsome stranger (Jack Nicholson) unlocks some of the town’s secrets…

I had to include this absolutely brilliant Scream parody because of how absolutely well done it is. It basically rips the absolute piss out of every 90s horror film aimed at teens, but it does it with kindness and humour and it’s still pretty gory. The Wayans brothers do a brilliant job with the script and performing, and Anna Faris is hysterical in the leading role. 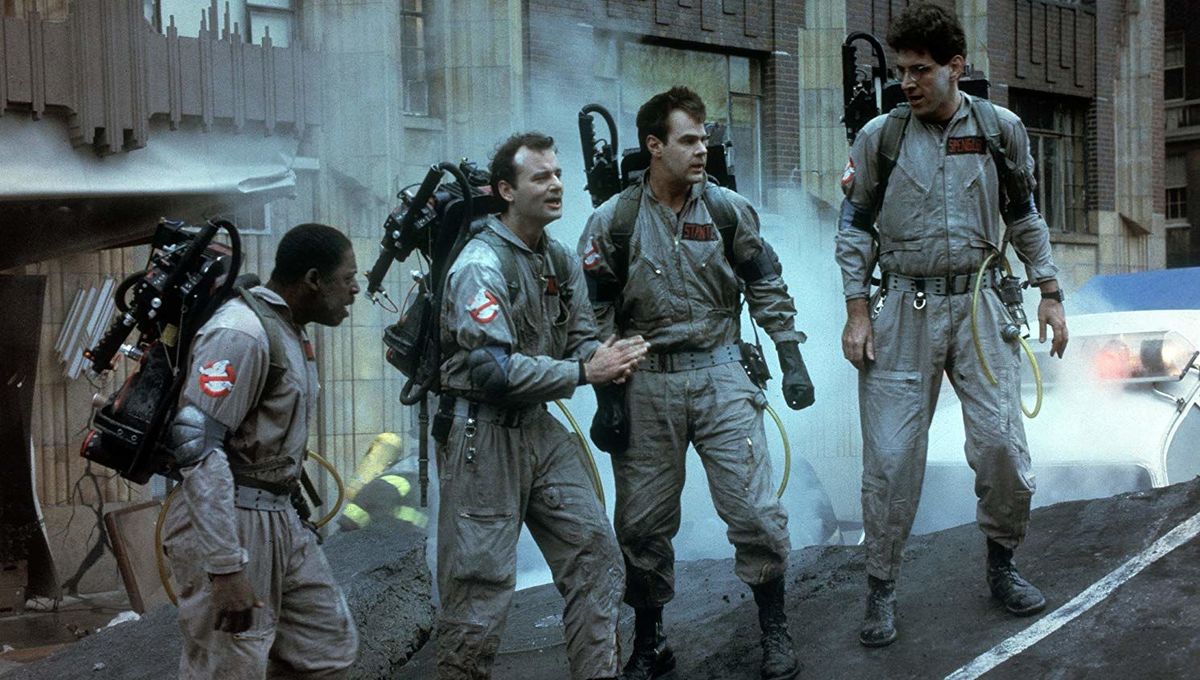 Whether you prefer the classic 80s films starring Bill Murray or loved the female reboot with Melissa McCarthy, the story doesn’t date and is still deliciously odd. It centres on scientists that believe in the supernatural, and attacks by crazed spirits on the big city. Of course, everyone thinks they’re insane at first, until faced with a malevolent ghost that wants to destroy everything in its path. The new one has Chris Hemsworth in flying comedic form, if that convinces you. 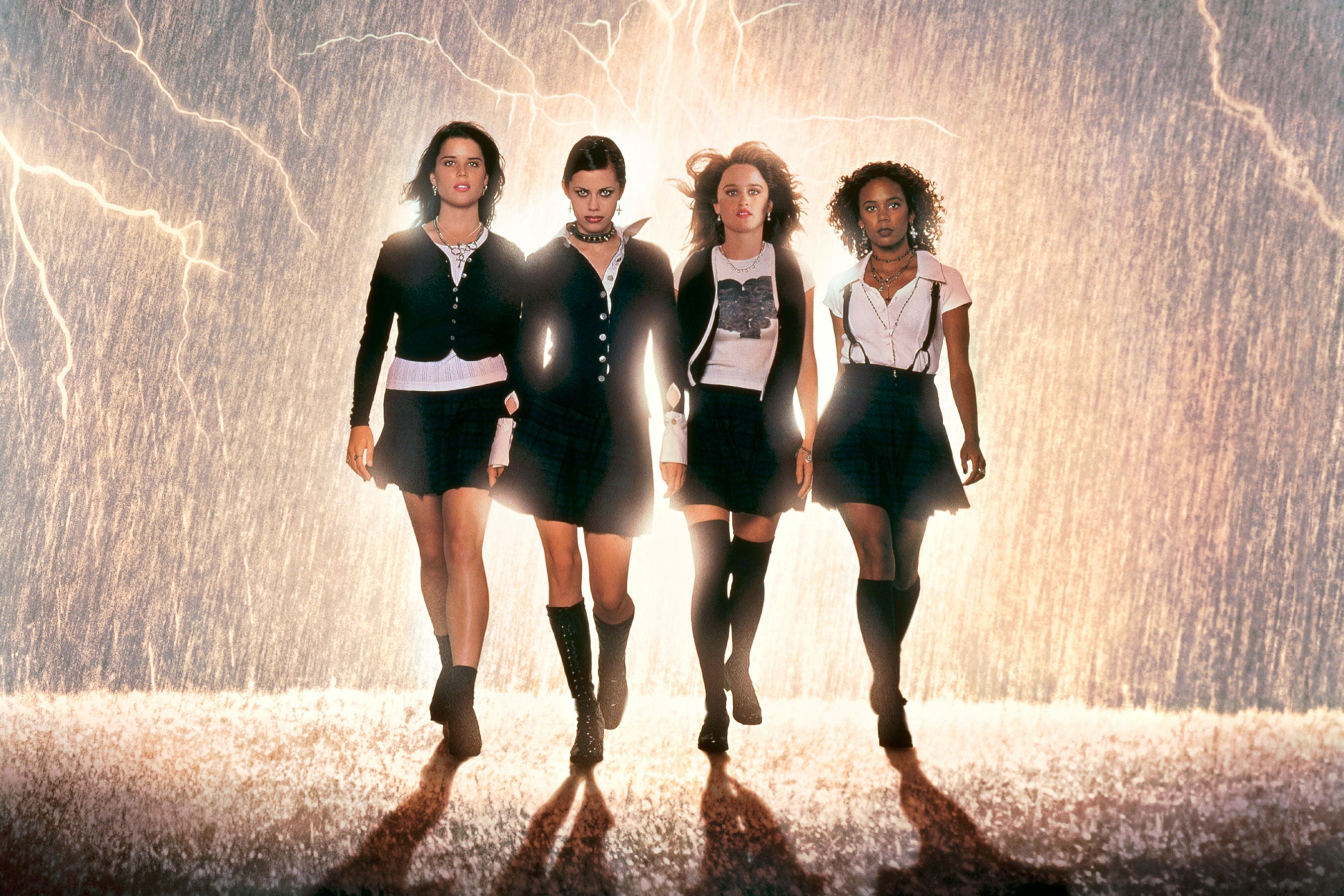 A sleeper hit when it was released in 1996, this film is the epitome of 1990s high school angst with some witchcraft thrown in for good measure. Four outcasts use magic to become the most popular girls in school, but their newfound power goes to their pretty little heads and things soon get really creepy. It’s a bit jumpy and effed up in parts, but overall just a fun teenage romp with decidedly spooky undertones.

Okay this one is technically kinda scary, but it’s also something of a cultural phenomenon that’s totally camp and totally reignited the slasher genre in the 90s. Who can forget the absolutely chilling opening sequence when babysitter Drew Barrymore is taunted via house phone (no mobiles, terrifying!) by a masked man who ends up gutting her and hanging her from a tree? Still gives me the heebie jeebies.

Puberty and adolescence is tough for everyone, but even more so when you discover that you actually come from a long line of werewolves. The adorable Michael J Fox stars in this 1985 film as the aforementioned Teen Wolf, but his new hairy status doesn’t make him an outcast – quite the opposite actually, it makes him famous and popular. This one is a huge cult classic, with people attending screenings every year where they sing and shout along with the story. The premise is fairly simple – because of bad weather, a couple end up checking in at a hotel, but all is not what it seems as the hostelry is inhabited by some very strange folk indeed. Even if you’ve never seen the film, you’ve likely danced to the iconic Time Warp at many a wedding. Fans of cult movies will also enjoy the 1986 musical Little Shop Of Horrors, based on the off-Broadway show of the same name.