This Irish Company Is Creating Adorable Prints For Customers And We’re Obsessed!

At STELLAR HQ we’re always on the hunt for gorgeous gifts and interior additions that wow, especially when there’s something a little bit special about them. Well, if you’re on the hunt for something that ticks those boxes, then look no further than JANDO.

JANDO are award winning Irish printmakers based in Dublin, Ireland. Created by husband and wife team Julie and Owen (hence the acronym J-AND-O), they specialise in colourful, architectural themed prints.

JANDO uses a combination of both traditional and modern printmaking techniques, including screen printing and hand drawn illustrations to create their iconic art pieces. We’re a little bit obsessed.

Their latest campaign, “Everyone Has A Place With JANDO” showcases 4 gorgeous customer prints and the stories behind them.

Helen gifted her Mum Valerie the Grattan Bridge print (pictured above) as thank you for all the late-night collections after failed Tinder dates. Grattan Bridge was their place to meet after grabbing a slice of Fontaines pizza. They would have a debrief in the kitchen over a cup of tea, which is where the JANDO print now resides as a frequent reminder of those unforgettable evenings spent together. 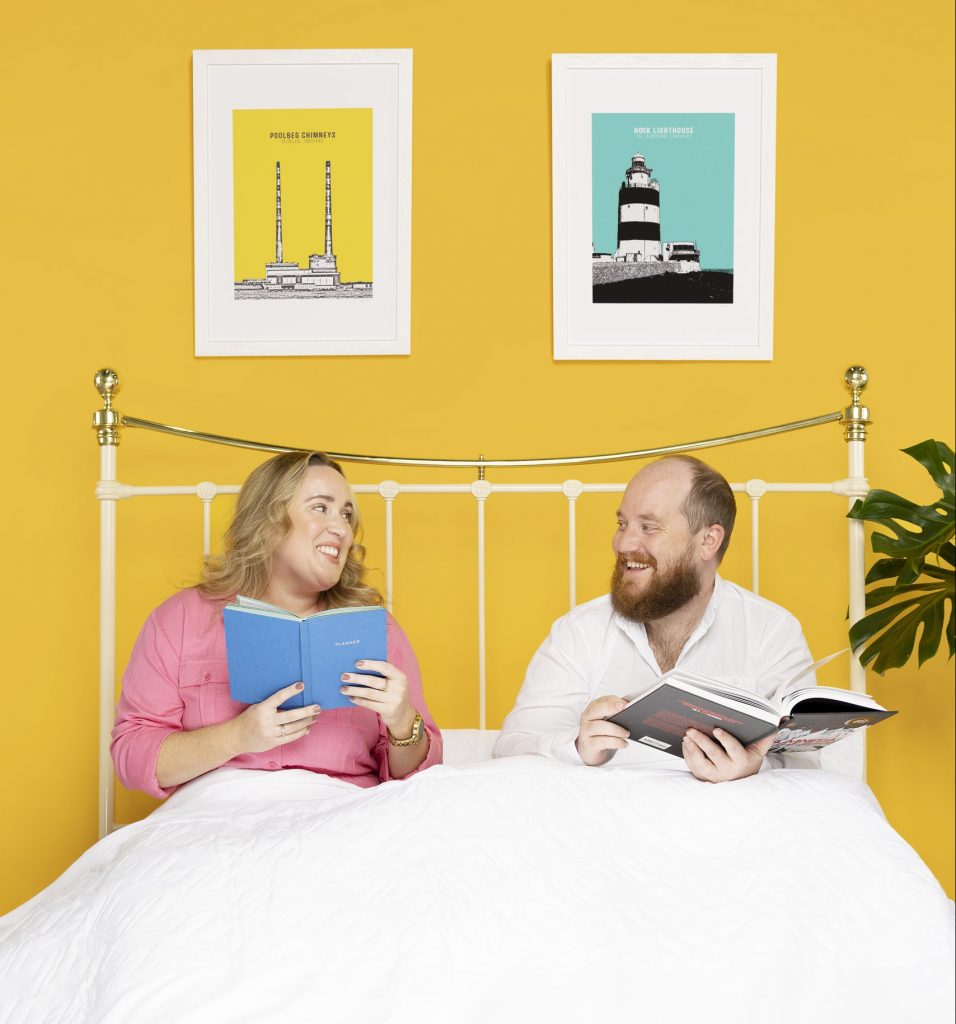 Shawna and Kevin have their JANDO prints positioned above their bed to avoid any fights over who sleeps on what side. Shawna is from Dublin and she used to be able to see the Poolbeg Chimneys from her Nanny’s house. Kevin is from Fethard, Wexford where he used to work as a tour guide in the Hook Lighthouse, the oldest operational lighthouse in the world. The couple, along with their JANDO prints, will soon be relocating to their new adopted county of Wicklow.

Jodi who is from London met Ria in a bar in Dublin. They have been together for 5 years. Ria gifted Jodi the Battersea Power Station print to remind her of home, which now takes pride of place in their lounge. They live together in Dublin with their adorable two-year-old Frenchie called Frankie, who made a special appearance in the photoshoot.

Paul gifted his wife Kathleen the Guinness Storehouse JANDO print. Paul and Kathleen have close family connections to the Guinness Storehouse, with their daughter and wife’s grandfather both working there for many years. They have a very fond relationship with the landmark and the print brings back special memories for the whole family.